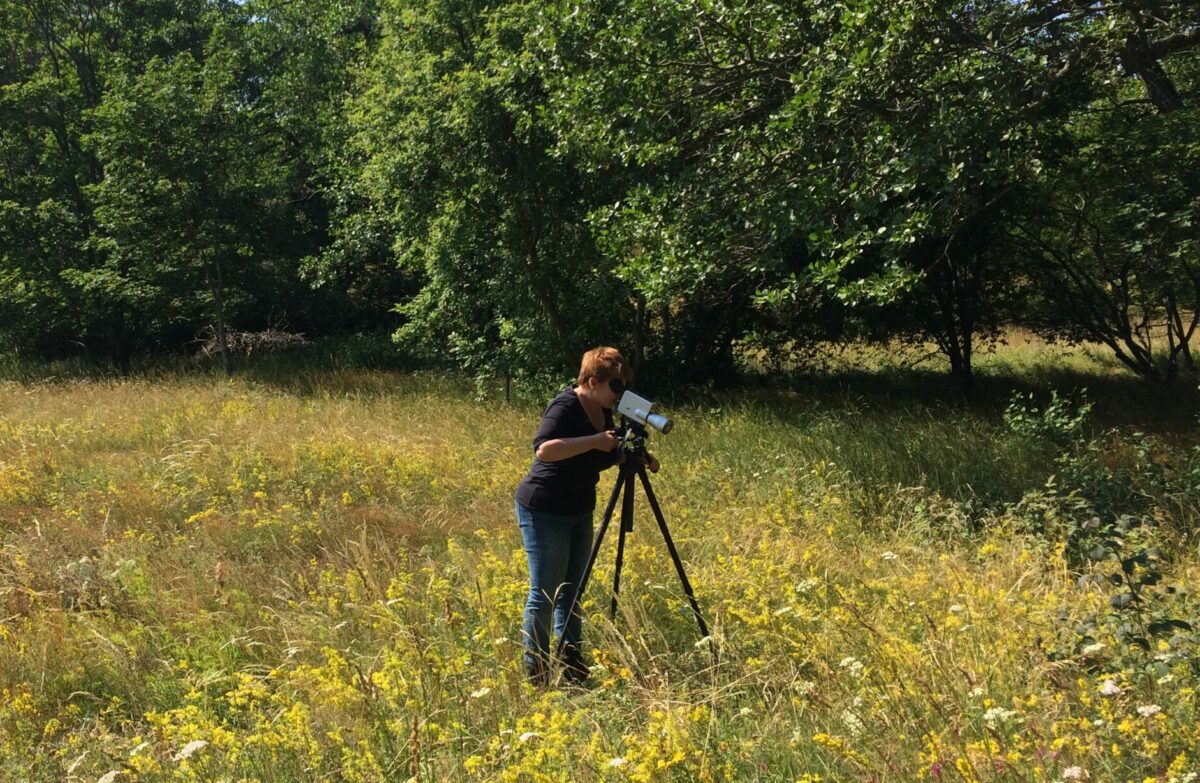 To follow the diverse and often unpredictable paths of enquiry and collaborations in the project Spectres in Change, CAA interviews the artists and scientists working on the island of Seili at different stages of the process. The first interview was conducted by Saskia Suominen during the autumn 2020 and winter 2021.

What are you currently working on?

At the moment I am working on an upcoming exhibition at Kunsthalle Helsinki in 2023. It includes, among others, a 16mm film that revolves around the essence of time and matter. The work creates a concentrated and multifaceted interpretation of the concept “Deep Time”, which refers to the time scale of geologic events starting at the birth of the earth. By plunging into the various layers that make up the earth’s stored chronicle, the work challenges our way of looking at surface and depth, present and past, and the human chronology in relation to the lifespan of the mountains and rocks. The film explores how time manifests itself in the complex system that constitutes our planet’s metabolism. In this gradual process where surface and subterranean change places, the geological and organic intertwine, giving birth to each other.

By a strange turn of luck and goodwill from Sabina Westerholm, director of the Nordic House in Reykjavik, I travelled to film on Iceland during the fall of 2020. Iceland is, by earths standards, a young island, still in the middle of giving birth to itself. You are struck by a mental and physical vertigo while crossing the immense lava fields on twisting roads, gazing in the eyes of the sulphur-fuming claypits and sensing the erratic motion of the earth’s crust beneath your feet. While filming at the Krýsuvík geothermal cauldron the ground suddenly shook like crazy, and I was jolting with it for a time which felt like an eternity. Alarmed and excited I squeezed my lunch sandwich, as there was nothing else to hold on to. The violently beautiful landscape devours its spectator and positions the human as a tiny vanishing dot in the midst of the incomprehensibly grand event of nature.

I’ve been filming material for this work since 2019 at various locations: fossils at the Swedish Museum of Natural History in Stockholm and the Museum of Evolution of Uppsala University, dripstone formations at Nerja caves in Spain where geological, biological and archaeological research is done side by side, and granite cliffs on the Finnish islands, where the Ice Age has left its marks on one of the world’s oldest stone types – the movements of the Precambrian source rock here in Fennoscandia are very slow.

How has working in Seili contributed to your artistic work in general?

Seili gives me hope and a peace of mind, both important for the integrity of thought and time to concentrate in these peculiar times. The buildings there have a sad and painful history, yet the island itself is serene and welcoming. Like in Iceland, the nature brings you to a closer connection with your origins. Stripped bare – or pure – enables a more direct encounter with your environment and yourself, both a frightening and comforting thing at times.

I’ve visited Seili since the 1990s and staying there makes me think about the nomadism of artists: for various reasons, we travel to destinations often without delving deeper into the environment, culture, history or present conditions , and because of this we don’t quite recognise changes, traditions or long term patterns of cause and effect. It’s almost necessary to grow mycelia, a kind of an organic attachment to the landscape, before you have anything to say about it, or before it gives you something. This is why long or repeated residencies are significant, such as on Seili.

Each project brings new perspectives to my work. So does Seili. Following the grazing sheep, documenting the flowers bloom and wilt on the meadows, filming the dance of pollinating insects – and above all, seeing how one event unveils and launches the next in a continuing cycle – grant me further understanding of the world we are part of. The fact that the historical buildings today host scientific research on the current state of the Baltic sea, inevitably makes the visitor acknowledge the fragility of nature and the necessity of change.

Could you tell a little more about your work Beacon? Has something about the process been especially inspiring?

Beacon is a performative video work I made for the Screen City Biennial 2019 titled Ecologies – lost, found and continued curated by Daniela Arriado and Vanina Saracino. My aim was to create an expanded cinema event, taken out of the white cube and into the streets among people. The work, filmed on 8mm film on several nature conservation areas in the Finnish archipelago, mimics the light beam of a lighthouse: unselectively it sweeps over a landscape, picking out seemingly insignificant but vitally important details that are often left unnoticed. The film was projected with small portable pico-projectors on buildings as well as the bodies of passers-by. It was marvelous to see the glimmering spider webs and leaf veins merge with the open palms of viewers. The act of sharing and holding these delicate worlds in the cup of your hand, concretely demonstrated the power and responsibility we have in relation to our environment. In 2020, supported by CAA and curator Taru Elfving, Beacon continued to evolve as I studied how the grazing sheep in Seili contribute to the restoration of coastal meadows and their biodiversity. These patient animals taught me an important lesson: if a damaged landscape can be healed by eight sheep, it’s not too late to retrace your steps in other matters.

In Seili you were observing the animals, plants and insects living on the island. Your latest work, however, concentrates on geology, rocks and clays. How does it differ being present among these diverse forms of life, or do you see similarities between them?

Everything around us is in motion and alive, each in its own way. Even our bodies are inhabited by lifeforms that feel alien to us, as trillions of bacterial organisms and microbes interact and affect our development. When observing insects, their fragility is bewildering. Yet for instance the resilient and altruistic ant family has been around much longer than us humans. In these encounters I hope to find a perspective that allows me to see through the surface to the continuum, which we too are a part of.

Rocks and minerals have already appeared in earlier work. In their diversity and mystical beauty, they seem to function as silent and motionless witnesses to the transformations of the planet and its history. Yet rock and stone too are born. Petrified wood, lime and carbon fossils have organic origins, while the birth of minerals is chemical. Geology has been extensively researched, but only in recent years has evidence been discovered on the joint development of life and rocks. In my understanding, researchers on the origin of life now conclude that rocks and minerals must have played key roles in virtually every phase of life’s emergence—they catalysed the synthesis of key biomolecules; they selected, protected, and concentrated those molecules; they jump-started metabolism; and they may even have acted as life’s first genetic system.

My question is how or why should we determine the living and the non-living as differentiated from each other? Do we even have the capacity to answer a question like this with our limited awareness and understanding? In Japanese Shintoism, as in other pantheistic animistic religions, a stone possesses a living and vibrating core, as do all creatures, also the so-called inanimate objects. When standing by stones, rocks, fossils and lava fields I feel transparent and transient, as time moves with another type of density and current around these beings.

How has the scientific community in Seili contributed to your artistic work?  Has science helped you to further understand the “seemingly insignificant details” you capture in your work?

I’ve been collaborating with researchers also in previous projects, and thanks to them found new and thrilling areas of interest. Science and art are both driven by curiosity and a desire to understand how we and the world function and transform, and we approach these matters from our respective viewpoints, experiences and backgrounds. This kaleidoscopic gaze is vital when making sense of the world. There are also other voices that need to be acknowledged, included and respected, as they open another angle to understanding the world as a whole; the cultures and knowledge of indigenous people are bringing a crucial shift of thinking and practice into the discussion.

To answer your question: yes, science has guided me towards important insights, and in addition, so has poetry, art, music, spirituality, journeys, encounters with people, swimming in the sea, conversations with friends. I feel all these experiences emphasise the essence of subjects and themes, making them meaningful in a profounder way. My practice is not research, though there are similarities, but rather a process/mode of sensing, relating and interpreting. As an artist I can approach controversial subjects without academically having to defend my work. I can fantasise, play and imagine. By learning I become aware of how all knowledge is not achieved through science but via multiple channels, enriching the researched, questioning the known and touching the hidden. 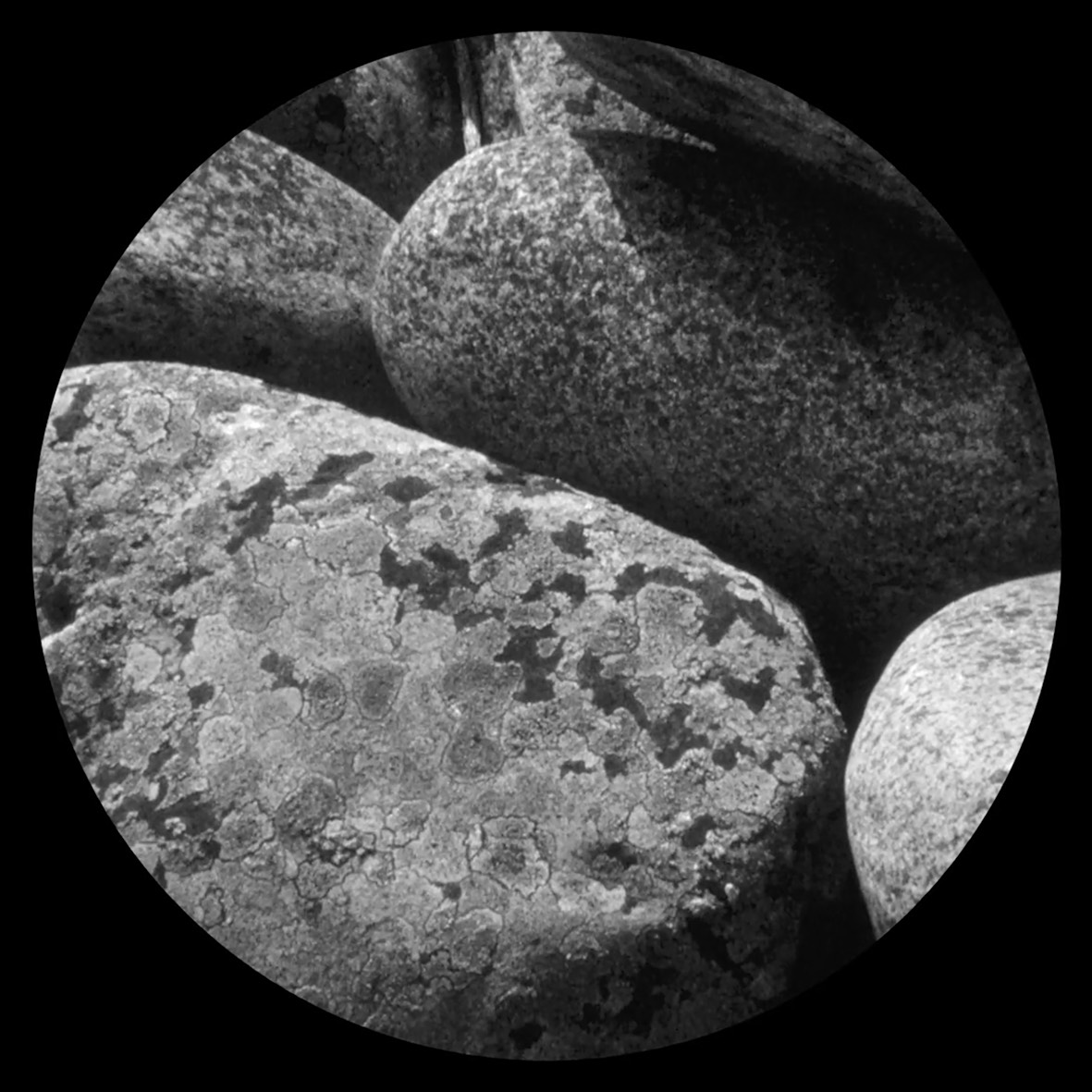 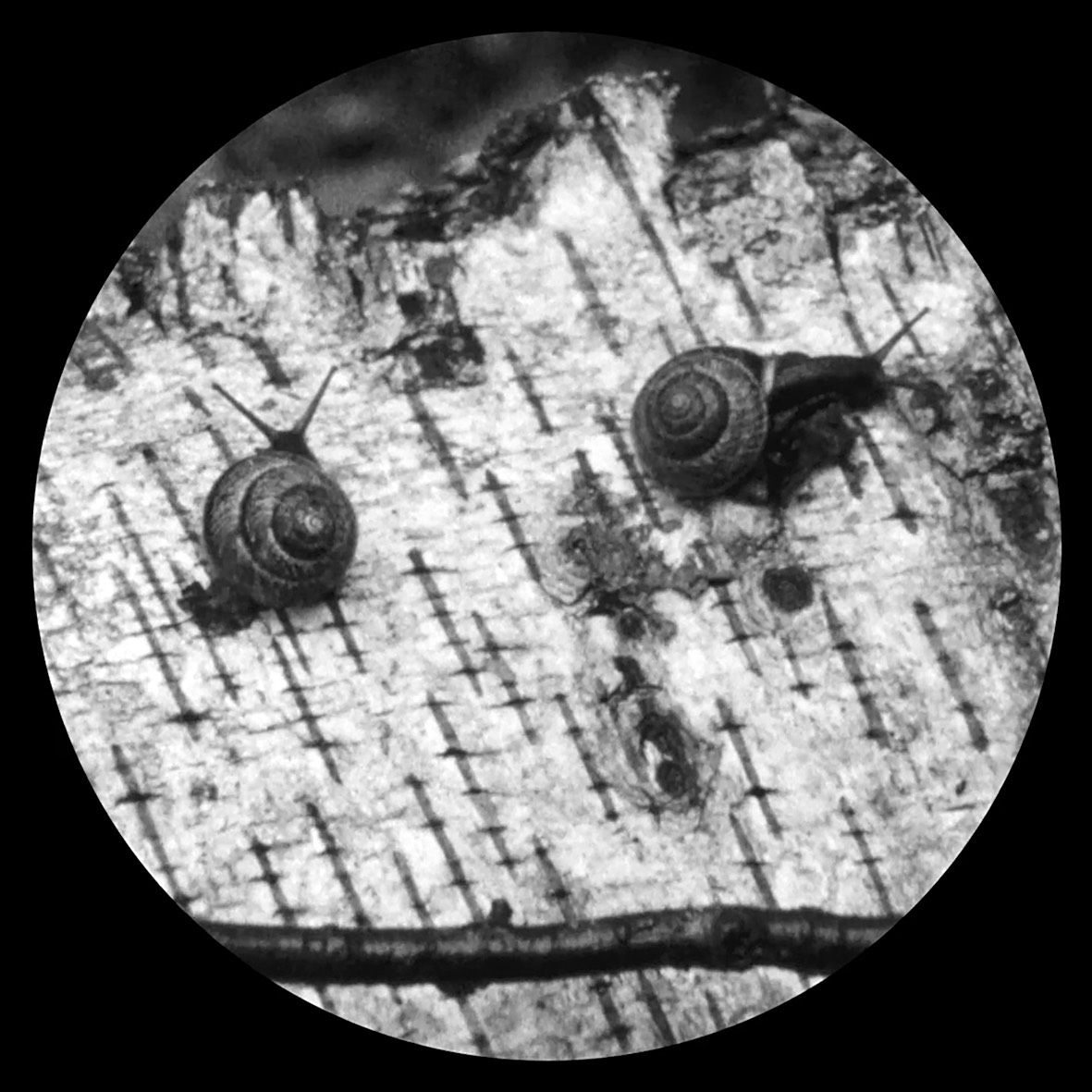 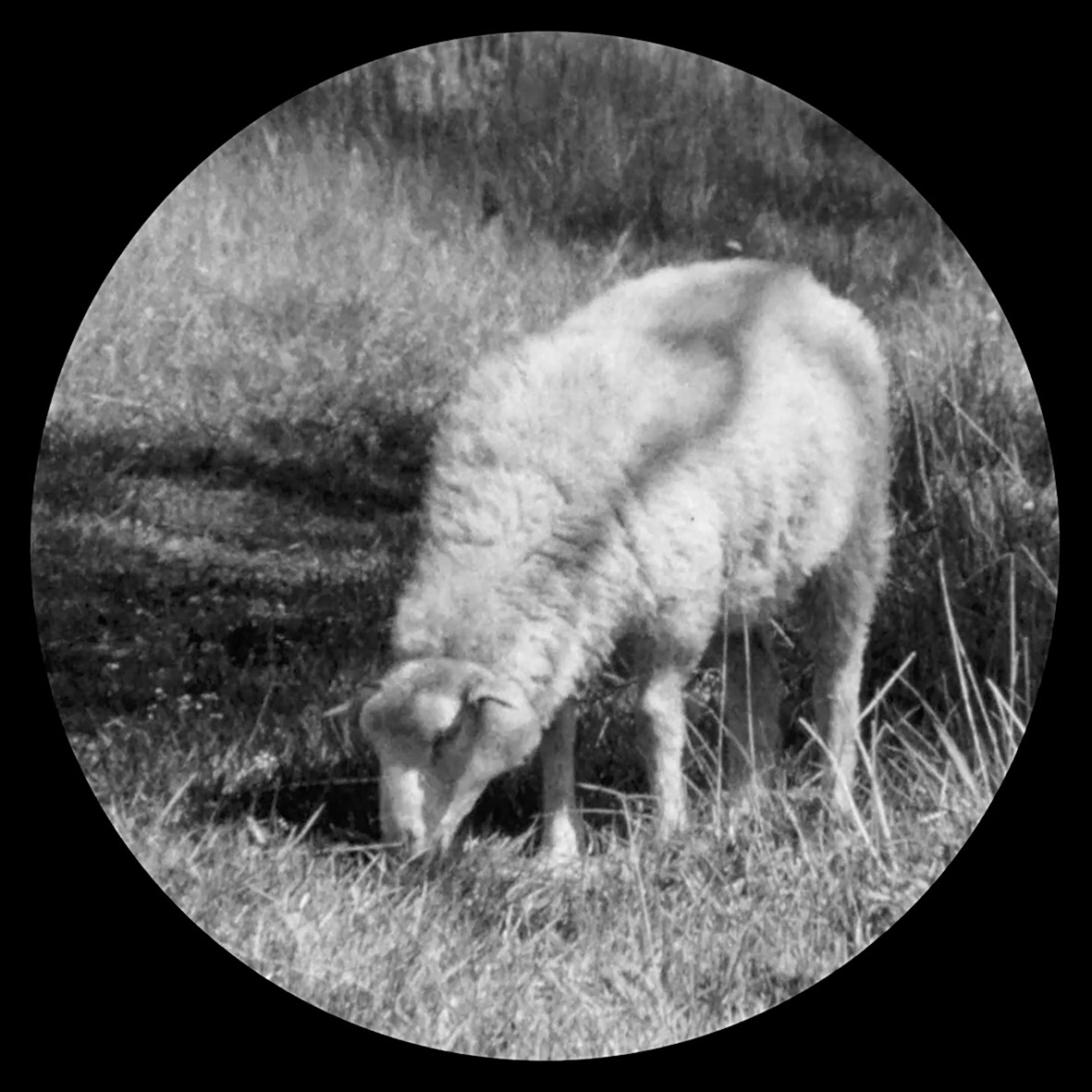