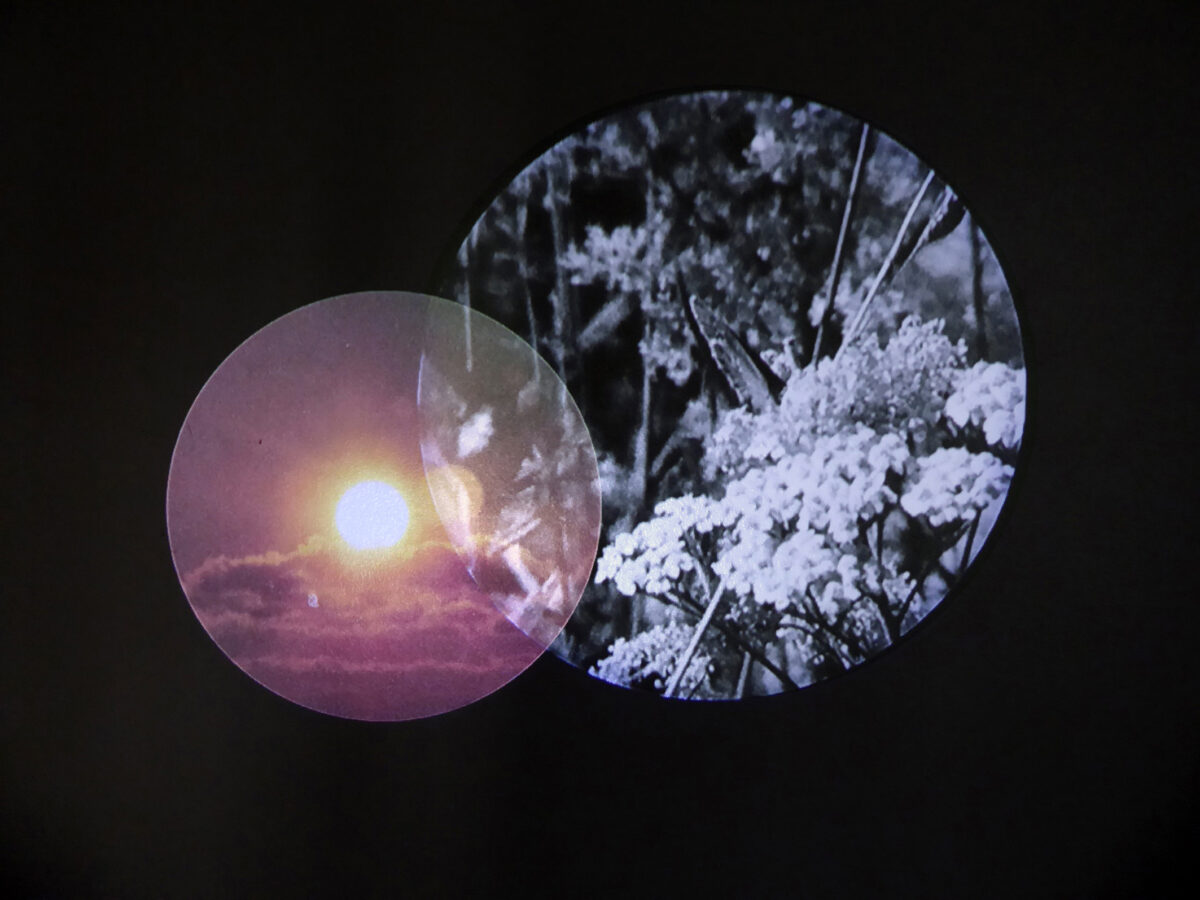 The film installation Beacon offers glimpses into the ongoing research by artist Saara Ekström on the archipelago meadows and shifting shorelines of Seili and other islands.

On the coasts and seashores beacons and lighthouses illuminate the darkness. The concentrated beams sweep over the sea and land, and while guiding navigators to safety, they light up random pieces of landscape, bringing minor but vitally important things into focus.

Beacon concentrates on modest and seemingly insignificant details in our surrounding. The work was filmed between March 2019 and June 2020 at the Archipelago Research Institute of Turku University on the island of Seili, the nature conservation area on the island of Ruissalo and on Kökar, one of the small isolated islands in the Åland archipelago. Filmed on narrow strips of B&W and colour film, the work captures details of fragile habitats, and the flora and fauna that makes them so unique. These observations – a butterfly unfolding its wings, a spider weaving its web, the falling rain making patterns in water – are all graspable matters that we recognise, but seldom really see.

During 2020, Beacon has continued to grow as an installation. In the new part, filmed on Seili, the camera focuses on the meadow as a borderline sanctuary between the wild and the cultivated, where nature and the cultural landscape co-exist. On the island a small flock of eight sheep are busily grazing the seaside meadows, maintaining these rich and diverse habitats for the insects and plants that thrive in them. The sheep are brought to the island in early spring and they stay until late autumn. While left to their own devices, they widen their territory from the sunny meadows to the old windswept forests, where they find cooler spots and dig sleeping places between tree roots.

The sheep seem to go through a transformation, from domestic into something autonomous, integrating into the ecologies of their surroundings. Likewise, the 200-year-old cherrytree orchard appears to slowly blend in with the forest. In the spring the orchard emits a strange kind of music, like a polyphonic choir of insect wings, as thousands of pollinators swarm around the fragrant blossoms.

Beacon has been co-produced by Screen City Biennial and CAA, funded by Kone Foundation as part of the project Spectres in Change.

The first performative manifestation of the work, in public urban space, was realised at the Screen City Biennial – Ecologies Lost and Found in October 2019 in Stavanger, Norway, supported by Frame Contemporary Art Finland. The work was presented as an installation in the exhibition Meadow, curated by Taru Elfving and organised by ONOMA in Fiskars, Finland, June-August 2020.