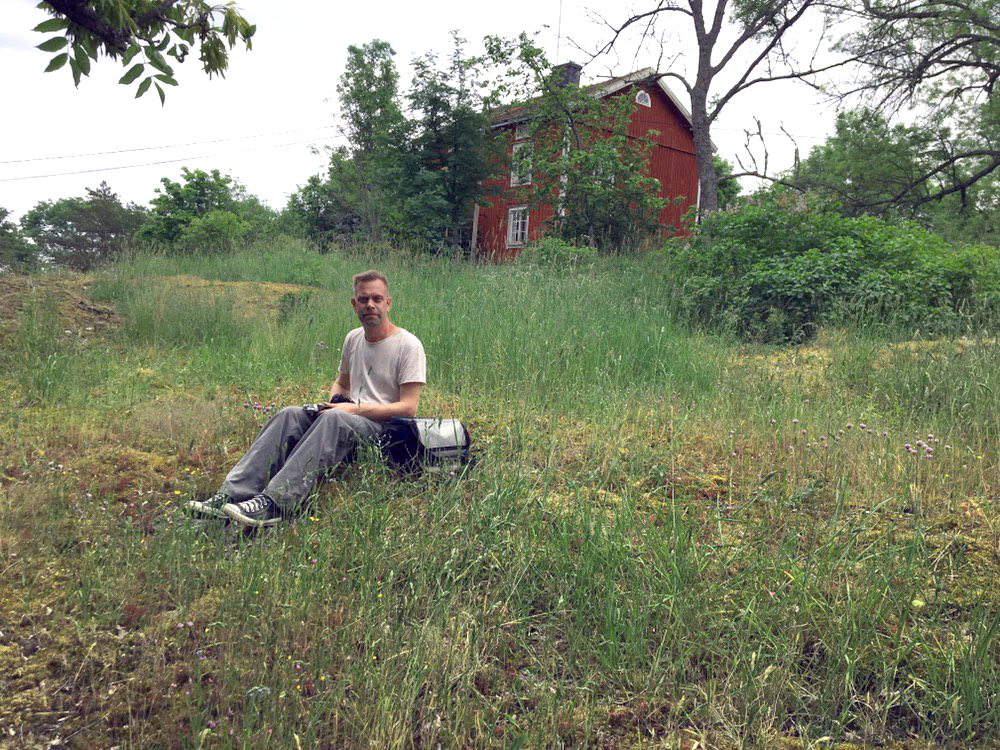 To follow the diverse and often unpredictable paths of enquiry and collaborations in the project Spectres in Change, CAA interviews the artists and scientists working on the island of Seili at different stages of the process.

The first interview was conducted by Saskia Suominen during the spring and summer 2020.

What are you currently working on?

At the moment, I am working together with the Band of Weeds on a list of plants for our work New Pangaea. I try to list all such plants in Seili that exemplify the various ways plants spread, how they react to climate change and how they exemplify the different aspects of human-plant relationships at particular time periods on Seili. I have visited Seili several times on different occasions. Hence, I have mapped the plant species growing in the spring, midsummer and in the autumn. Next, I will choose the final plants for our work.

No complete plant inventory has ever been made in Seili. Some species, like field cow-wheat, are monitored individually, some not at all. Some species have been wiped out intentionally (e.g. rugosa rose) or they have vanished due to the modernisation of agriculture (e.g. field gromwell). New species arrive to the island with people, either intentionally planted (e.g. sea buckthorn) or as stowaways in, for example, the turn-ups of trousers (e.g. henbit dead-nettle). There are also traces of formerly cultivated plants (e.g. wild marjoram). Plant species arrive on the island also via natural routes. Birds and waves bring seeds to the island that then sprout and take root on geologic upthrusts (e.g. sea milkwort) and other areas on the island.

At first, I concentrated on seashore relicts, pioneer species of ecological succession, invasive species and species that are spreading further north due to climate change. Now, I am drawing more attention to weeds that have a longer, more complex relationship with humans. Farming has taken place in Seili for centuries and this can be seen in the flora.

Some species that we consider as weeds today, have previously been cultivated for food or for other purposes (e.g. fat hen). Some have become classified as weeds only after finding their way into gardens and vegetable plots. Almost all of the wild forms of todays cultivated plants are now considered weeds, and increasingly effective herbicides are constantly being developed against them. If these wild species are exterminated, we risk losing the genome we might need to develop new species when the currently grown plants are no longer cultivable. In addition, as the Seili island is a protected area, I have been wondering what species are considered weeds in a nature conservation zone.

Due to soil scarification, old seeds from the soil seedbank can surface and then sprout. Some species (e.g. henbane) seem to appear in these disturbed landscapes as if from nowhere. Seeds can be stored in the soil seedbank for as long as two thousand years.

I am also interested in the plant species of the so-called mammoth steppes. Before the ice age, Finland was a mammoth steppe with its own flora (e.g. maiden pink). During the ice age these species retreated further south but returned after the glacier melted. However, there were no mammoths left and the steppes became forested. Plants of the steppe found new growing sites first from dry bedrocks and, when animal husbandry began, from pastures that are nowadays called traditional biotopes (e.g. wooded pasture, dry meadow).

How has working in Seili contributed to your artistic work in general?

Collaborating with scientists and biologists has allowed me to use the monitoring data from Seili collected by scientists for decades.

Furthermore, collaborating with archaeologists has shown the relationship between humans and plants in a new light. Combining the research results of archaeologists and biologists provides insight into the history of useful plants and their origins.

Seili is an island, and an island has its own special features regarding ecology: it is an isolated area. What is interesting about Seili is that isostatic uplift continues, which means that new land rises all the time.

How do art and science converse in your work? How do they interact?

Art and science are both creative. In both cases thought processes start with wondering, and wondering begins with observation. However, the aims of science and art are fundamentally different. Science aims to produce new, verifiable information about the world whereas art aims to express the world according to how each artist experiences, feels and observes it. Science is, of course, not objective as scientists are humans just like everyone else. Only the questions that are being asked, and what the measuring ability of scientific apparatuses can handle, can be answered. Yet science has its own academic repair mechanism. Art is more about opinions, interpretation and vision. Its primary goal is not to create new information and the “point” of the art work can be based on fiction, imagination and even lies. Art does, of course, provide information about the world, but in a different way than science. Art offers moments and spaces for contemplating one’s relationship with the world.

My practice is not scientific, but I do apply the results of science in my artistic work. I make new, sometimes conflicting works by contrasting different “information packages” to each other. My working method has sometimes been called “information sculpting”. I don’t really claim anything, I leave the conclusions to the audience. The aim of art is not to give the right answers but to raise interesting questions. I tend not to use words or phrases like “artistic research” because this might indicate that art without the academic framework cannot tell us anything interesting and important about the human and the world.

You mentioned that the relationship between humans and plants is complex and it has changed in slow processes over time. Do these processes have similarities to the development of your own artistic work?

Yes. For example, at first I concentrated on the sounds of plants and on giving them a voice. The longer I worked with plants, the more I questioned my own way of speaking and thinking. Over time, with more experience, I understood that the “sound” I hear is not necessarily the sound of the plant, but rather it tells more about the circumstances under which the plant is living. Soil, weather and time all affect the type of biodata I am able to collect from a plant with the methods I use. Additionally, projecting human qualities to plants felt too anthropocentric so instead of “sound” I started to call it “signal”.

I also noticed that the live gigs of Band of Weeds began to feel unethical to me. Why relocate a plant from nature to a pot and then take the plant to a night club, while attempting to keep it artificially awake at night, when the plant would normally rest… and what to do with these plants after the gig? We then started using plants that were already at the site or, if the cable length allowed us to, attached a plant growing near-by to our apparatus. With this method, we don’t need to dig up plants and move them around. We also decided not to play with live plants during the dark hours. The studio of Band of Weeds is in a basement, where we can’t grow or keep plants permanently, so I started using potted salads from supermarkets (e.g. romaine lettuce), which you can eat after the rehearsals.

This has led to collaboration projects with researchers with the aim of creating new sonification methods for plants, while using the long-term research results, that can also be sonified. NASA, for example, has sonified the Big Bang. The sonification of data could be a solution to the instrumentalisation of wild plants and this is what Band of Weeds is currently working on together with the researchers of Hyytiälä Forestry Field Station. The results of this collaboration will then be applied in Seili, when realising New Pangaea. 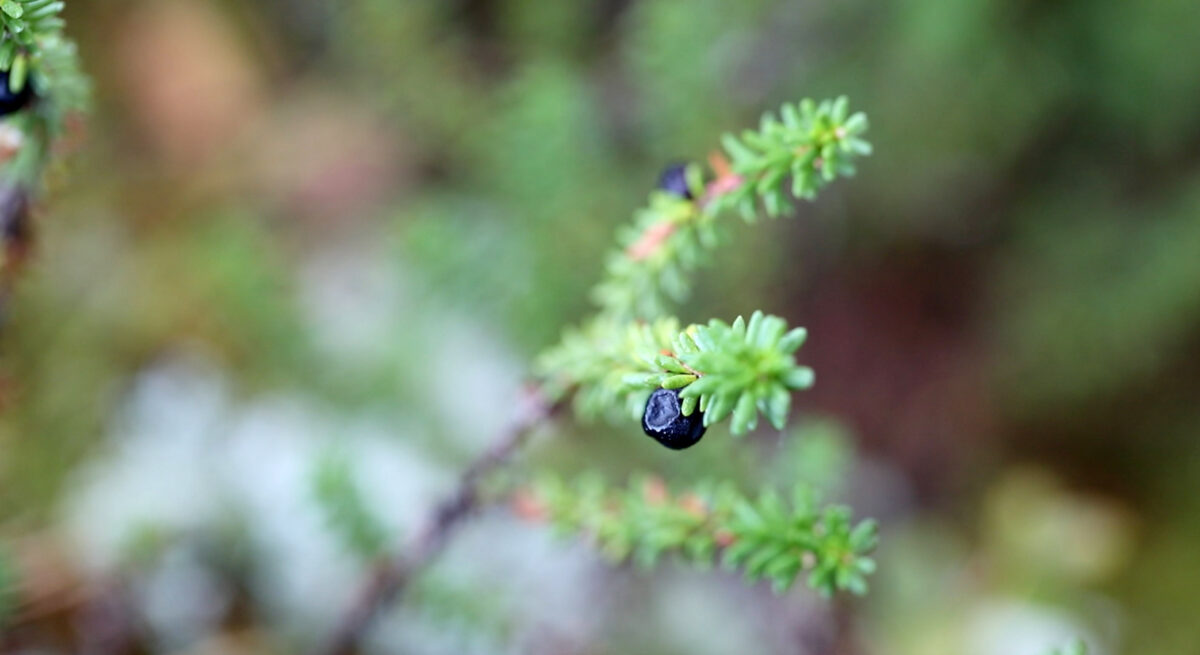 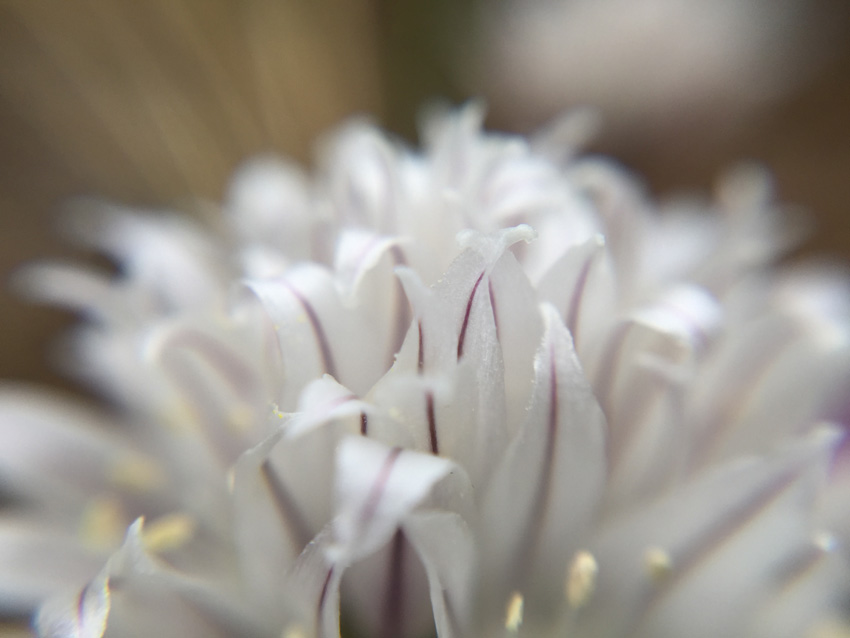