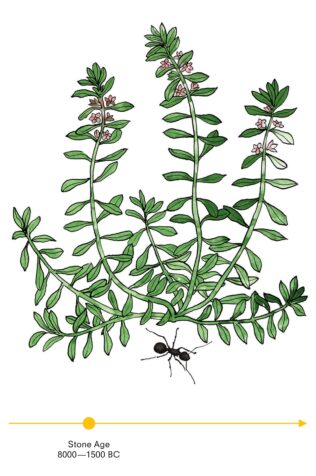 Sea milkwort is native to Seili, and is one of the most common plants on our seashore. The only undisturbed (or little disturbed) vegetation on Seili is on exposed rock and the virgin strips of land which are exposed as the land rises. Sea milkwort is a pioneer species on such beaches, among the first to colonise shallows which have risen above the water level and new seashore meadows. Since such meadows have been grazed for centuries, they have expanded both inshore and towards the sea. The fence marking the boundary of seashore meadows would often not be moved despite the land rising, which prevented alder from taking over as cattle ate the young saplings. This allowed sea milkwort to form large patches of growth in meadows. Sea milkwort mainly spreads via stem fragments drifting in the sea; less commonly via seeds, due to the seeds tolerating salt poorly. The plant is not entirely adapted to salt water, not having had time to adapt to these new conditions. Sea milkwort is pollinated by ants.

Seili archipelago emerged from under the ice a mere 11000 years ago, when the ice sheet terminated at the ancient Yoldia Sea. As the archipelago rebounded from the weight of the ice sheet, the land started rising, and still continues to rise albeit at an ever slower rate. The first parts of Seili, small islets at the time, rose from the Littorina Sea (the Baltic Sea’s predecessor) about 5000 years ago. The clay sediments deposited into the rock depressions when they were still underwater created good conditions for human habitation and the later agricultural landscape. When the leper hospital was built 400 years ago the shoreline had already withdrawn to the location of the current roads towards the vicarage and Kirkkosaari, near the Fyr rocks, and very close to the site of the mental asylum garden. Kirkkosaari (“Church Island”) was at the time separated from the main island by a narrow channel, which had already started to silt up as the waves piled up a narrow sand and gravel spit on the sheltered side of Kirkkosaari.

Next to Kirkkosaari there is a tiny rocky outcrop, worn smooth and grooved by the ice sheets,  poking out of the sea. This rock is gradually rising above the waves that wash over it, as a reminder that we can experience the presence of the Ice Age even during one human lifespan. The grooves scratched into the otherwise polished surface ornament the heart of a mountain range that solidified from molten rock almost 2000 million years ago, the mountain tops ground down and the heart exposed over the incomprehensible span of geological time, as continental plates have sailed across the Earth’s surface. The rising rock cracks and the slow wearing down of the grooves starts at the same time as plants colonise the virgin, but still partly marine-influenced land. As new land rises and the vegetation goes through several stages of succession the archipelago expands and eventually joins with the mainland – until after perhaps tens of thousands of years a new Ice Age approaches and this great story of nature starts anew. 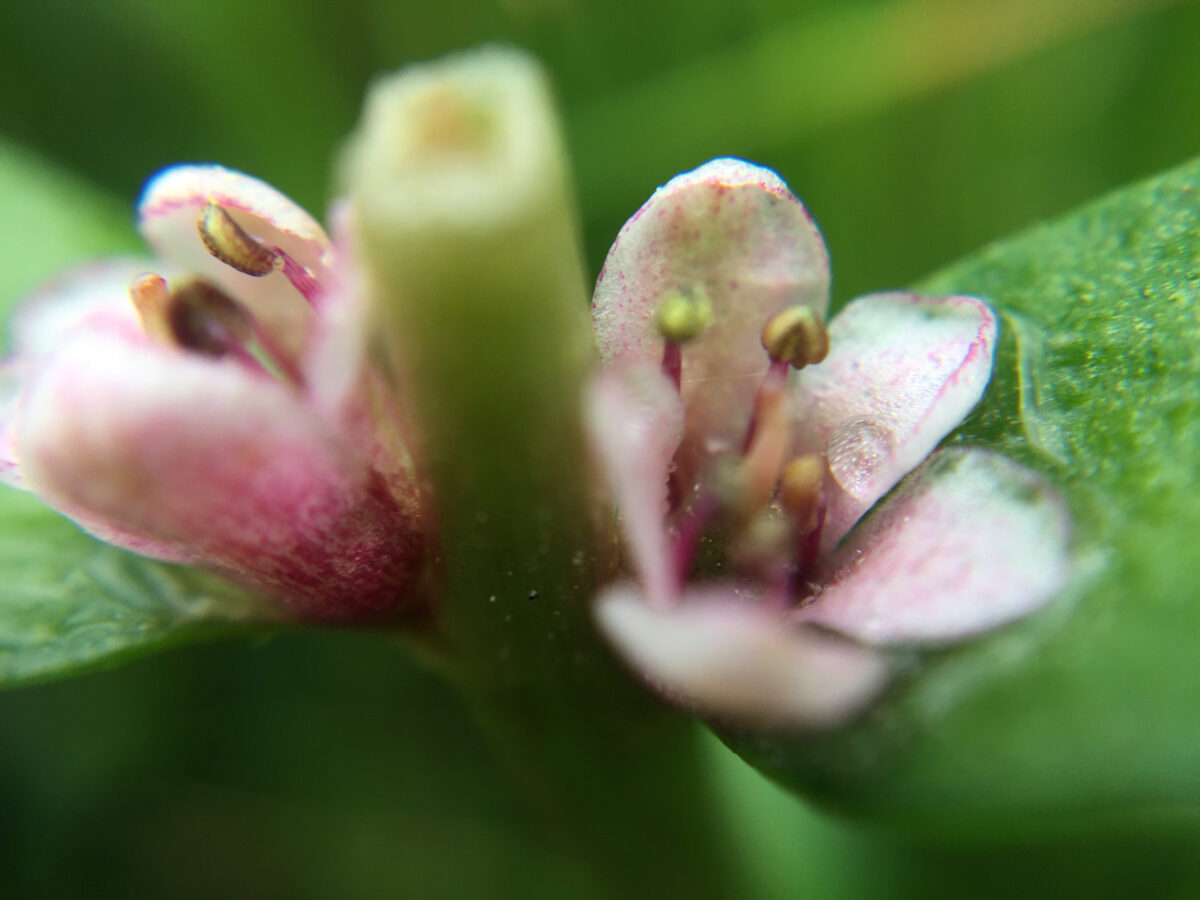