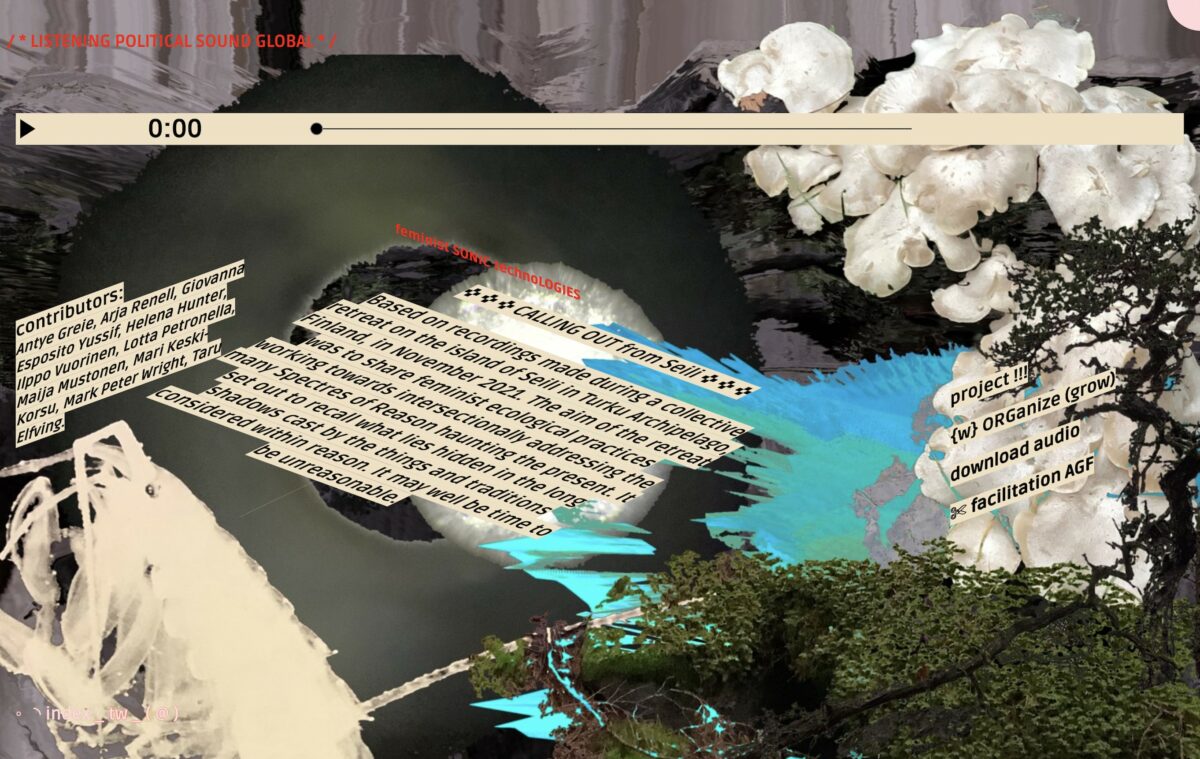 Calling Out is based on recordings made during a collective retreat on the island of Seili in November 2021.

The aim of the retreat was to share feminist ecological practices working towards intersectionally addressing the many spectres of reason haunting the present. It set out to recall what lies hidden in the long shadows cast by the things and traditions considered within reason. It may well be time to be unreasonable.

The island guided the retreat, with its ghosts of biopolitical institutions and histories of othering, ongoing ecological transformations and reproductive labour of care and repair. The myriad spectres of Seili did not await explanation or exorcism, but rather called for conjuring and conspiring with them. In the spirit of spectrality, we were not one, nor alone.

Listen to Calling Out

The Spectres of Reason retreat was organised by CAA as part of the project Spectres in Change, supported by Kone Foundation.