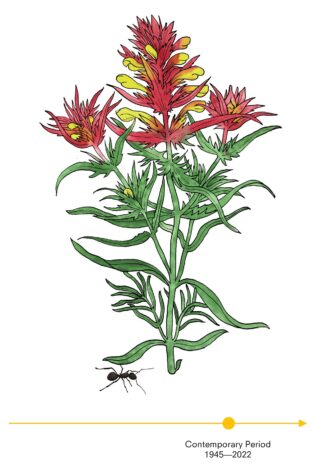 Field cow-wheat is an archaeophyte, a plant introduced by humans centuries or millenia ago. It presumably spread to Finland mixed with cereal grains. It grows at its northernmost limit in Finland, and its only established populations are in the Turku archipelago, Seili being its main place of growth. It used to be a troublesome weed, but disappeared from fields after cultivation practices changed. The species was so common, it was commonly called “pirunvehnä” (Devil’s wheat). Nowadays field cow-wheat is no longer considered a weed and has become a weak competitor, an endangered and protected species in Finland. It prefers dry rocky meadows, roadsides, and the sides of paths. Global warming and the return of traditional habitats, such as dry meadows, may allow field cow-wheat to spread northwards. The seeds are spread by ants, whose trails pass alongside field cow-wheat growths on Seili.

The site bordered by coloured markers is part of a long-term plant inventory by the University of Turku and Metsähallitus, aiming to get more information on dry rocky meadow flora and the population sizes of endangered species at Seili. Dry meadow plants demand specific conditions: they grow on rock or sandy soil, need plenty of light, and find it difficult to cope with competitors. The site is sensitive to drought and wear, so the endangered species are monitored every year. The Seili rocky meadow is also part of the traditional cultural landscape of the central island, where historical human influence is still visible. Traditional land use has created a unique, but also demanding, community of species. Grazing animals on the island do an important job of conserving the species and the landscape, by keeping the vegetation cropped and preventing this valuable heritage landscape from becoming forested. 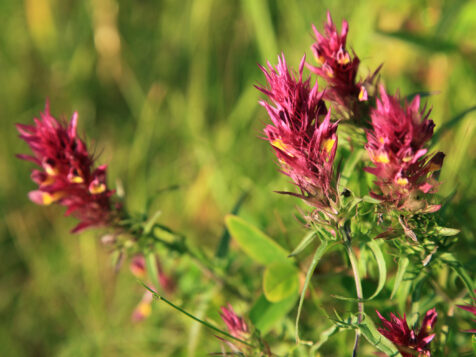