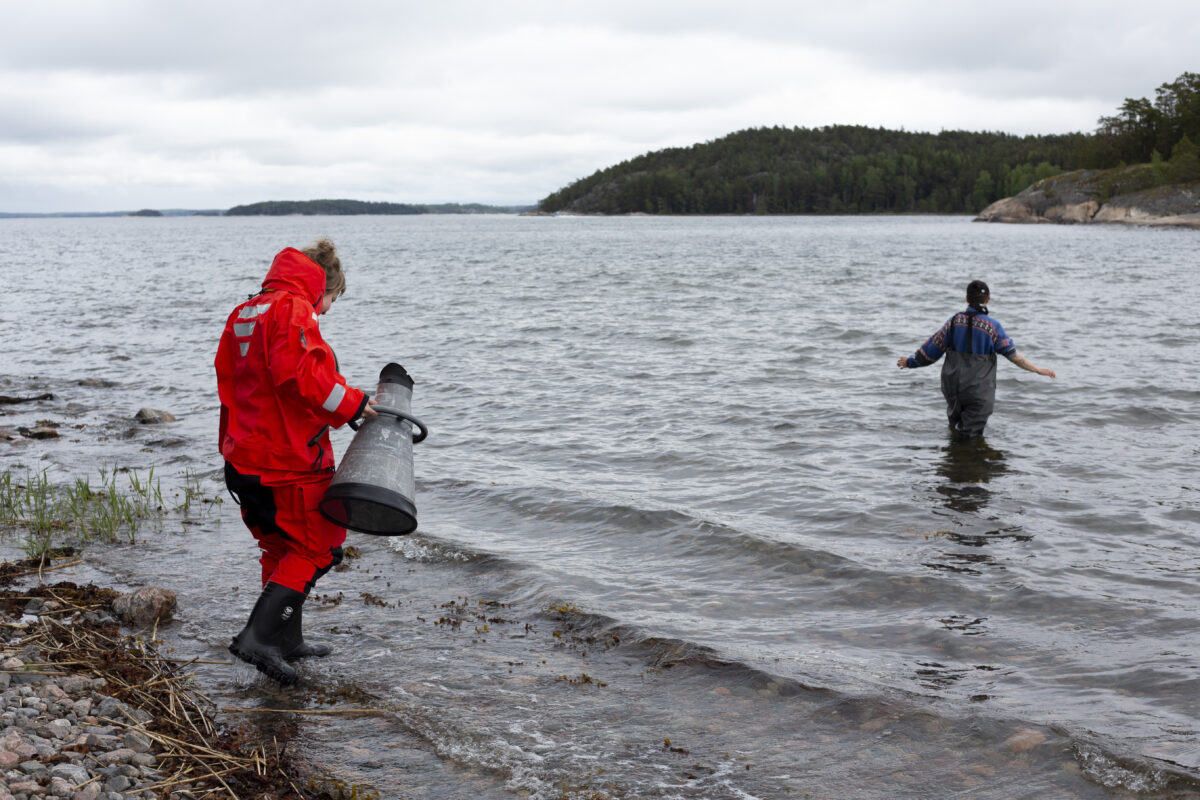 The small, gentle-growing Baltic herring dwells, as its name suggests, in the Baltic Sea. Its silvery scales and distinct, dark spinal stripe have long been common sights in commercial fishery catches, but, like many of its relatives entrenched in a dizzying contemporary world, its traits and habits are changing. This aquatic vertebrate, a multifaceted staple of the Baltic region, is stressed.

How do we know that a herring is stressed?
What are, and how do we observe, the signs and tells?
What does it mean to share a planet with stressed herring?

Stressed Herring (Stressaantunut Silakka) was a day-long workshop which invited participants into the practices of scientists and artists to consider this particular phenomenon, but also to spend time considering the value of, and the values embodied within, long-term research. Held in conjunction with the Archipelago Research Institute on 2nd June 2022, the event opened with the raising of FRAUD’s herring flag – a recent addition to the island and part of the new Fields of May commission. With its funnel-shape and scaly print, FRAUD’s flag aesthetically and conceptually raises the herring – and more-than-human convergences – to the forefront of this research site. The day brought together multi-disciplinary perspectives on ‘herring research’ from artist Arja Renell, docent Marjut Rajasilta and postdoctoral researcher Katja Mäkinen, and included approaches such as talks, discussions, a film screening, microscopic observations and excursions into the Baltic Sea. The workshop’s aim was to provide different entry points to both scientific research and a sense of being with another species. Throughout the event, participants were acquainted with both the institute’s herring research, and the relationship between the researcher and the research subject.

Marjut, a long-standing scientific researcher at the Archipelago Research Institute, shared a breadth of knowledge – comprising data and stories, combined, from across 40 years – on the herring’s changing growth and reproductive habits. Along with Katja, she guided participants through the movements and flows of the Baltic herring; its grazing, dozing and socialising practices, and its reactions and responses to an increasingly unstable home. Through comparable research collected between the 1980s and the present day, it is evident, both Marjut and Katja concluded, that the Baltic herring’s traits have significantly shifted due to changes in the Baltic Sea ecosystem. In their discussion, Marjut and Katja moved through various thematics and responded to queries, prompted by Arja, regarding the choices made within, as well as the value of, long-term research.

What have been the major research questions in different decades?
What does the world look like in relation to herring research?
What can the herring tell us?
How will long-term research be transferred to the next generation of researchers?

Part of Arja’s artistic research has been to document and raise questions about the importance of long-term scientific research. The true value of long-term research can sometimes only be determined decades later, she reflects, and it is by no means possible to predict all of its benefits. For example, the data collected on the Baltic herring thus far can be used to retroactively map the development of climate change and its effects on the Baltic Sea. During the workshop, the three speakers opened up about the value of understanding the contexts which determine one’s own research choices, as well as the limitations of the information available. Moreover, it is important to recognise that the knowledge gathered at any one given time is part of a continuum of work, carried out and moved forwards by multiple researchers.

How is a species or group of species selected for research?
How does the relationship with the research subject develop in long-term research work?
What information is left out of scientific research?
How can we learn to be a more equal part of this diversity of organisms, plants and minerals, and to respect it as an intrinsic value and not just as a commodity for humans?

In the afternoon’s session, Arja shared a film-in-process depicting the relationship between the institute’s scientists and their research. Within the footage, a researcher is seen snorkelling – floating horizontally and partially submerged – in a neighbouring bay. Scenes of laboratory-work and microscopic footage of plankton ensue, and a multi-scalar perspective is opened up as we move from seascape to the cellular, the latter of which visually deceives the viewer into escaping into something galactic. Arja brought participants slowly back to the discussion room by asking:

Do we have permission to observe?
How do we position ourselves in relation to the other?
What can we learn from another species?
How do we practice approaching and being with another so that we allow our senses to observe and find connections?

Following conversations on the practices of observing – where does it stem from? is it a human responsibility or a fetish? how can we thicken the thresholds between the subject and the object? – the group gathered around a plastic container, holding several herring specimens. Katja demonstrated with two, limp herring – one from the Finnish shore, another from the Germanic coast – how greatly the north-south salinity gradient in the Baltic Sea impacts their growth rates. These two fish, both Baltic herring, differed greatly in size. This session also provided the opportunity to approach and observe herring through microscopes: both fish and habitat, seawater, were observed in detail.

What does seawater look like?
What do herring eat?
How is the age of the herring determined?

Beneath one microscope, a Petri dish of seawater shed light on plankton – the herring’s main food source – while another microscope zoomed in on the cross section of a herring’s ear bone, also known as an otolith. Katja explained the importance of the otolith and the data that it contains. Sometimes called the ‘black box’ of the herring, the number of rings seen on the otolith – a bone no bigger than a grape seed – reflect the number of years, and seasons, that the fish has lived, but also records information relating to the herring’s migration patterns and nutrition.

The workshop concluded with an excursion to the shore and out into the Baltic Sea. Equipped with marine binoculars, oversized fishing trousers and fluorescent dry-suits, the participants waded into the waters nearby to look, first-hand, at the herring’s environment. Arja’s question of “how do we enter the herring’s habitat as visitors and carefully sense our way into their world?” resurfaced from earlier in the day as the group navigated their way into space-like skins and stumbled amongst the ensuing waves.

What do the herring think about these fluorescent skins?
Do they record this encounter in their otoliths?

With conical spectacles in hand, the group meandered their way through rock, pebble and plankton, and scoured the seabed for stressed herring. Though sealed from the sea’s immersive matters through reams of latex and rubber, each participant needed to acclimatise to the dense freshness of waters and their push-pull against terrestrially-trained limbs. It is easy to feel unsteady in these currents and to depart the sea destabilised with a lingering motion-sickness. Is this how a herring might feel on land or indeed, in today’s changing currents of the sea? An unease, both physiological and ethical, also lingered in the activity’s mode of viewing: while the marine binoculars facilitated a connection between the group and the herring’s habitat – literally providing a window into a world which is often rendered invisible – their use prompted questions like:

Is this gentle or extractive viewing?
What kinds of perspectives might this mode of viewing open up?
What do we bring to, and take away from, this exercise?

As Arja reflects, one of the activity’s aims was to invite participants to consider how they might attentively sense their way into the herring’s habitat. In engaging with the tools used in scientific fieldwork, the workshop opened up questions regarding human interactions with habitats which are not deemed as their own – though we often exploit them as such. It facilitated a moment to consider what we know, and how we know, the world around us. While the scientific apparatus used in the immersive activity distanced the participants’ skins from the immediacy of environmental touch, it afforded both an affective and embodied experience of the sea – one which highlighted how much we are disorientated by this habitat and, in turn, disorientate it. The activity provided a reminder that ‘humans-are-visitors’ in these waters and as such, we might become more attentive to the worlds which we are disturbing. That being said, it is worth remembering that we are neither entirely removed nor isolated from these habitats: we continue to cohabit this planet with herring, and our ways of thinking, moving and feeling seep, back and forth, between us and our planetary kin across numerous time-scales.

Stressed Herring (Stressaantunut Silakka) is part of a series of events titled How do you know what you know? Exercises in Attentiveness which bring together and open up a multi-year collaboration between artists and researchers at the Archipelago Research Institute on the island of Seili. The series is part of CAA Contemporary Art Archipelago’s project, Spectres in Change, and is supported by the Kone Foundation and the Svenska Kulturfonden. 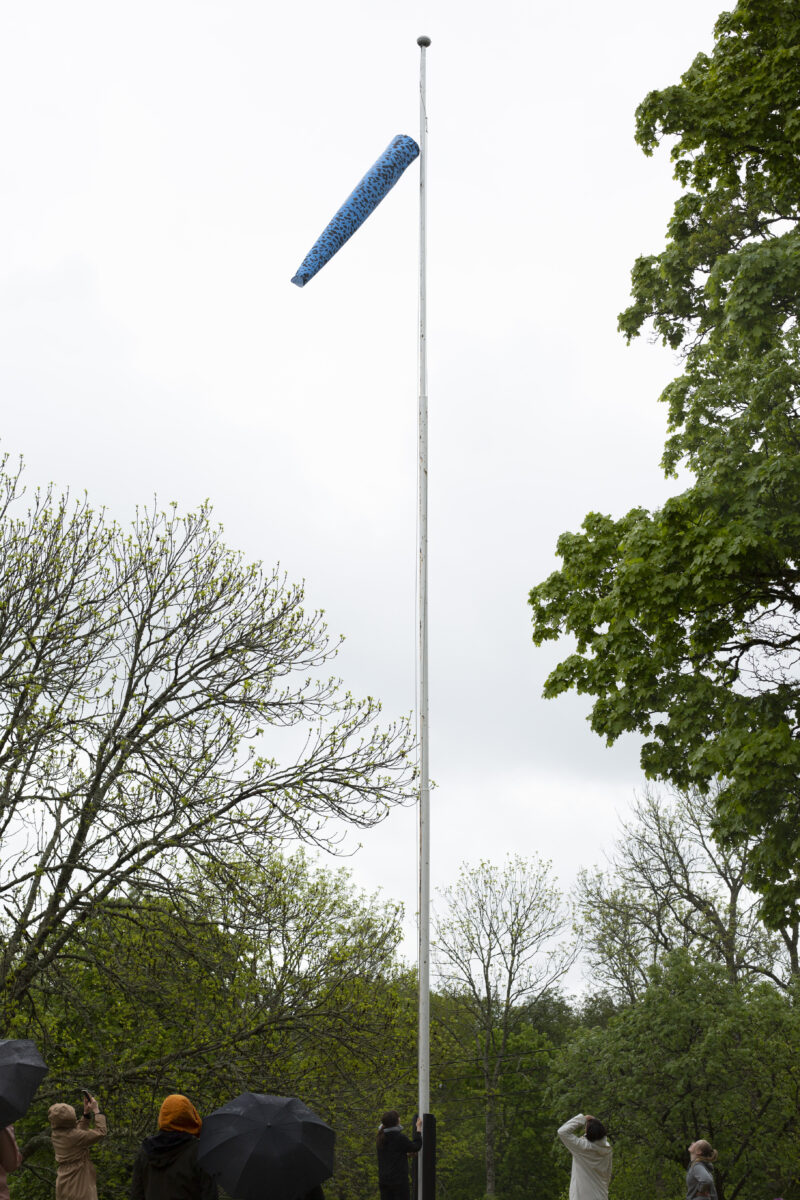 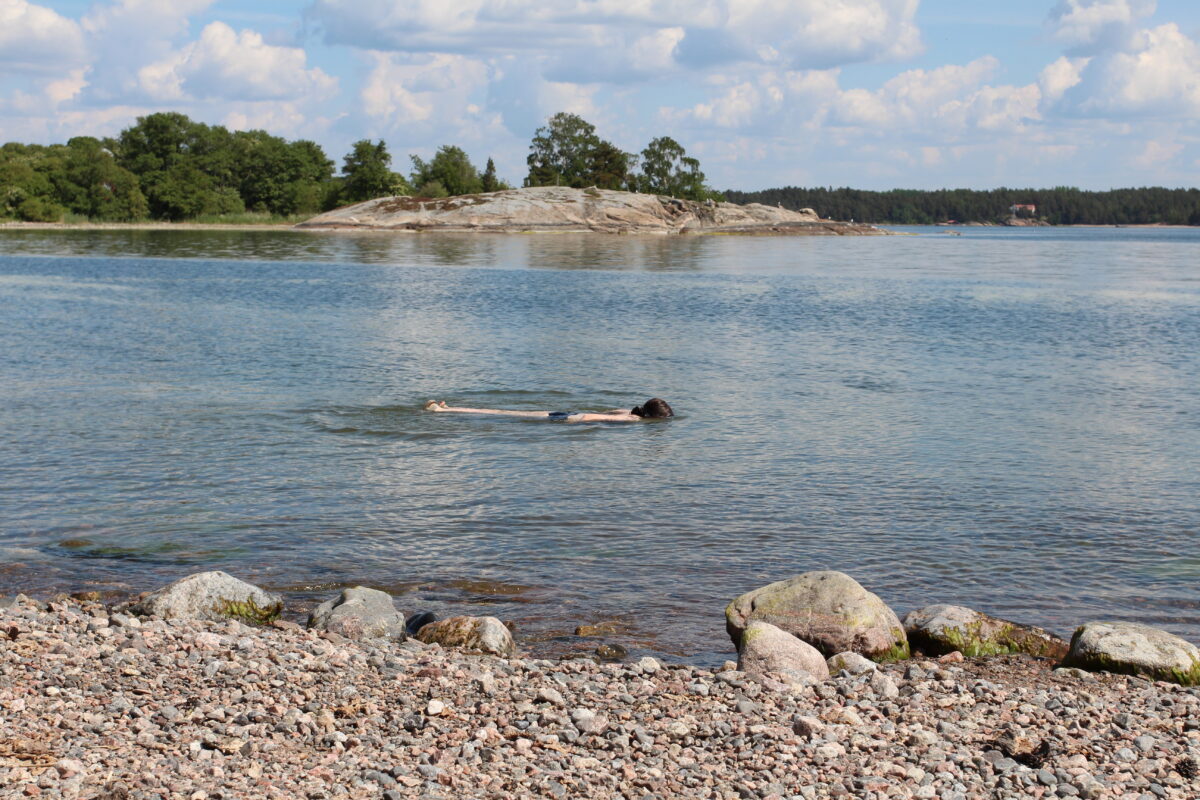 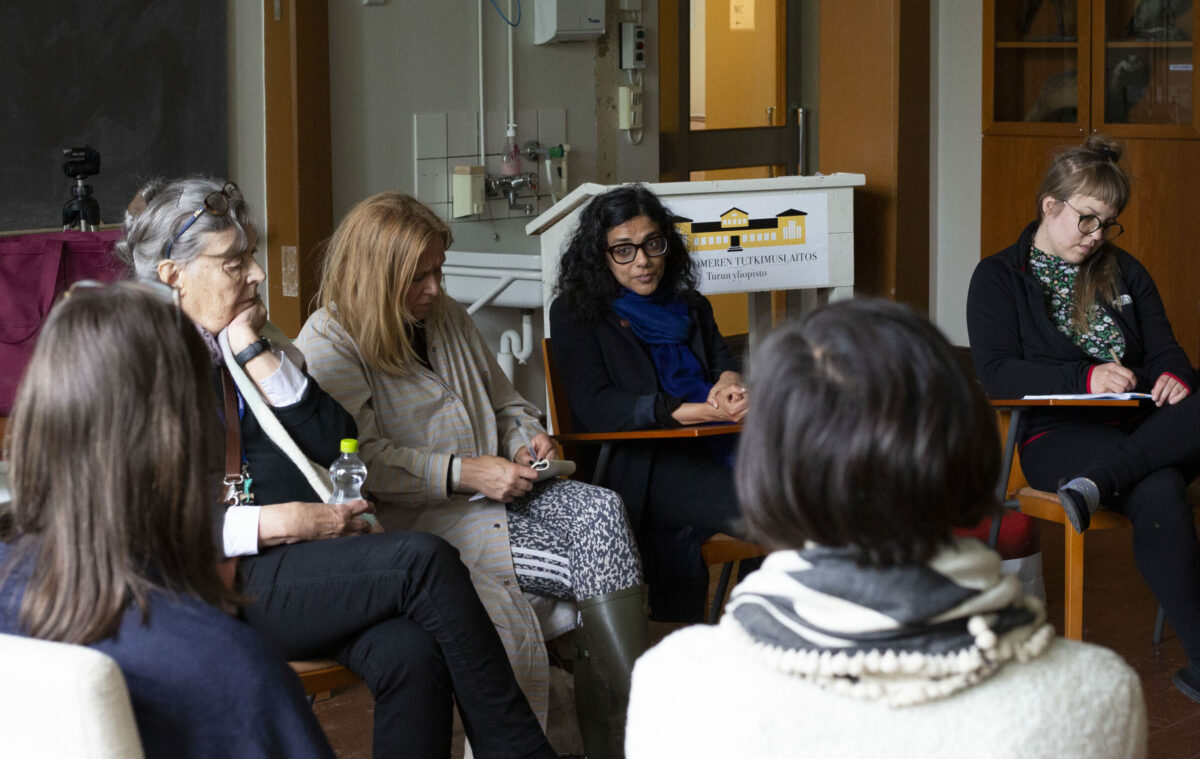 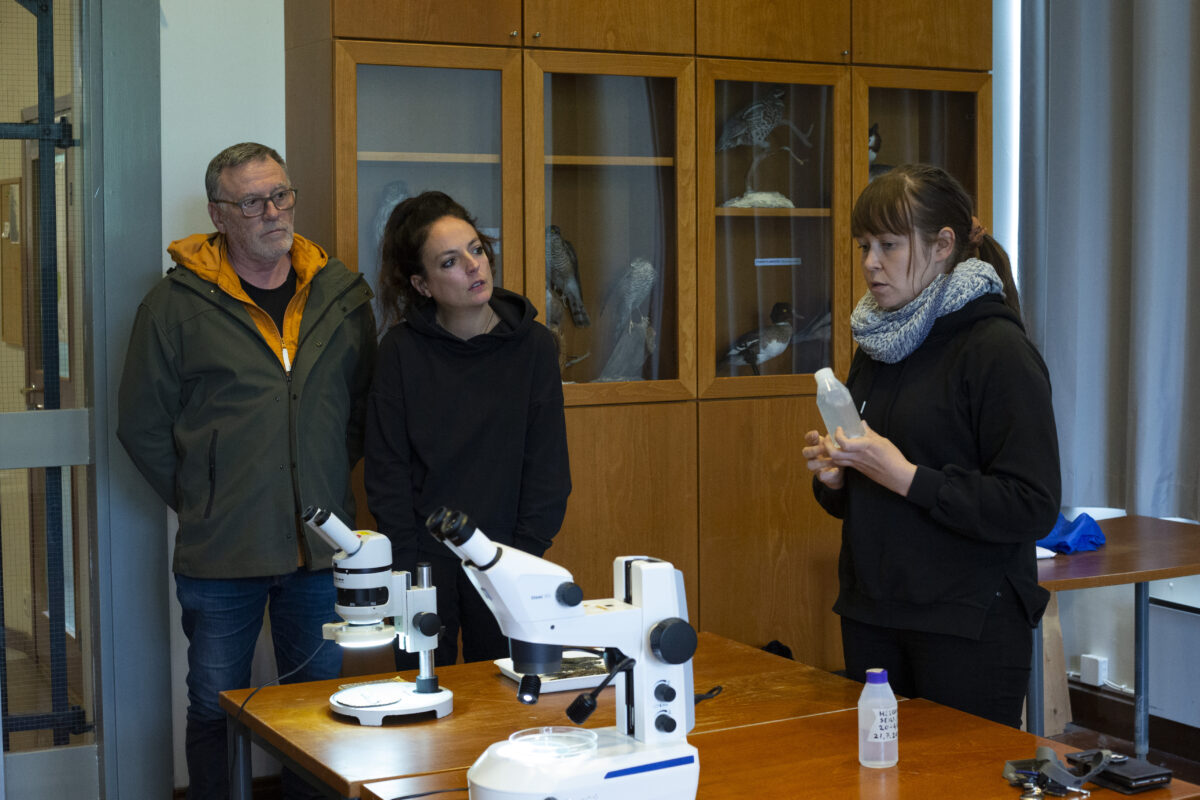 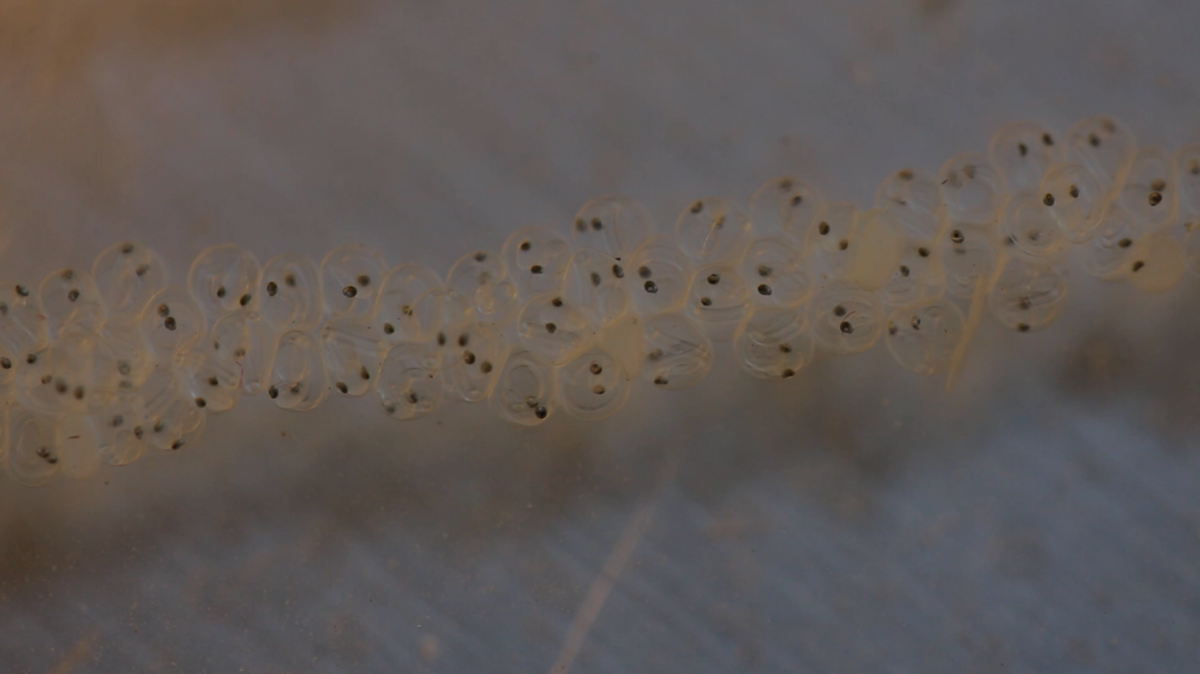 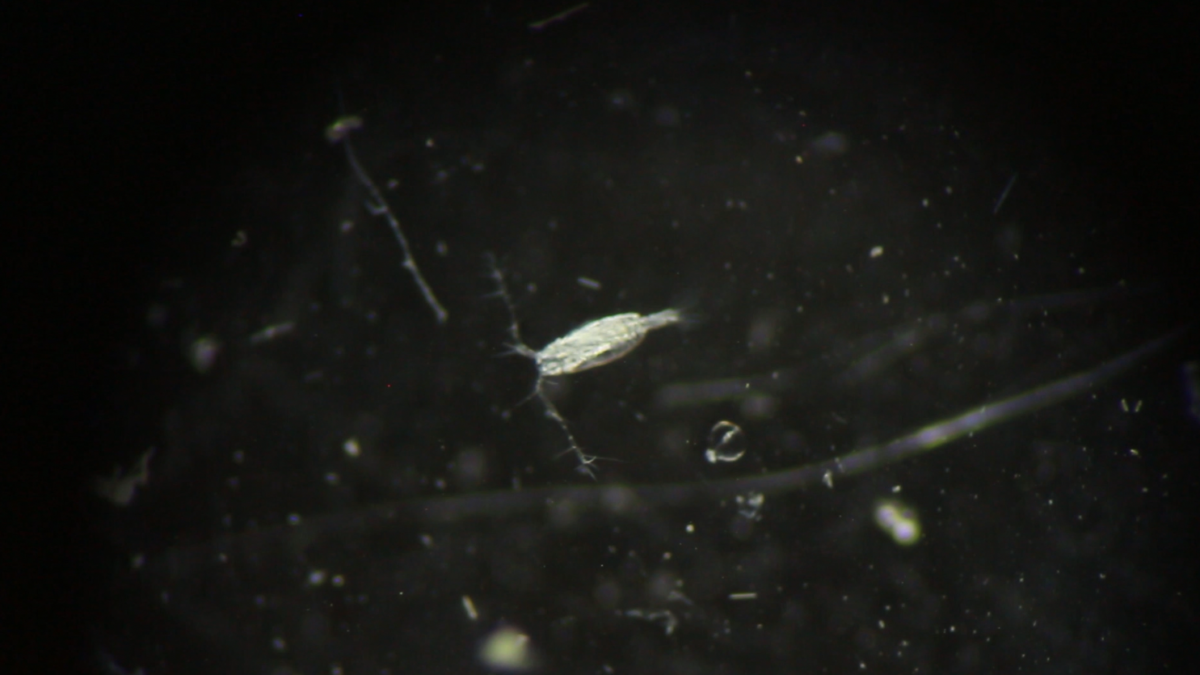 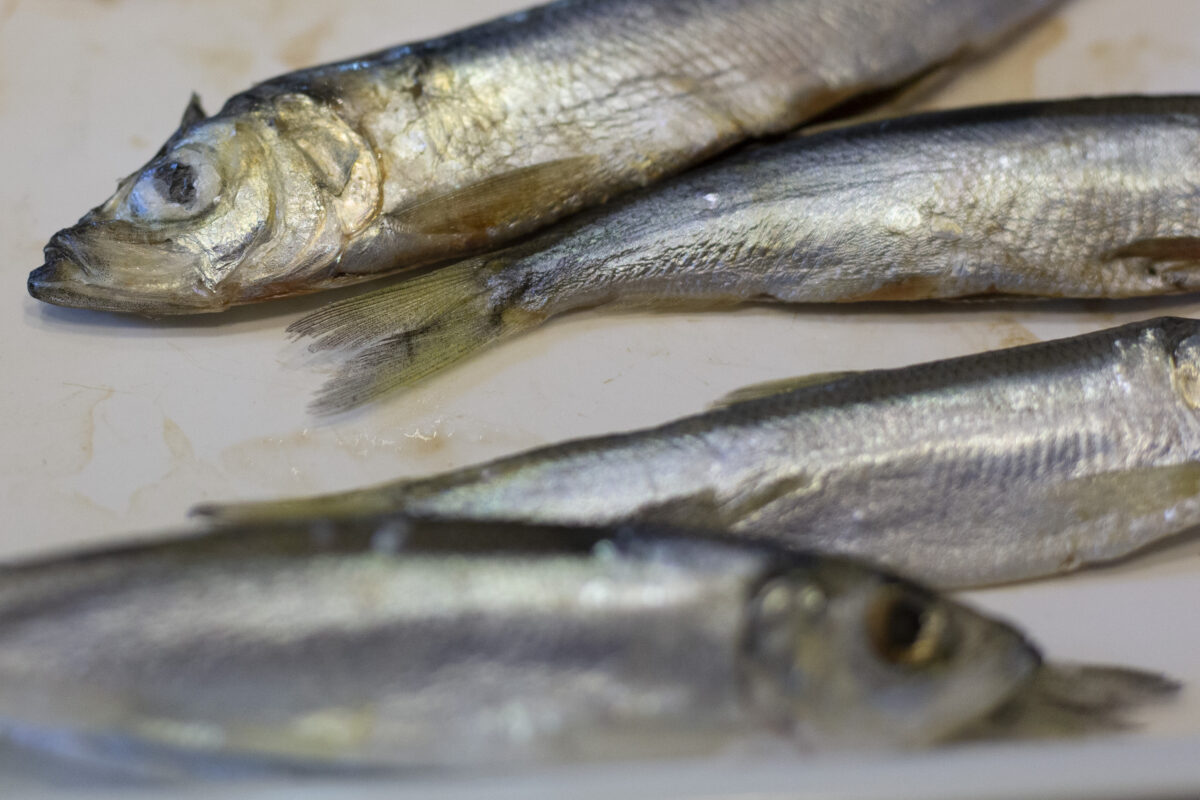 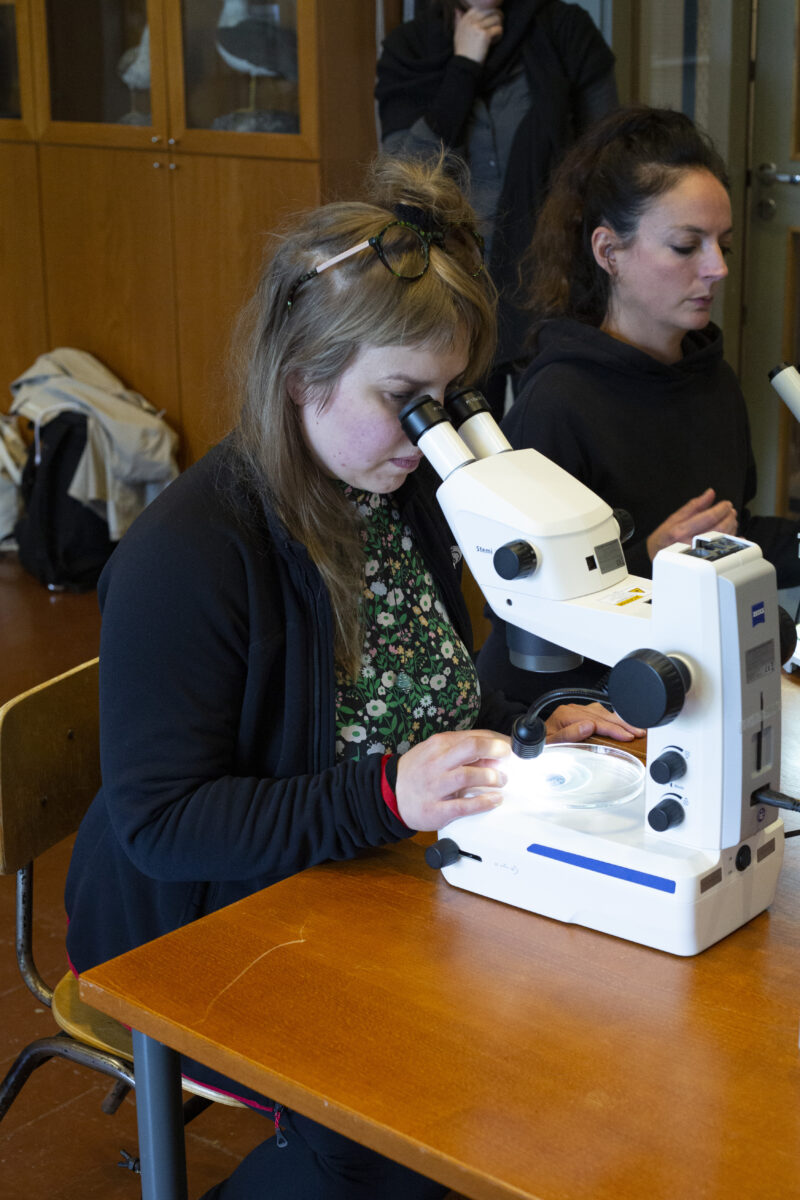 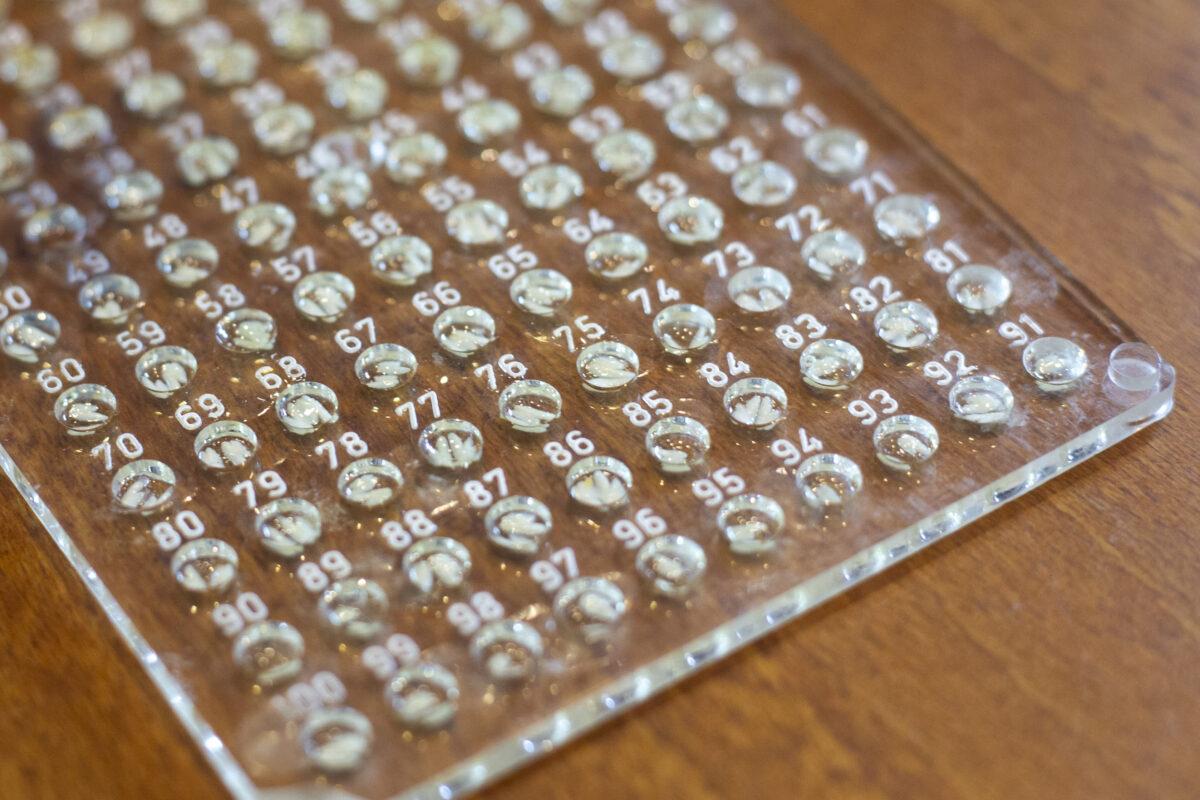 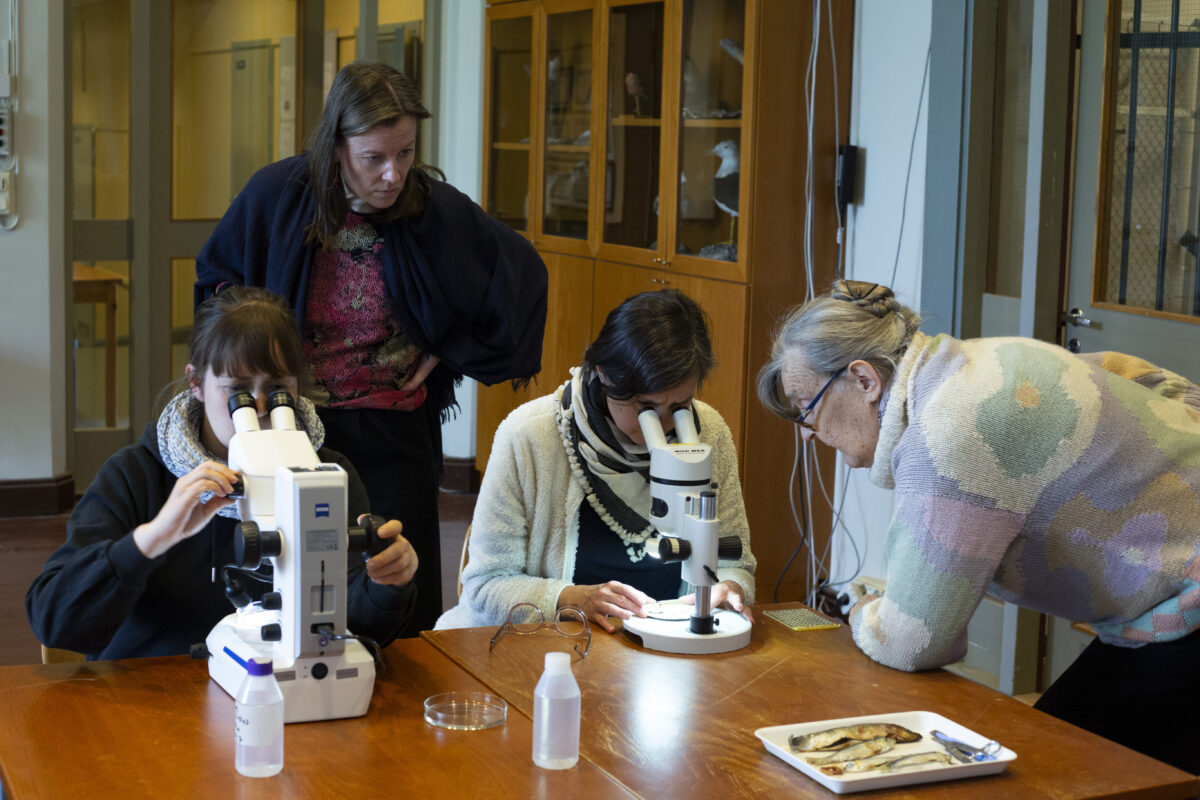 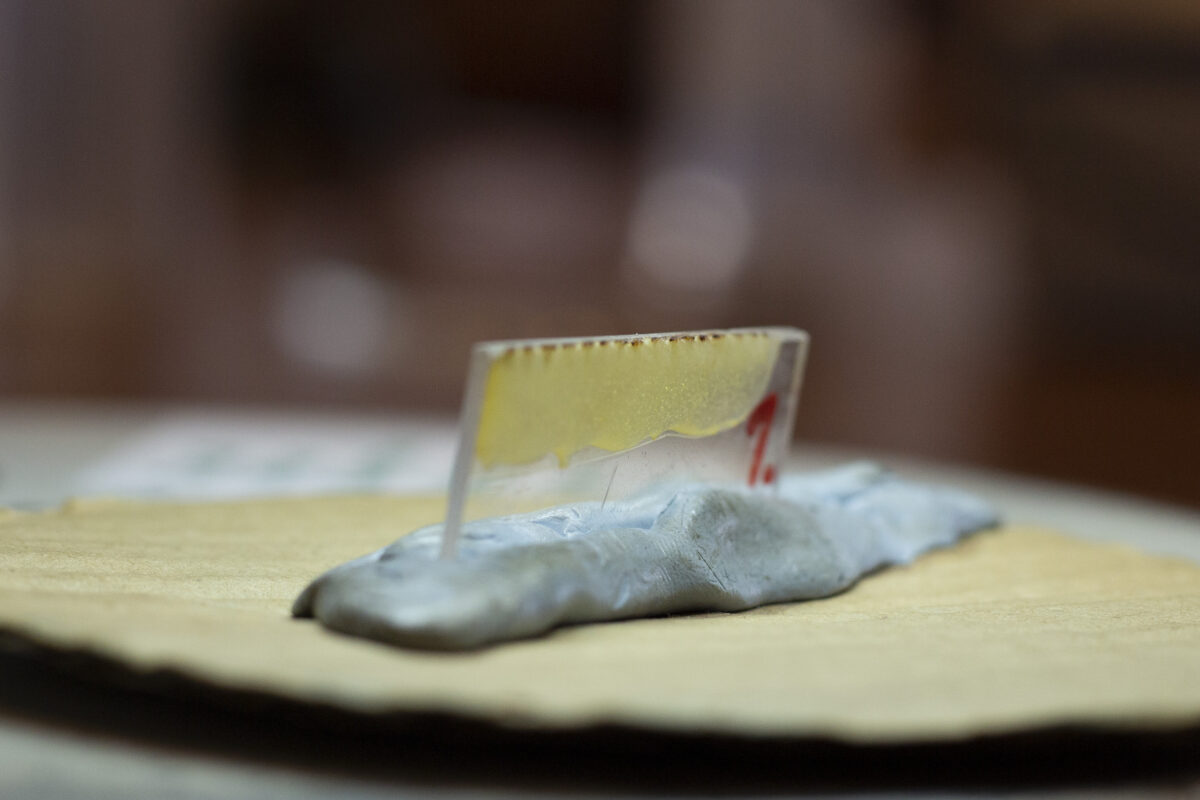 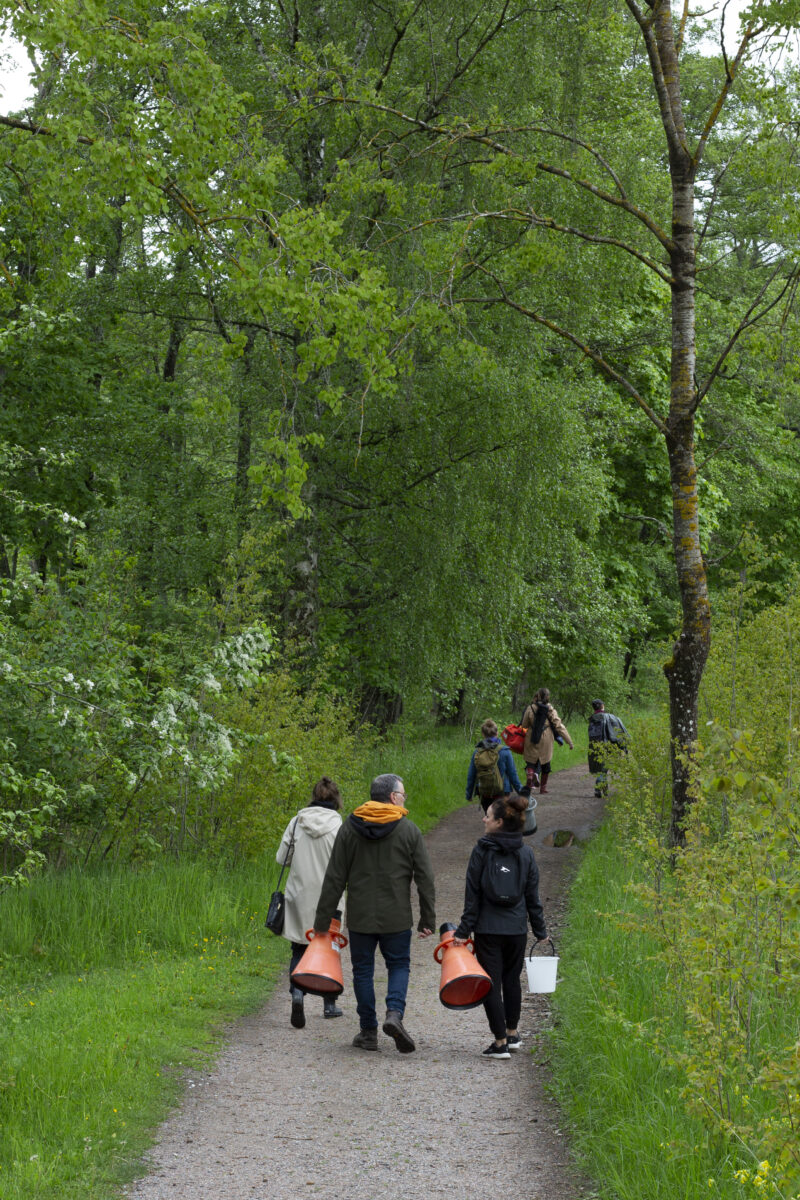 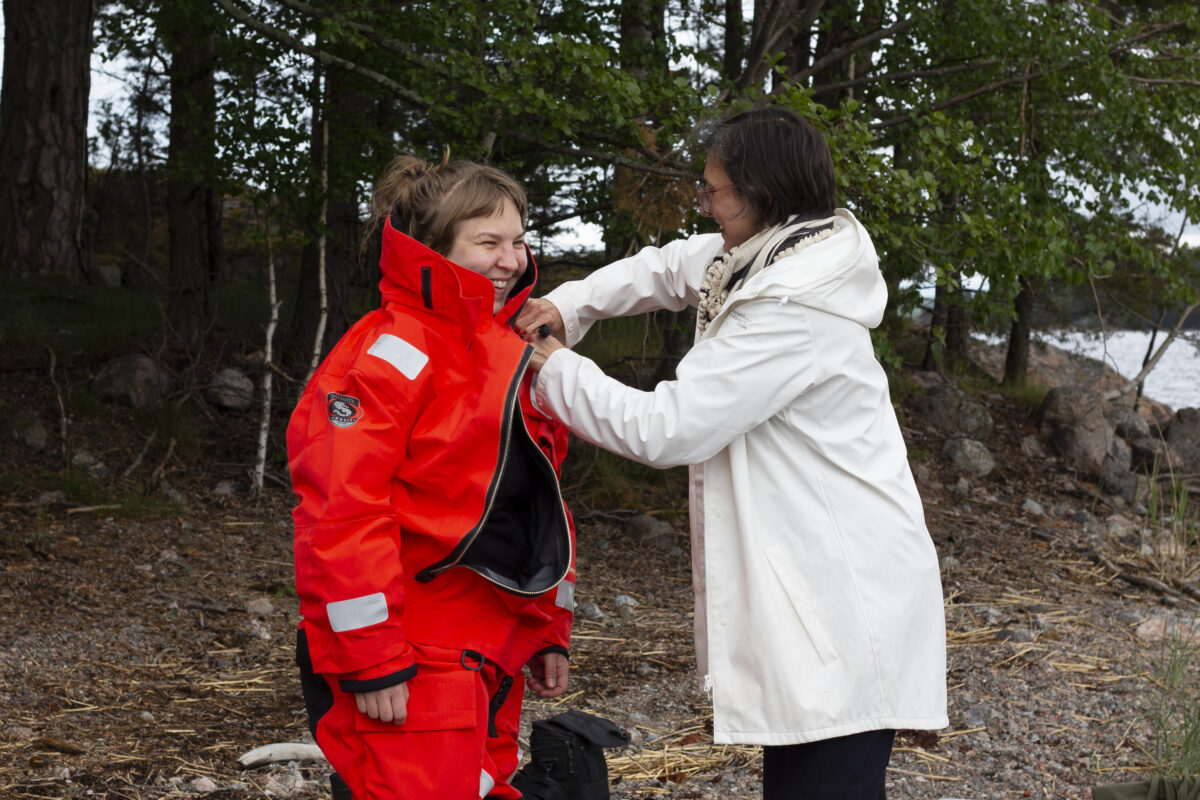 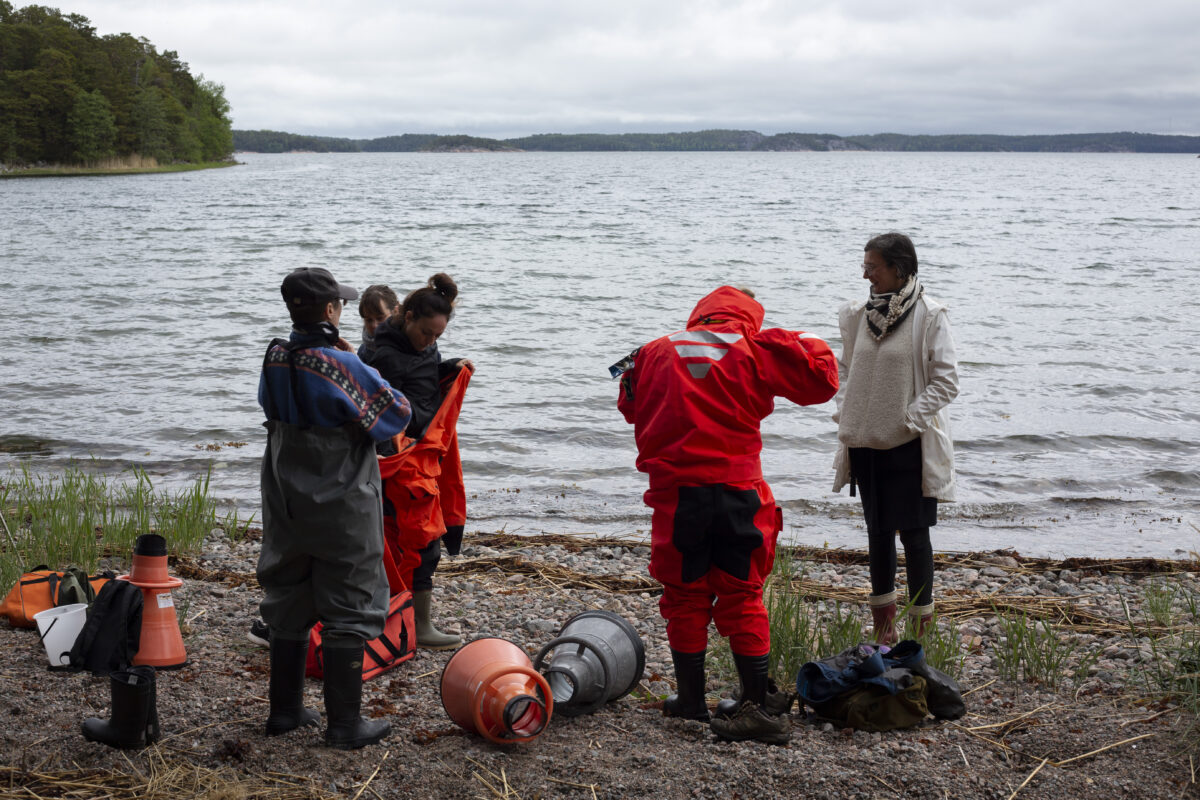 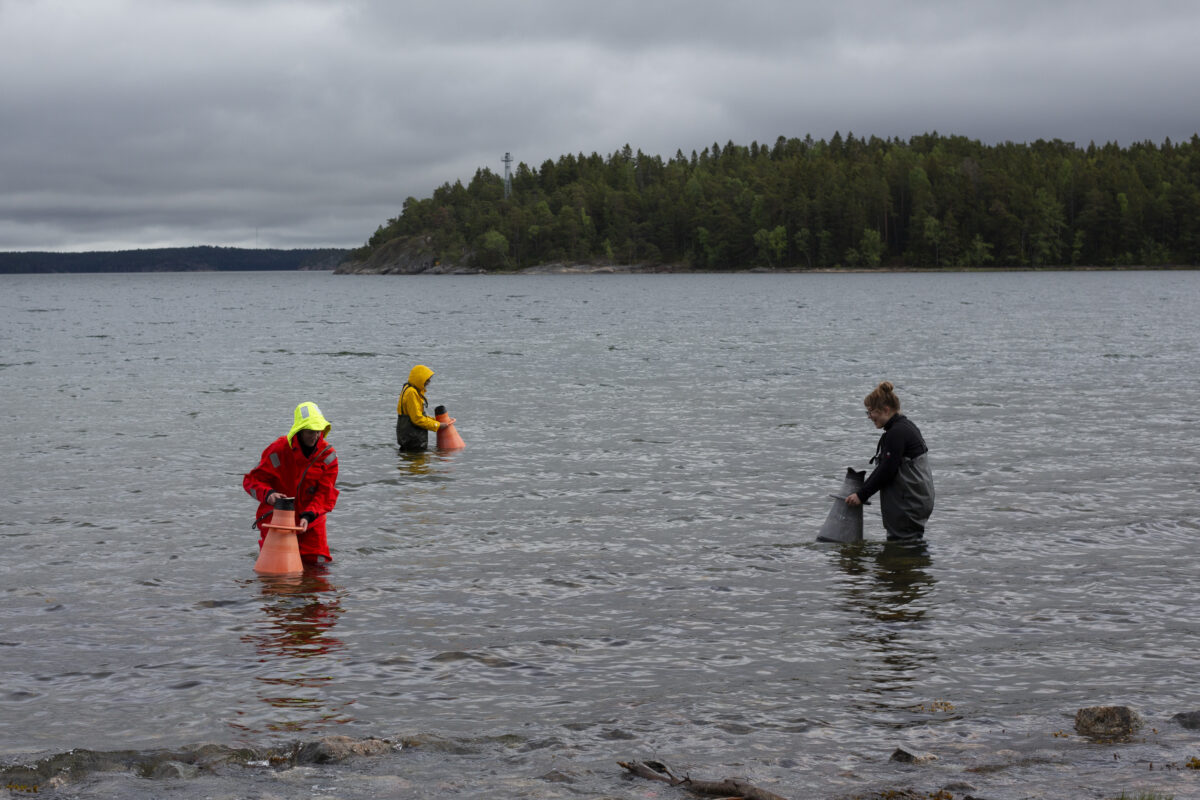