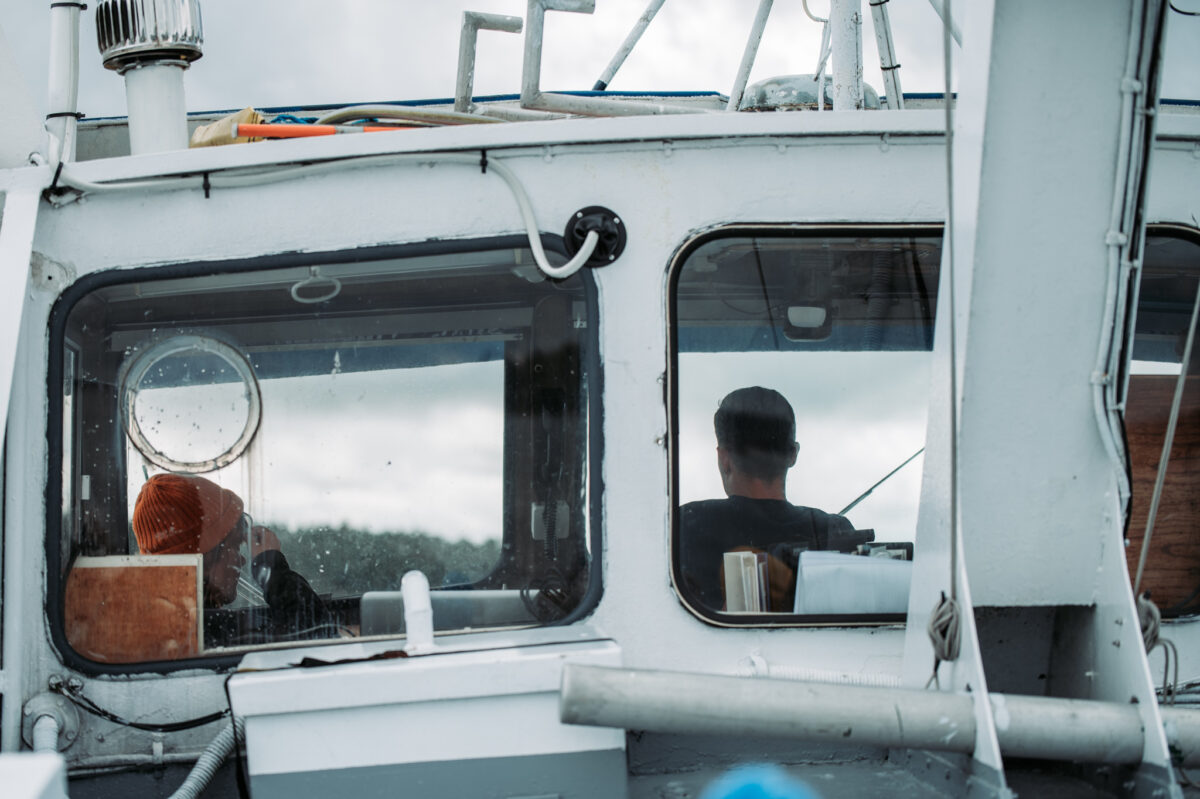 These notes by Taru Elfving were shared with the participants on the day trip to Seili realised in collaboration with New Performance Turku Festival on 4 September 2020.

Notes for the journey from Turku to Seili:

As I cannot join you on this boat journey, I wanted to share with you some threads of thoughts that have been woven over the years as I have been travelling back and forth between the mainland and the archipelago. These may act here as an introduction to CAA’s ongoing work on the island of Seili, where we will be waiting for your arrival today. They offer some insights into how and what we have been observing, while immersed in this changing environment in conversation with artists and scientists for the past couple of years.

Travelling to the archipelago with a boat from the river Aura, it is possible to trace the lines drawn on the shores by myriad transformations. The different temporalities of change – from cultural history to geological time – are present on the shifting shorelines all around us here. The borders between land and the sea, mainland and islands, fresh and sea water, are quite literally lines drawn in the water.

Ceaseless movements are visible in the faint lines on the riverbanks, on the rocks and the reeds, drawn by the constant, albeit mostly ever so slight, change in the water levels. There are hardly any regular tidal variations here, in this far corner of the rather small puddle of a water body that is the Baltic Sea. So, these lines tell us about the changing winds, weather, seasons.

The shoreline here is also a built environment, where historical layers are in negotiation with contemporary culture over space. This very river estuary, and the archipelago that forms a protective belt in front of it, formed ideal conditions for the emergence of a settlement that became the first town in the land now known as Finland. This remote port of an empire was a point of encounter and exchange between this land and other distant shores. As older generations on the outer islands still recall, the world always came to them. Centre and periphery are also mobile concepts.

Now the old shipyards are giving way to the expansive construction of residential housing. Many people seem to have the means to pay for the seaview these days, or at least the real estate business has forecast so. Some hundred years ago, the local elite built their summer villas on the islands close to the city and emigrated there for the holidays. These villas are now mainly inhabited all year round, with their pretty little swimming huts beautifully restored after decades of dereliction.

As I child, growing up in Turku, I remember walking on the island of Ruissalo past the villas, some of which appeared like ghost mansions. Yet I do not remember spending much time along the river. It was disgustingly smelly, I have been told. The industry upstream has since mainly moved elsewhere, and the rest have had to control their waste waters. Likewise, the nutrient run-off has become somewhat better managed since then in the surrounding ancient agricultural lands. The oldest grain of barley in Finland has been found upstream. These shores tell not only about ecological and economic transformations, but also of changing cultural values.

The Archipelago Sea has also recovered to some extent from the nutrient overload since. Some keystone species of the marine ecosystem, such as the seaweed bladderwrack, have returned in recent years following previous severe decline. Yet the ongoing transformations in the sea are complex and the specific local conditions are interwoven with planetary changes. The ocean and air currents connect our fates across the globe. The scientists in Seili can tell you more. There is only so much we can observe from the deck of a boat.

We should, however, pay attention to the multispecies communities inhabiting these shores. The geese hanging out on the beaches and the great cormorant nesting on some small islets have increased in numbers here dramatically since their conservation status in the EU. Similarly we may be lucky these days to catch a glimpse of a seal again in these waters. Their presence tells of myriad changes in the Baltic Sea ecosystems as well as about the age-old entanglement of human ways of life in these transformations.

Yet it is also necessary to zoom out of the human timeframe when tracing these shifting shorelines. During the 800 years or so that the city has stood here, the land has risen four metres. Following the retreat of the ice sheets after the last ice age, the land has been steadily rising – here about half a metre in one hundred years, up to one metre further north along the coast. This glacial rebound continues to slowly reshape this coast line, which from a bird’s eye perspective from above, or on a map, looks like a mesh of fragments of land rising out of the sea.

New emerging land along the shorelines is being colonised, at this very moment, by various plant species. Meanwhile the marine species of flora and fauna retreat, gradually. Yet the current acceleration of climate change is disrupting this rhythm of movement in numerous unpredictable ways. Increase in rainfall is lowering the salinity of the brackish water here and the marine species have to either adapt or migrate. Ten years ago was the last time there was an ice road to Seili from the neighbouring islands. It was probably also then, when I last ice-skated on the river Aura.

As the last remaining glaciers on Earth melt due to global warming, will the rise in the oceans also reach these remote corners of the planetary waters so fast as to catch up with the rising lands? Will the Turku Castle or the church in Seili stand above the waters circling them again? 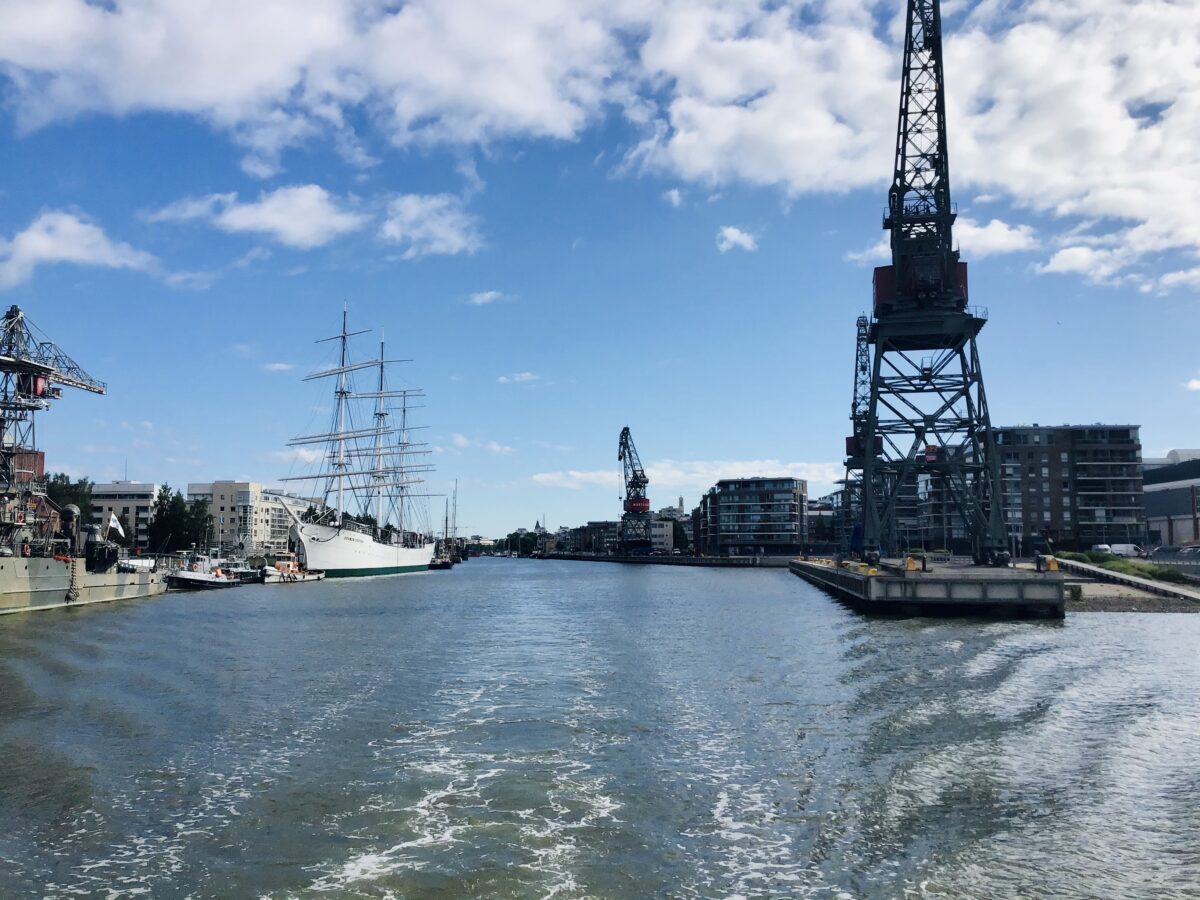 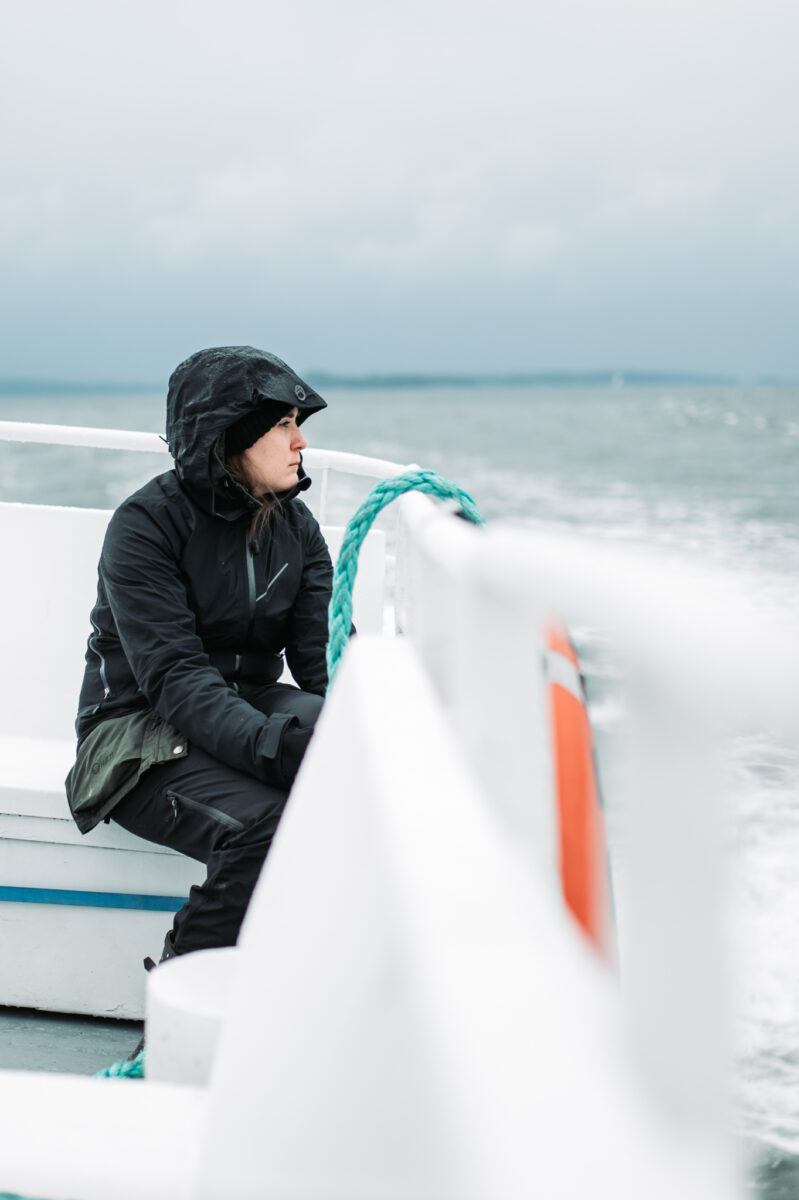