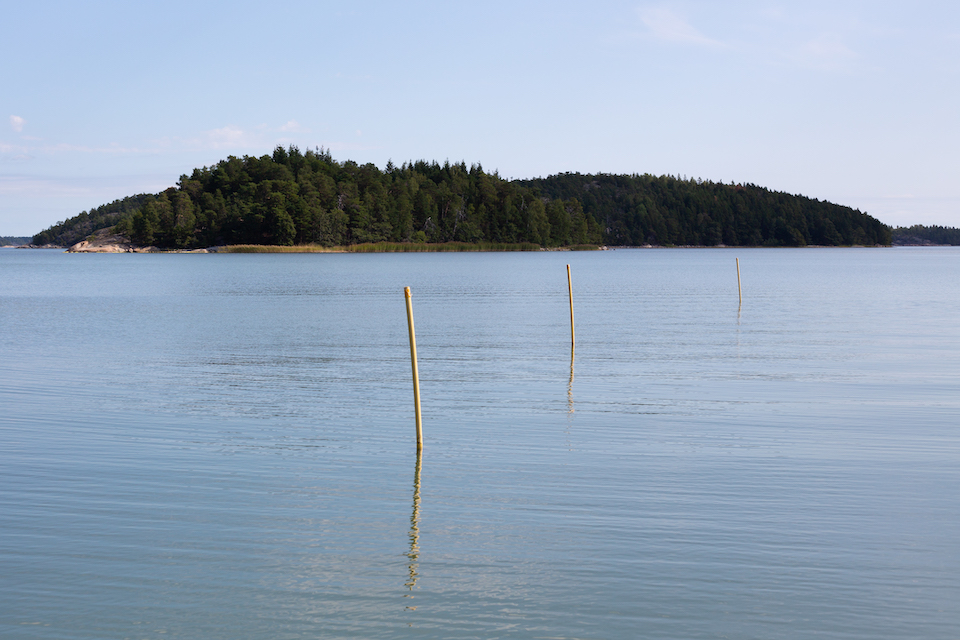 The island of Seili – its name, site, intricacies and entangled narratives – was a stranger to me; or I was a stranger to it. In a brief moment, a handful of August days, a connection was fostered between myself and a place which is not a part of my personal, familial nor cultural histories. It is difficult to feel like little more than a tourist, a fleeting visitor; vulture-like in its picking at the facts and artefacts which have been visibly – and “invisibly” – left behind. Other than the stowaway tick nestled in the groove of my knee, a handful of seedlings clinging to tails of my clothes and a dog-eared notebook, there is meagre evidence of me having been anywhere. As I flick through pages of scribbled lines, travelling backwards from the last leaf to the first, I start to reflect from the beginning of my journey on, and with, Seili.

Islands, slice through the Baltic
like rugged shards
widening, expanding,
establishing their space
amongst sea-nic swirls,
providing a resting place
for seeds to nestle and unfurl.

The Sea, with its bountiful algae,
sprawls its way up, gently
ebbing at the rocks,
while luminous, yellow flora
burst and bloom
lapping at the edges of
this ancient, rising land.

Upon our arrival from the sea, we are greeted by warm weather, twisting oak trees and dabbled butterflies flitting across open meadows. It’s nearing the end of summer. As we walk, we discuss the island’s changing ecology before encountering a point of orientation: a building painted in a pastel peach surrounded by white parasols dancing above uniform wooden tables. Though tourist numbers are fairly low, a disconnect remains between the different worlds – Seili as tourist destination, Seili as research site, Seili as hospital – which have taken and which take place on the island. A walk to the church grounds you a little in the past: the red wooden structure is coupled with a sparse graveyard where a few stark crosses lean with the flow of the land’s gradual incline.

We talk together, then walk alone. I recognise that my relationship with Seili is more physiological and experiential than spiritual or historical. As I meander through the island’s topography, I think of filmmaker Lotta Petronella’s words “the skin of the island,” which resonate with my own interest in the microbiomes of “surfaces” as meeting spaces or “contact zones”. The lichen, moss, insects, rocks and swaying grasses are part of the island’s skin – a giant organ which stretches over the ancient land and down into the water. Temporal borders come into focus – from the sea-lines left on permeable rocks to the yellow-tiered reed bed which rests at the water’s surface – and a curiosity into how my own body moves across the island’s skin arises. I feel clumsy, like an intruder, as dried-out lichen and bilberry shrubs crunch beneath my feet. How can I learn to walk gently across the island, to learn its rhythms, flows and patterns? Do I even have the island’s permission to roam through its slowly ascending body?

It comforts me to listen to Ilppo Vuorinen (former Director of the Archipelago Research Institute, Turku University), talk about the archipelago islands which have been rising since the last glaciers had receded – a rare narrative to hear today when so many coastal spaces are submerging. But what about the sea and the “territory” it loses? Though the changes are slow and slight, the space between islands is narrowing. The land and sea continue to choreograph each other over time: it’s a playful tussle between rock and water – and a more poetic thought than humankind’s management of these sites. As I swoop beneath low branches, step over rocks and meander along shores, I think about how both land and sea choreograph me. My movements are changed by these visible agents – but also by “hidden” ones. A fear of long-grass associated with tick-borne illnesses; the knowledge of an administrative border; sombre stories or even our own imagination all affect our movements. Could we consider that all living (and non-living) things choreograph each other in one way or another?

As we gather, together, CAA Artistic Director Taru Elfving asks “how much knowledge, or type of knowledge, do you need to engage with a place?” We speak about “landings” and María Puig de la Bellacasa’s notion of caring knowledge which resonates with my desire to move “better” across the island. But what is better? I am a human who stands upright on land and lays near-horizontally when moving in water. Perhaps better is a considerate and careful approach to the site – one which is attuned to different times, scales and spectres which may not always be visible. Though technology brings us closer to new discoveries, there is an increased distance between us and the environment – something which Anna Törnroos-Remes (Associate Professor, Environmental and Marine Biology, Åbo Akademi University) describes as being present in her work: acoustic imaging of the sea floor provides data but can lead to the omitting of biological processes. As technology advances, do our bodies regress and disconnect from the physicality of the environment?

In being present on the island with two folklorists, my understanding of the island and its histories shifts. Folk stories, sacred spaces and rituals are elements which I rarely engage with: on Seili, I gain an appreciation for these practices. A walk into silence – suspended between a dense forest of trees, lichen, moss and rocks – breaks the quotidian humming: it makes my ears listen harder and encourages my body to observe deeper in a space which, somehow, feels sacred. Does silence become sacred because of its rarity? Which actions and qualities encourage us to acknowledge something as being sacred? During the retreat, we speak about the importance of recognising and retelling stories of the past but also to sit and observe a small part of the island – to make a personal connection or memory in that place; to ground, temporarily, in that moment. But how do we “ground” on or in a land or, indeed, a body of water, when it is in constant flux?

Slivery, silvery fish,
hop, hide to hide,
either side,
of a ridged-back reed
which rests, reclined,
on the surface of the Sea.

The discarded limb,
yellowing in the water,
becomes, for an instance,
the shoal’s sole focus –
their Tiger’s-eye,
and site of
an afternoon’s delight.

Pick a side, we’re told,
as the line is drawn,
while fish continue
to flip since dawn,
in defiance of, either flank,
flop, drop,
as the Sea disperses. 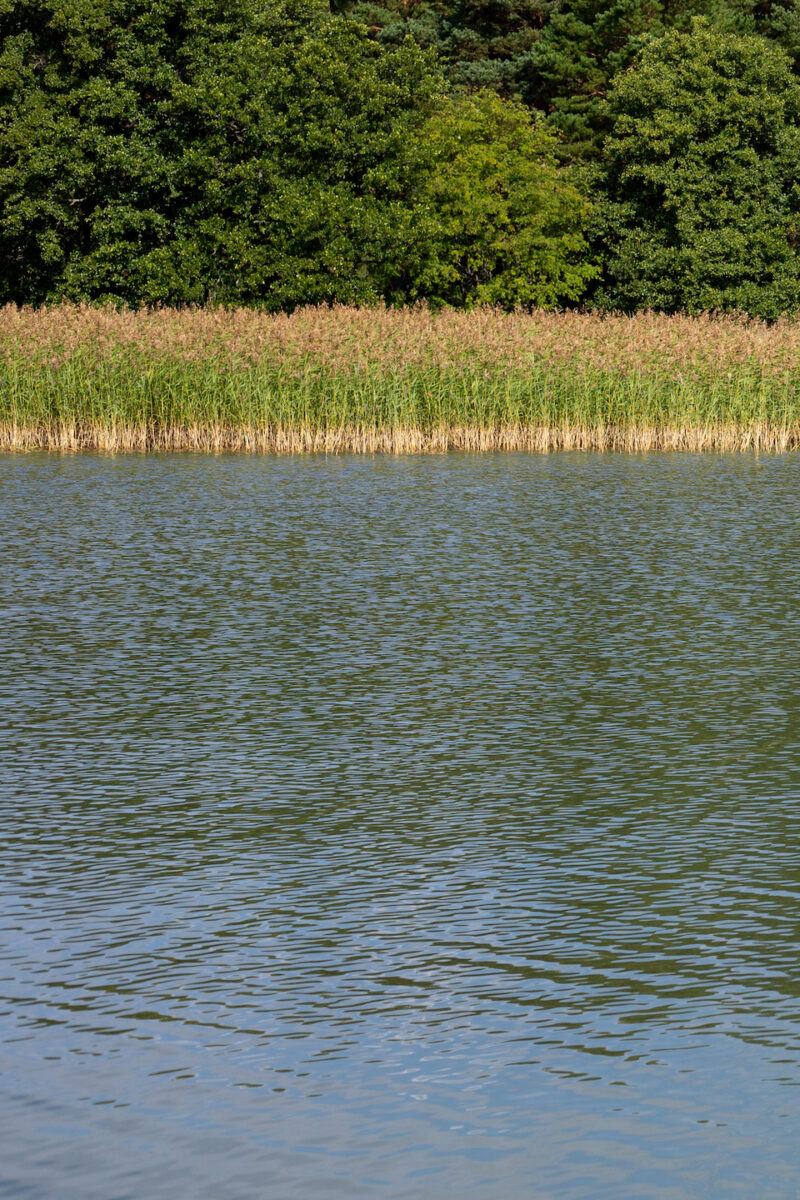 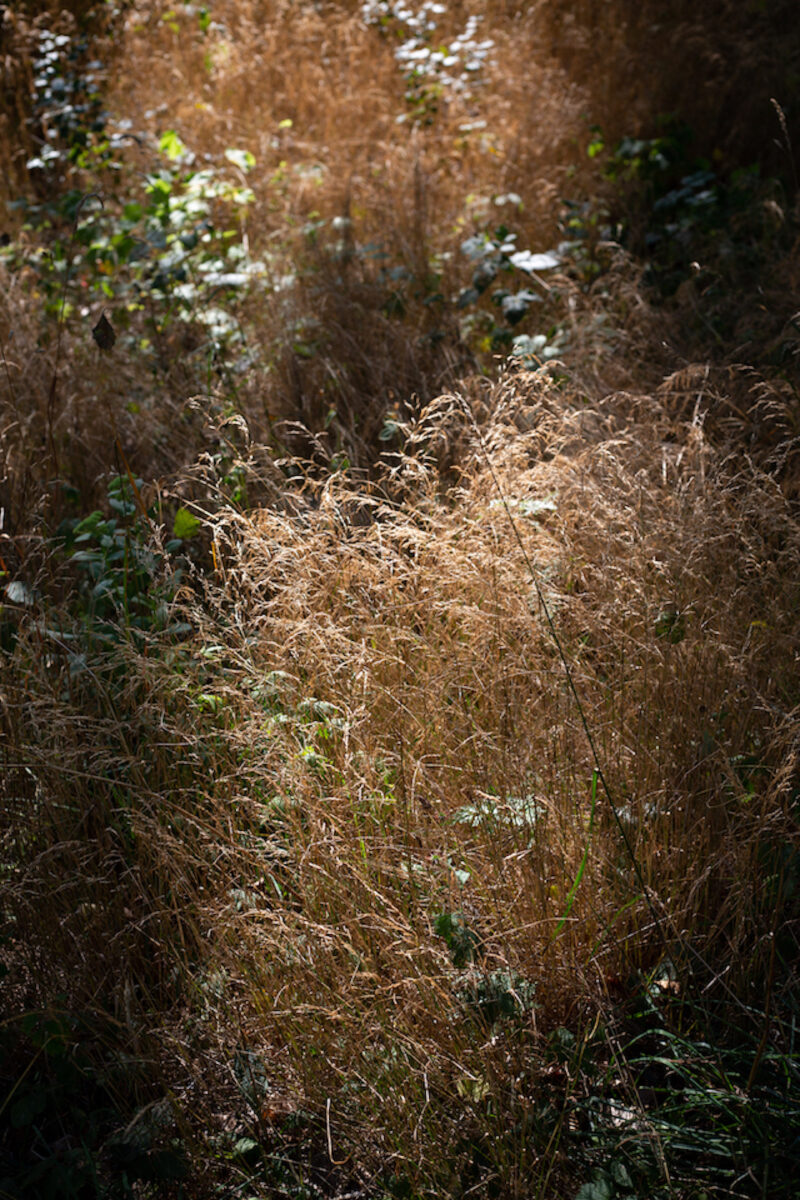 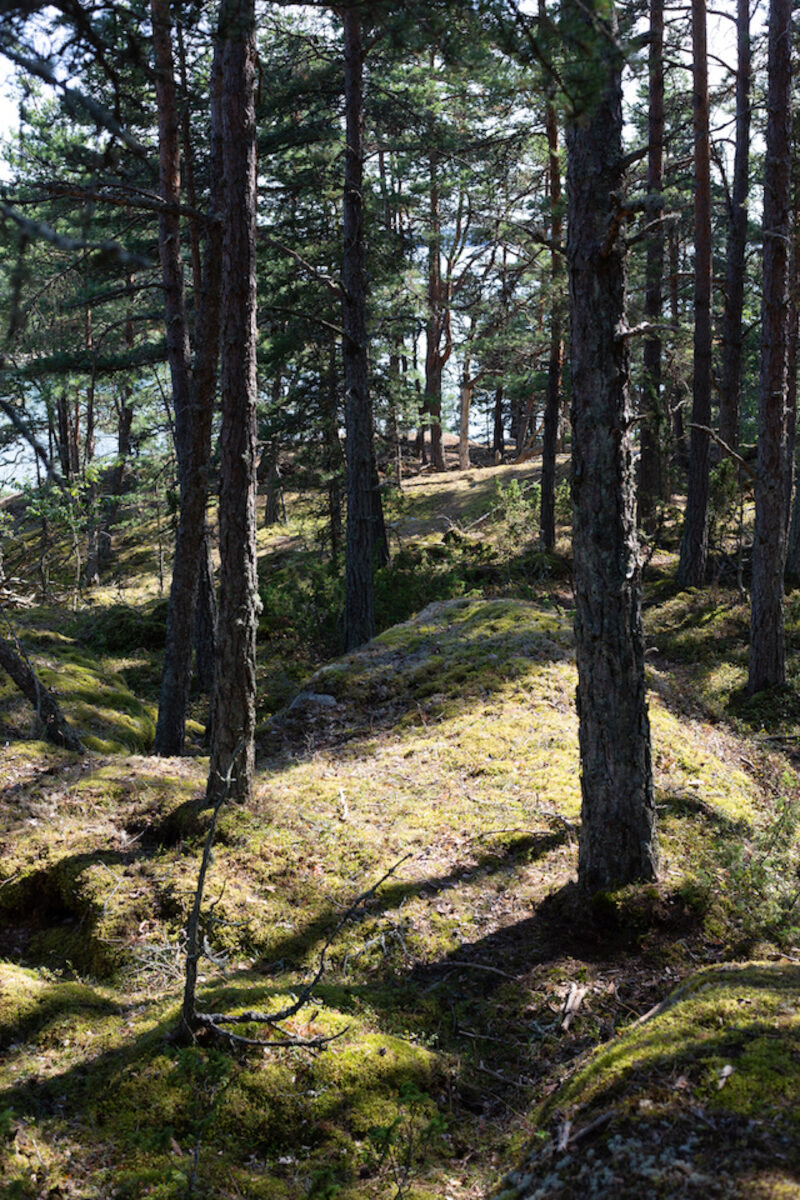