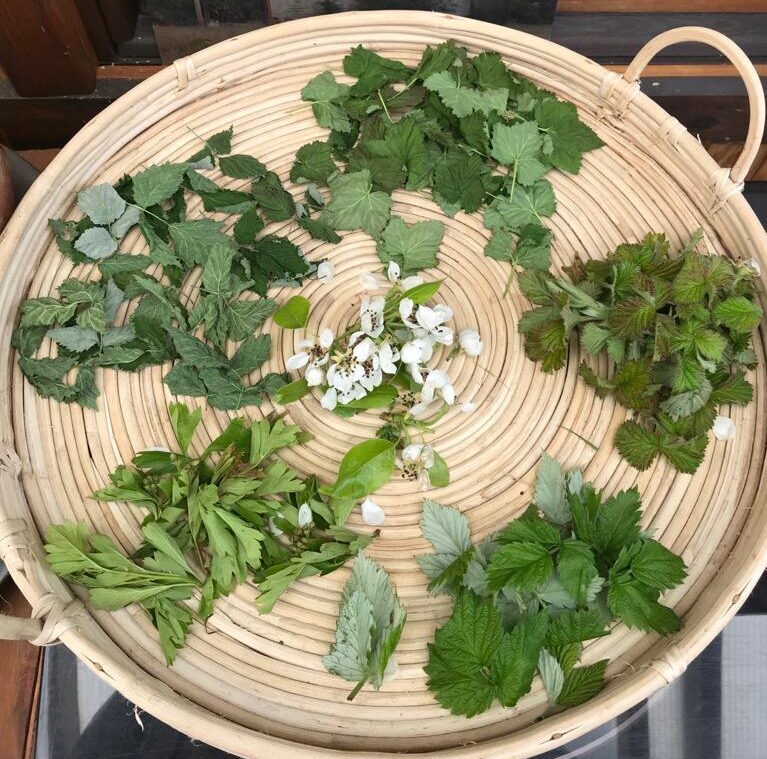 Notes on Transhemispheric Conversations – across, along, about and as waterbodies

The text below by Taru Elfving was written shortly after a week of the transhemispheric conversations 27-30 April 2020, based on the notes taken during the presentations and open discussions.

We start our conversation focused on, nearby and as waterbodies. The week of online conversations, replacing an intensive programme of site visits in Puerto Rico, began by following seeps and leaks between the places and positions from within which an emergent “we” came to speak together – as artists, scientists, researchers, designers, curators, writers. Rather than free-flowing, like the illusionary markets and information networks, watery bodies live viscosity, sticky on their porous boundaries and in the myriad arteries where the currents are always somewhat unevenly distributed and unpredictable. Like the Baltic herring that have to adjust the salinity of their bodies to the fluctuating salt levels of brackish water in their surroundings, we also have to adapt our bodies, subjectivities and practices in the face of climate change. How do we know what we know? How does this differ from one place and a field of research to another?

I am writing these notes by a lakeside sedimented with histories of extraction in what is today known as southern Finland. Iron ore and copper dug out of the ground, smelted and leached here through the centuries, and transported via rerouted waterways out to the sea and towards distant shores of empires past. This history is now merely a curious narrative backdrop to the cultural landscape and growing investment in so-called “sustainable tourism”. Meanwhile, these waters may no longer leak heavy metals to the Baltic Sea, but they do continue collecting and offloading nutrients from fertilised agricultural fields as well as from the eroding soils of clear-cut forests to the already suffocating brackish waters of this shallow inner sea. As the rains accelerate, the winter frosts become rarer and, perhaps, periods of drought increase alongside heavy downpours, the flows connecting everything are also transformed.

While connecting online with colleagues across the Baltic Sea and the Atlantic, from our homes during the global pandemic lockdown (in San Juan, Los Angeles, Copenhagen, Stockholm, Turku, Helsinki), I could not help but think of the rare earth minerals that act as conduits for our conversations. The copper mine here may be history, but somewhere mining ceaselessly continues. Our connections today are woven not only via cables but also through the manifold ecological impacts of extraction. The history of extraction runs through my body as I swim in my local lake and drink the water from our cottage well, yet the most severe implications of my privilege to remain connected, while my freedom of movement is momentarily curtailed, are obviously felt elsewhere today.

As we meet over lunch and dinner, across the time zones and hemispheres, we zoom in on each other’s plates of food. The wealth of fruit and vegetables in the Caribbean contrasts to the spring fare across the Baltic Sea, vivid bursts of colour against subtle variations of green. These shades of green tell of significant differences in ecosystems and climates even across the small geographical distances in the southern part of the Nordic region. They gesture towards transformations to come as climate change accelerates. My rosemary envy, ignited when admiring the blooms in Denmark, may subside if the snowless winters become a norm here too. Yet how fast and far can plants migrate as everything else around them changes apart from the light determined by the latitudes?

Greenhouse appears to be a touchy subject as we hop from one screen to the next, from one garden  and kitchen to another. It sticks to the strands of thought developing through our meandering discussions, reminding of the dangers of the idealised clean and sealable boundaries between inside and outside, culture and nature, north and south, and numerous other problematic binaries. Greenhouses allow for near self-sufficiency in winter greens and the extension of growing season here in the North. With its colonial legacies and possible futures of space colonies, it also haunts mundane supermarket visits. In these climates with changing seasons, we need to reinvent seasonal eating and living. Could the greenhouse also be reclaimed as part of gardening as resistance to industrial agriculture, privatisation, and the related abuses of natural as well as human resources?

We discuss the urgency to unlearn certain behaviours while relearning local knowledges and skills, such as foraging, to overcome the amnesia cultivated by intensified agriculture. Meanwhile, there is much to be adapted from different food cultures, from across hemispheric distances, in response to the ecological crisis. Numerous possible paths await their discovery in the reinvention of culinary traditions in response to ecosystemic and cultural changes. Yet what kind of knowledge is required for us to become, for example, predators of invasive species while attentive to the balance in the ecosystem and its foodweb that we are a part of?

Stinging nettle keeps on reappearing time and again amidst our conversations and on the Nordic dinner tables. A sure sign of spring. What is considered a weed in agriculture, has been a valued source of minerals in indigenous cultures. Nettle is kin to numerous other plants globally that remain living archives of entangled naturalcultural stories of co-evolution, like yucca in the Caribbean – not only eaten but woven into cloth, and much more. I imagine the sound of nettles, as it might be recorded by Kalle Hamm and Band of Weeds with a method that turns the pulses of mineral flows inside the plant into an audible sound. How does the metabolism of nettle resonate with ours? Nettle acts as a conduit between bodies, as it filters and unearths minerals. It does not permit effortless consumption but rather demands attentive engagement. I remember vividly what it taught me as a child about cycling recklessly off the beaten track on a meadow. Witches’ herb, I am told.

Food is certainly a good place to start when thinking of intra-twinements and entanglements, as our meeting across the tables attests to. Gathering around food makes space and time for digesting thoughts, and for conversations to aimlessly wander in directions not predetermined. Talk about eating by hand, and its health benefits for our gut bacteria, makes me wonder about its potential as a method beyond dining, in research and art practice. Emphasis shifts to the hands-on process of feeling one’s way and handling with care. What if we put our usual tools of the trade aside for a moment and went feral?

The week of scheduled meetings included a session, around midnight and sunrise in our respective locations, without any tools of technological mediation or predefined format of engagement. The aim was to focus attention on the potentialities of committed connections beyond programmed activities.

In the midst of planetary ecological crisis there is a growing need for experimentation with modes of staying in contact, which are mindful of the multitudes of attachments that cannot always be perceived or known, yet which tie our fates to those of myriad others. We will no longer be able to travel at the intensified pace of the unequal global circulation as before the current pandemic. Neither can we solely rely on the accelerating speeds and indefinite expansion of online networks. Both detach us from everything in between the nodes of connections, the two end points on the line, and encourage us to forget that “in ecological thinking there is no irrelevant background” (Puig de la Bellacasa 2015).

How to, instead, account for the impacts of the technologies and methodologies used, and to make them resonant in our practices and the turns they take? This also calls for a rethinking of what are all those modes of communication and knowledge dismissed as unscientific or illusionary – for example, in embedded research practices and observations, or in between different species. How to approach these communications and knowledges without necessarily reducing them to definitions in the already available and mastered disciplinary languages? How to set out to practice them, with curiosity?

How do we cultivate communications and collaborations that do not ignore as irrelevant background all the more-than-human entanglements always already present? What might be the possible protocols for this kind of experimental cultivation, where it cannot be predetermined what will germinate or how it will grow?

We visit via virtual wavelengths, with momentary delays and lost sentences, each other’s gardens as well as sites of research. Nurseries for endemic fish and trees in Puerto Rican restoration work draw my attention to the boxes of pine saplings waiting to be planted in a clear-cut patch of forest near my home. Is the colonial sugar plantation the past of the present timber industry monocultures? Or, does the regeneration of endemic ecosystems in the Caribbean point towards a possible future, a turning of tables on fast-depleting soils and decreasing biodiversity?

Perennials in the gardens get a due mention too, as do seeds. They both demand attention to seasonal cycles and difference in repetition, rather than linear curves of growth. They raise the question of guardianship, and of who has access to and what is left of everyman’s rights or the commons? What is considered a weed, and why? What is conserved, and how? What may be lost in the process? After all, as conservation and restoration projects suggest, once ecosystems have been protected it is possible to study and understand them more in depth. Only then may we know what actually needs protection and care. Modes of care and knowledge crossfeed each other.

Water and air flows both uproot and reground thinking between singular locations and planetary perspectives. They also insist on the cyclical and the manifold, rather than the linear and the progressive, whether in the case of the Saharan dust in the Caribbean or the shifting salinity levels in the Baltic Sea. Following the currents through waterways and the atmosphere, my awareness of far-reaching connections has certainly deepened and gained meaningful stickiness with the places and people I have had a chance to visit and spend time with over the years. The experience of this week of encounters online emphasises, furthermore, the importance of lingering, of taking breaks from productive and programmed activities. Coffee breaks and dinner conversations, or transit times seated next to each other in shared transport between places, are not irrelevant. How can these space-times of togetherness be extended to or recreated in modes of contact across geographical distances?

How to allow for ongoing or recurring connections, beyond mystical or sci-fi telepathy? Or, what kind of methods might allow for the needed attentiveness that is not so unlike telepathy? Swapping recipes to be readjusted to the different local and changing climates. Letter writing and note taking, pausing to articulate one’s thoughts and observations rather than taking a snapshot to share. Slower modes of sharing that intensify and extend the present.

Moreover, protocols are to be rediscovered or (re)invented and implemented, as in the propagation of plants. Long-term commitments to embedded practices in specific ecosystems or communities remind of the necessity to gain a permit, to be permitted. What kind of prior knowledge and process is required in order to be granted access to situated knowledge? What does one need to know in order to care? How to care well enough to be able to know better?

The week of online conversations was organised as part of the ongoing collaboration Transhemispheric Residency Programme, initiated and coordinated by Luis Berrios-Negron and Maria Larsen, funded by the Nordic Culture Point and the Nordic Cultural Foundation. 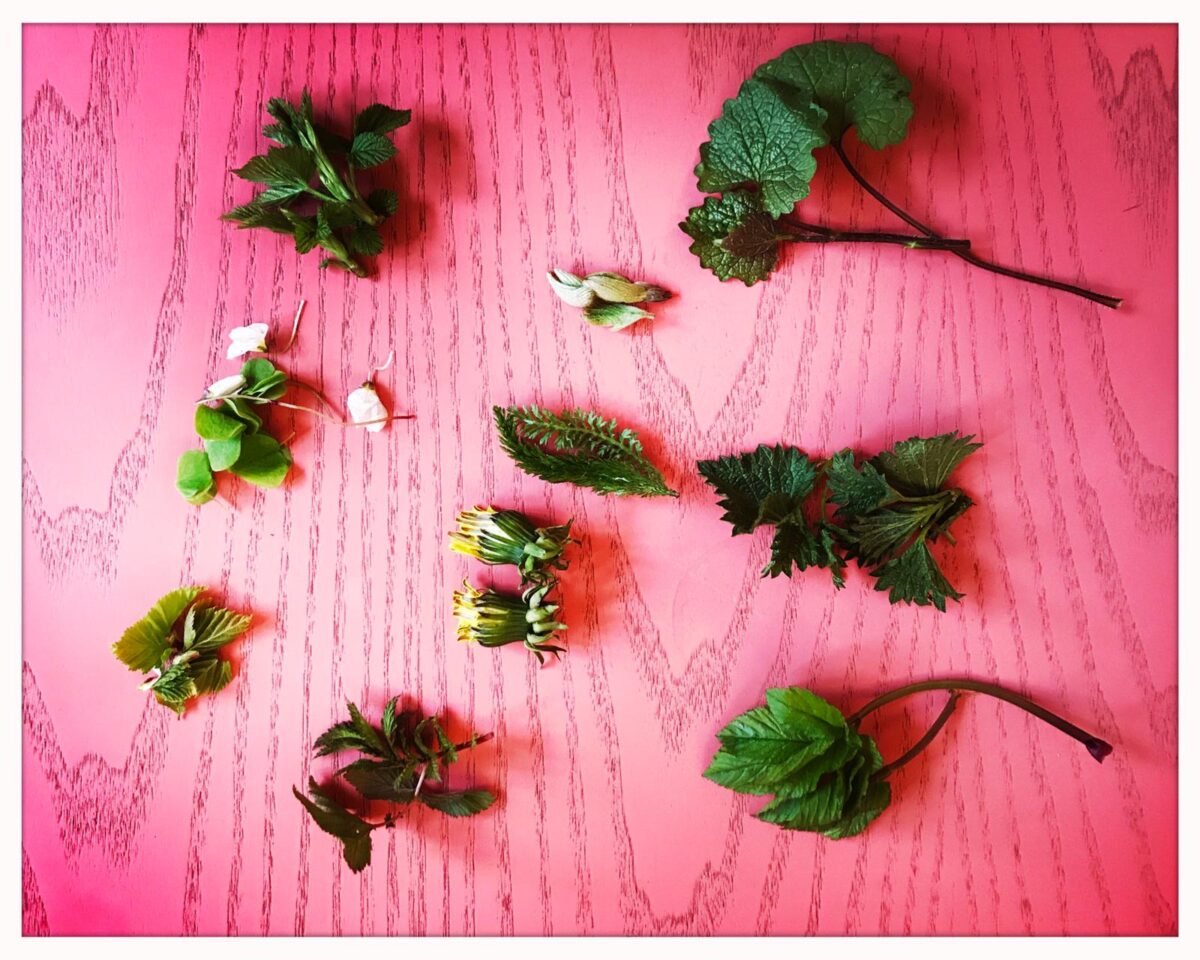 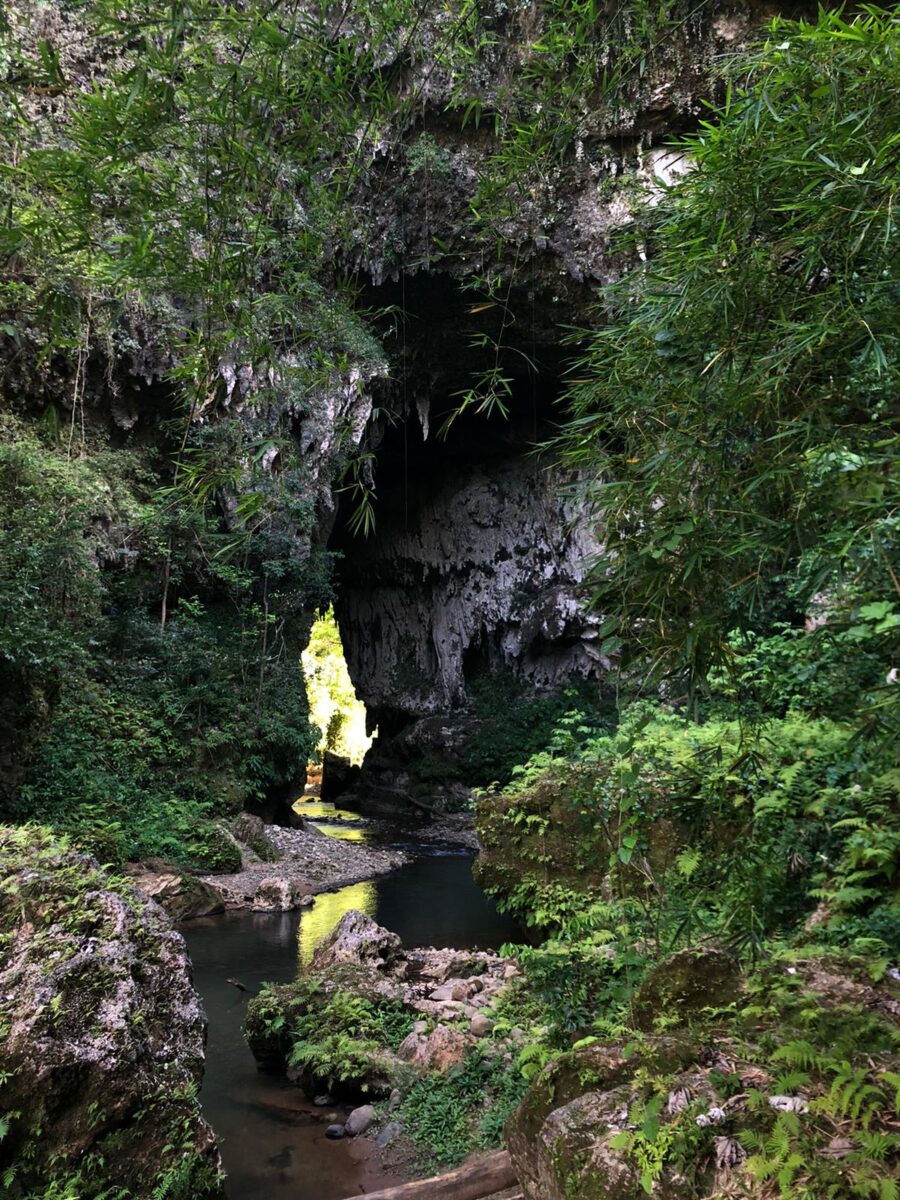