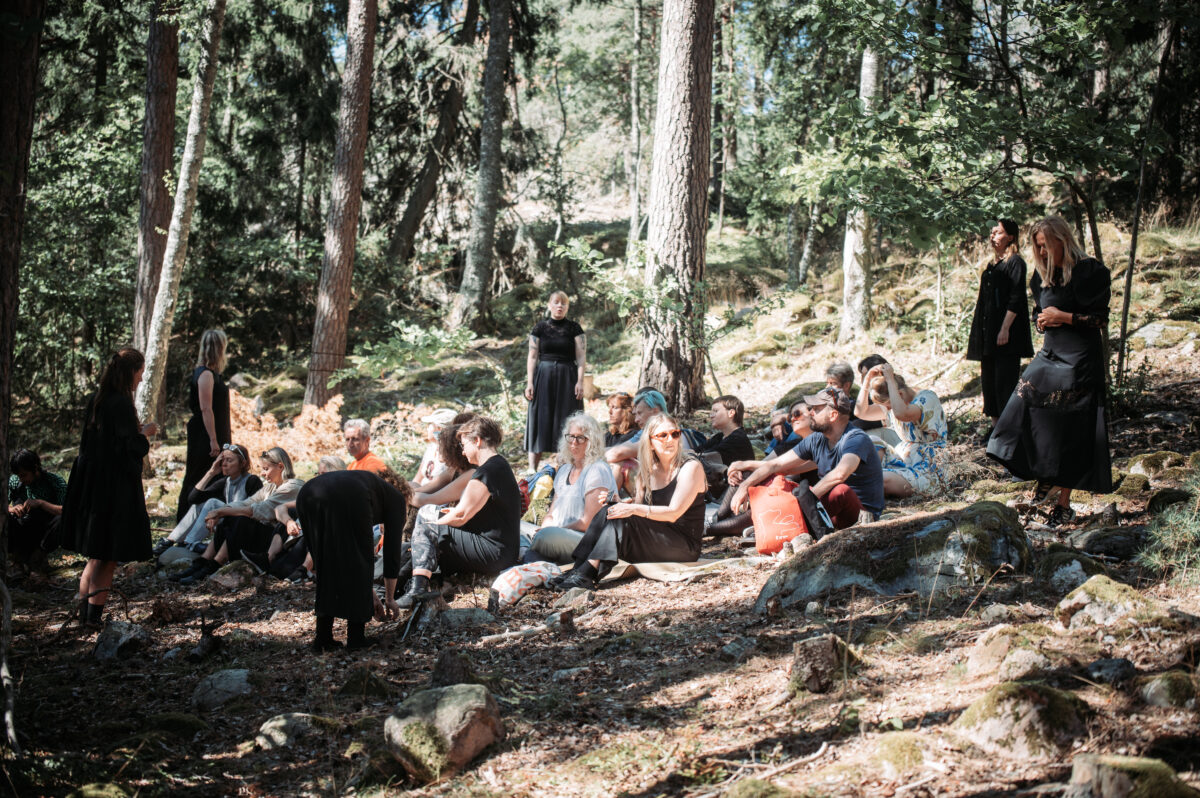 Field notes: Exercises in Attentiveness I

NPT x CAA How do you know what you know? Exercises in Attentiveness I

How do you know what you know? How to pay gratitude to all that makes our thought and labour possible? How to attend to that, which has been left unnamed and unnoted? How to withhold from the urge to name?

These are some of the multifaceted questions enfolded within the event series How do you know what you know? Exercises in Attentiveness, held across a handful of immersive days in summer 2022. The first of two public iterations to be delivered in collaboration with New Performance Turku took place on Friday 12th August on the island of Seili. It provided audiences with an opportunity to actively participate in CAA’s ongoing experimentation with exercises in attentiveness, as well as to engage with the organisation’s new site-specific commissions produced in collaboration with the Archipelago Research Institute.

Throughout the day, visitors were invited to take part in a number of artist-led activities and asked to reflect upon the knowledges that they carry and those which are carried by kindred bodies – be they animal, plant, pine, bone or timber (or, indeed, timbre). The exercises comprised of a performance of Band of Weeds’ new interspecies cantata; FoAM Earth’s (Maja Kuzmanovic and Nik Gaffney) deep-time soundwalk; Matterlurgy’s (Helena Hunter and Mark Peter Wright) reading of the Herring’s otolith with biologist Katja Mäkinen; FRAUD’s (Audrey Samson and Francisco Gallardo) timber-infrastructure to chair conversation; and Lotta Petronella and the Själö Poiesis working group’s collaborative gestures towards the present-pasts of island flora.

These exercises, deeply entwined with the stories and spectres of Seili, are part of CAA’s long-term commitment to nurturing the sharing of methods, protocols and rituals between artists visiting Seili and scientists with decades-long embedded practice in the Turku Archipelago. Each exercise draws upon and meshes together multiple practices – from healing and meditation, to scientific readings and data sonification – in order to reveal, recall and/or reflect upon the knowledges and sensibilities that have been hidden by, or buried beneath, more institutionalised ways of knowing.

On arrival to Seili, the group of visitors were guided to Fields of May by FRAUD, a public infrastructure comprised of a salvaged-ship-mast seating area. The day’s programme began with the raising of the Baltic Herring windsock, a new ritual initiated as a call to come together across diverse fields of knowledge to follow the more-than-human community of the archipelago in the address of our shared ecological urgencies. The visitors were then guided to the island through different activities.

Lotta Petronella, in collaboration with Lau Nau, led small groups to step carefully into the southern forest of Seili. Performed by a choir, Själö Poiesis: Lament to Pine Trees invited the audience to join in a polyphonic gesture to attend to the numerous pine trees girdled and slowly dying as part of nature conservation. The performance was brought to a close with an intimate scent ritual by Anna Karhu-Cormier. As part of Själö Poiesis, another group was guided by biologist Jasmin Inkinen onto the grounds of the old hospital to Botanical Session with Henbane, an in-depth scientific and poetic meditation on the medicinal plant, henbane, which is also a living witness to the centuries of institutions on the island.

Meanwhile, the workshop Otolith Reading led by Matterlurgy and biologist Katja Mäkinen shared methods across art and science for listening with and reading information in the ear bone of the Herring, a fish whose changing physiology has been linked to climate change and shifting conditions of the Baltic Sea in the decades-long research at the Archipelago Research Institute. The day’s programme ended with the concert The New Pangaea by Band of Weeds featuring Anniina Saksa in the historical church. Reflecting the entanglement of human and plant life on the island, the interspecies cantata introduced 20 plants, which represent diverse modes of migration to and disappearance from Seili. Composed of field recordings on the island and signals of plants translated into sounds audible to the human ear, the cantata conjured the wooden church into life and became intensely resonant with the myriad multispecies inhabitants and spectres of Seili.

Alongside these live performances, audiences were able to engage with independent activities at their own pace. FoAM Earth’s Post Glacial Rebound took visitors on a personal audible journey through the island’s epochal changes by giving voice to its quieter movements and inviting listeners to breathe with the motions of a rising land. The soundwalk was accessible via an hour-long, pre-recorded soundtrack (downloadable to a personal device) and a map guiding you from a start- to an end-point.

In addition to Band of Weeds’ live performance, participants had the opportunity to experience parts of The New Pangaea through a long-term site-specific installation in which QR codes connect physical locations on Seili with an online platform. In scanning a code on a personal device, visitors can learn about the evolution of the island life since the end of the ice age from the perspective of plants through illustrations and animations, audio recordings and texts by researchers.

Själö Poiesis took on a semi-permanent form with its Apothecary installation in the main Archipelago Research Institute building and former hospital. Displayed within a wall-mounted cabinet – part museum vitrine, part laboratory storage – is an assemblage of essences, tinctures and illustrations relating to the wider Själö Poiesis project. Lotta Petronella’s medicinal flower essences are described by the artist as a “library of care” in which the spirits of Seili’s flora are made ready for use in healing rituals. Nearby, a series of scent notes by Anna Karhu-Cormier archive the existence and open-up the properties of 12 plants living on Seili, while pressings by Cecilia Westerberg reveal details of an upcoming tarot-inspired deck of plant cards.

The live performances were repeated on Saturday 13th August on the island of Seili. This was followed by a second collaborative event with New Performance Turku (NPT x CAA How do you know what you know? Exercises in Attentiveness II) on Saturday 3rd September on the island of Ruissalo and in venues in Turku.

NPT x CAA How do you know what you know? Exercises in Attentiveness I and II are organised in collaboration with New Performance Turku and form part of a wider series of events collated under the same title. The programme and the presented art works are produced as part of CAA’s project Spectres in Change in collaboration with the Archipelago Research Institute, and have been supported by Kone Foundation, the Swedish Cultural Foundation in Finland and the Oskar Öflund Foundation. 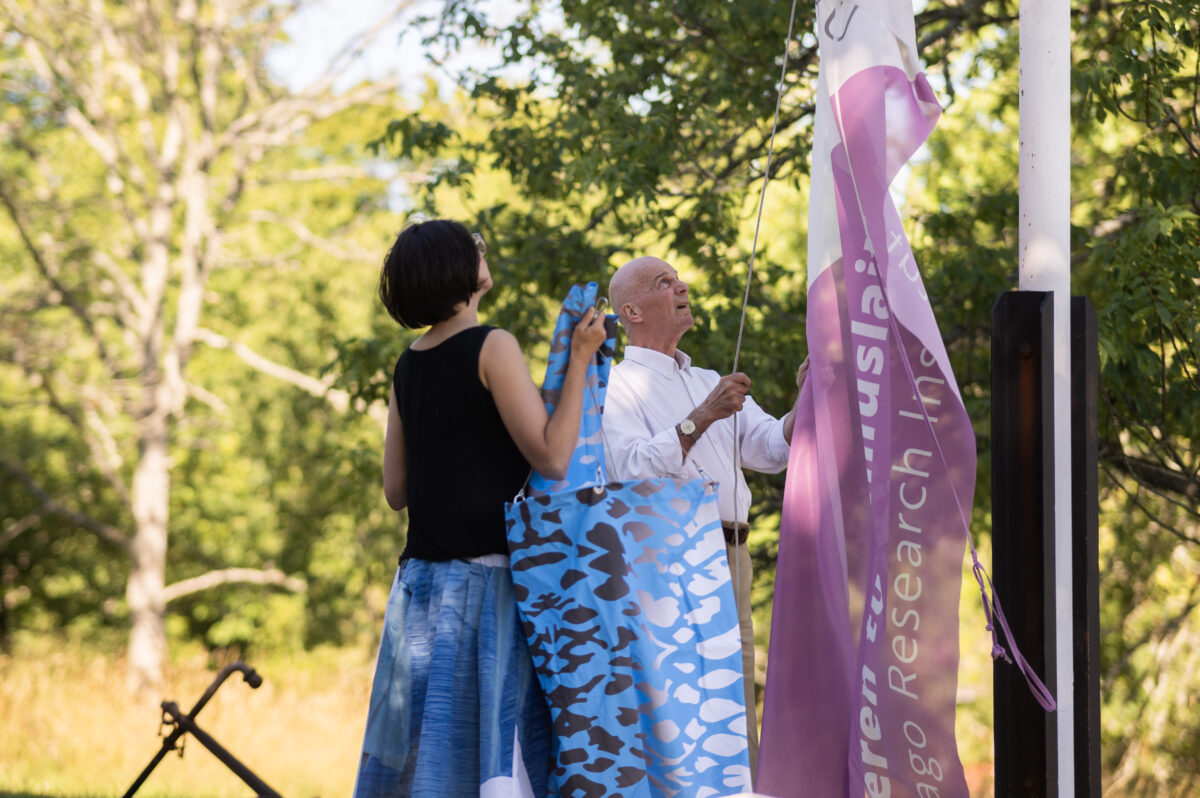 Fields of May: Herring windsock. Photo by Jussi Virkkumaa 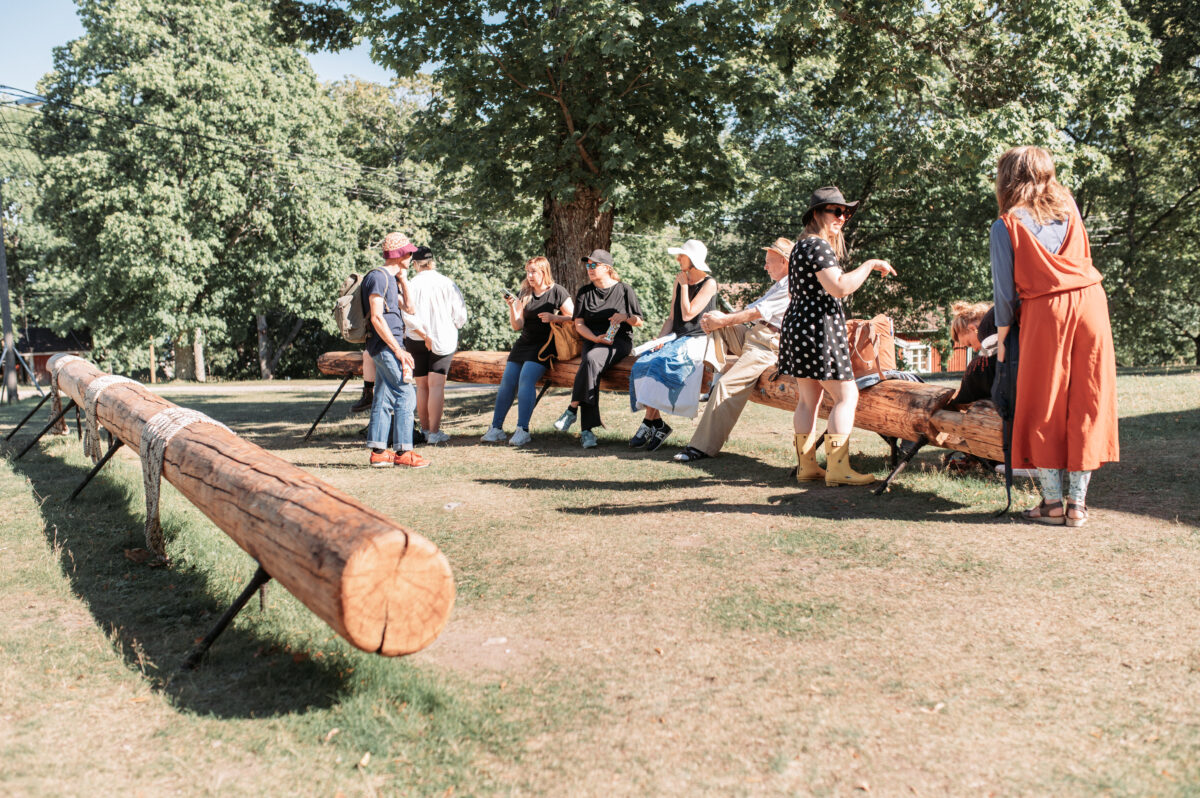 Fields of May. Photo by Jussi Virkkumaa 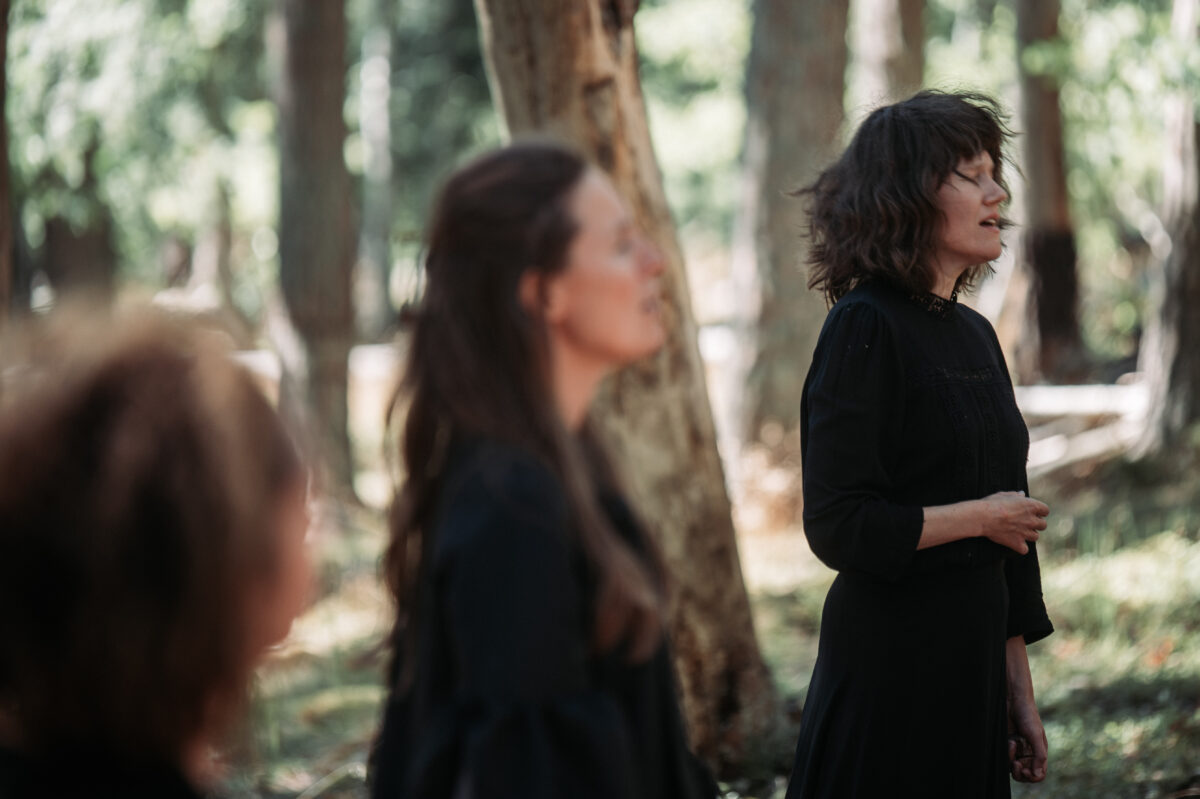 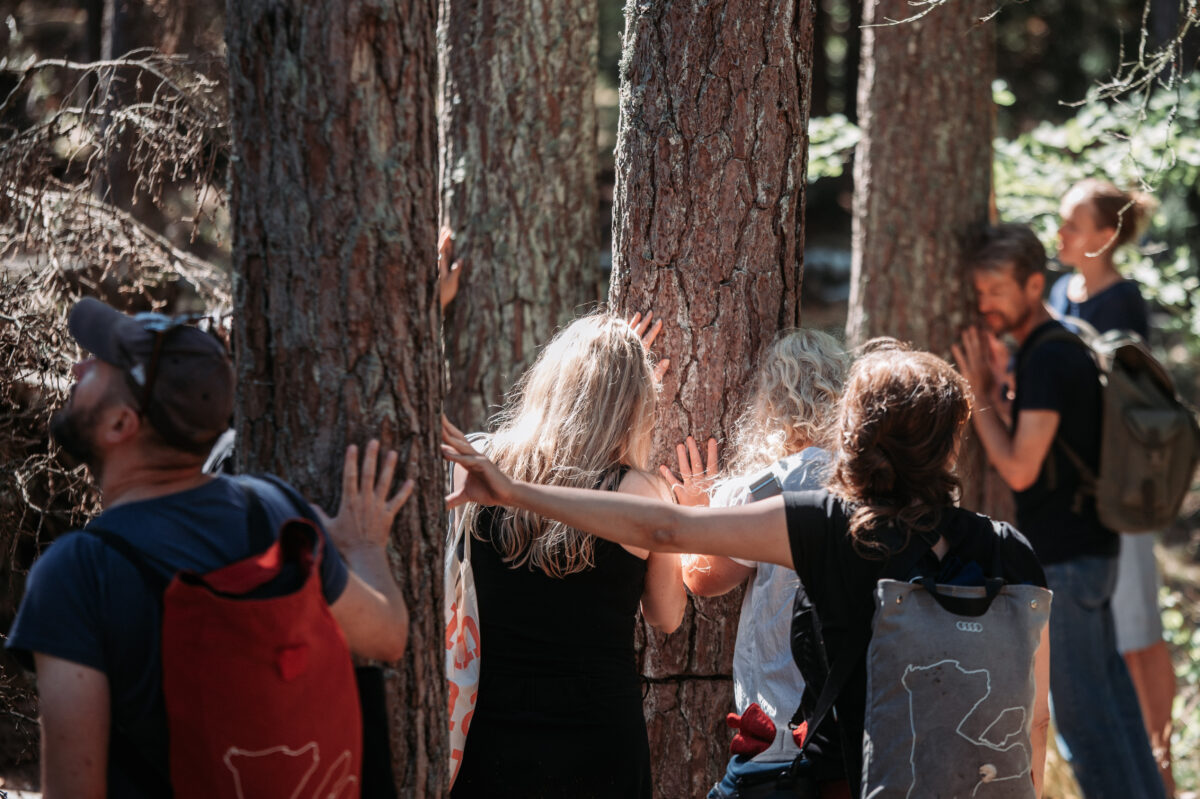 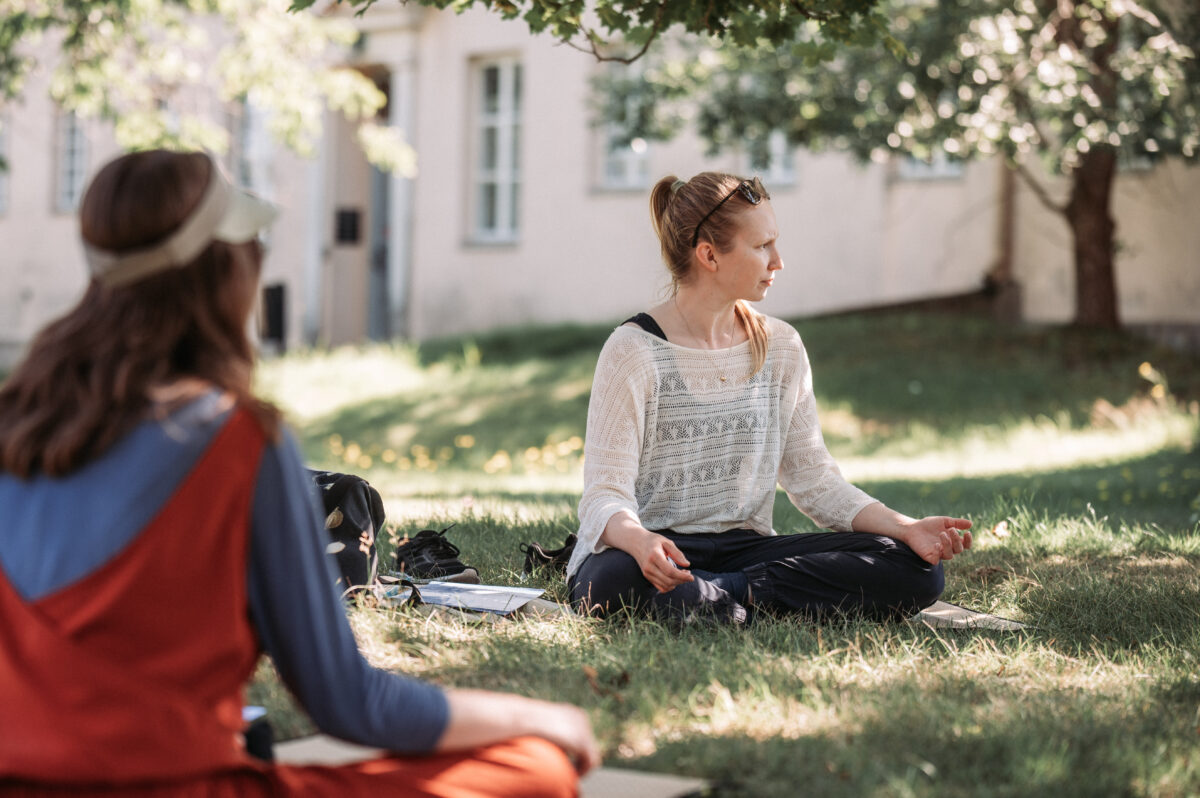 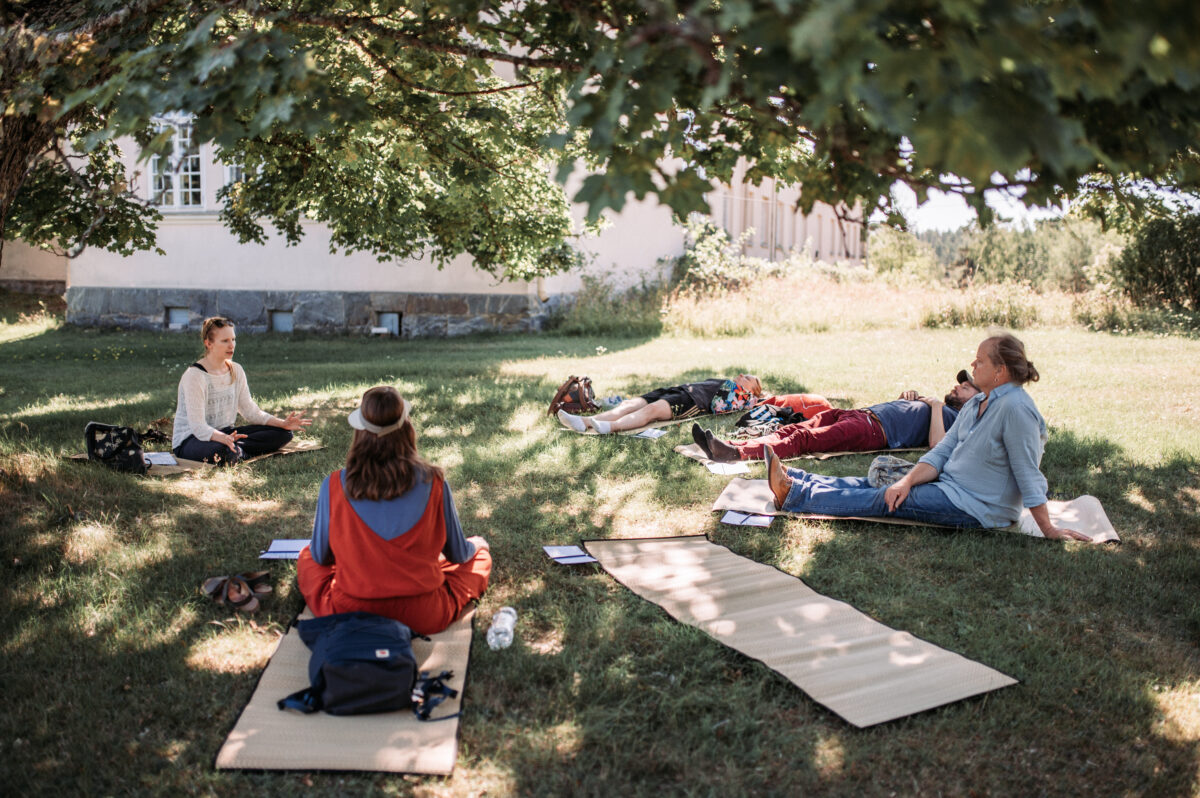 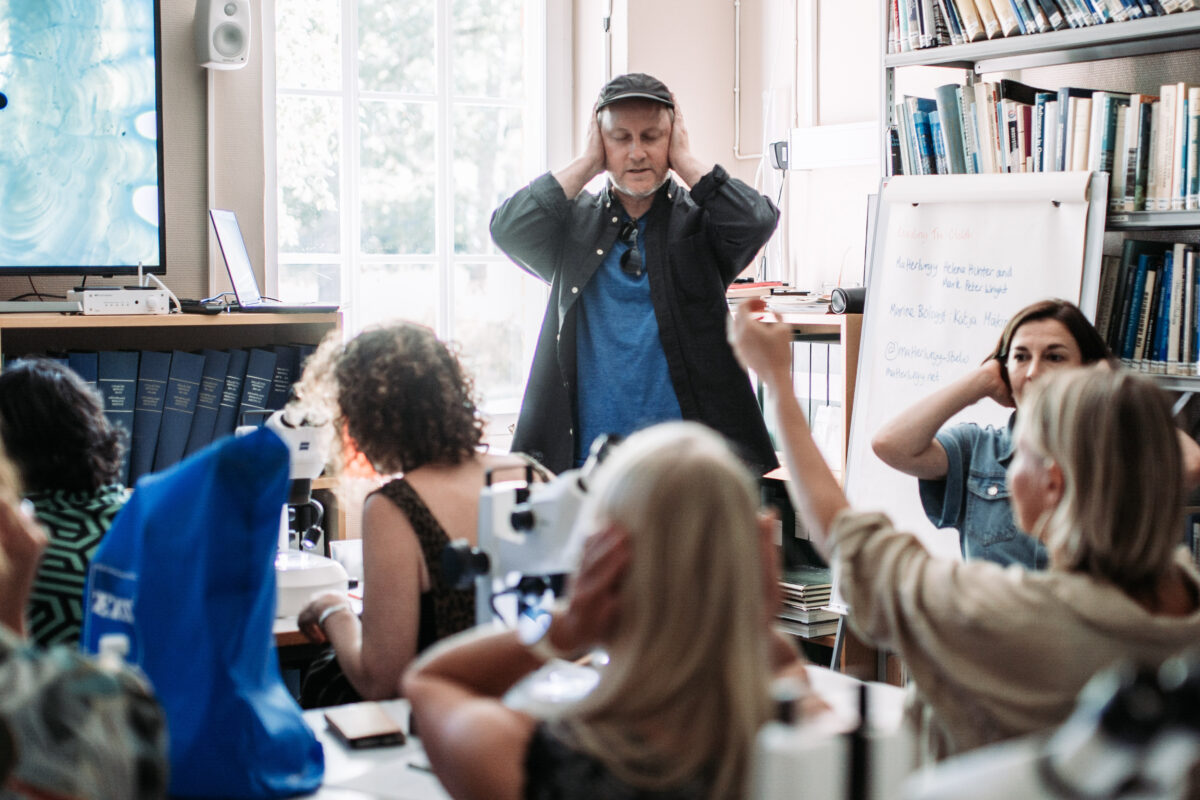 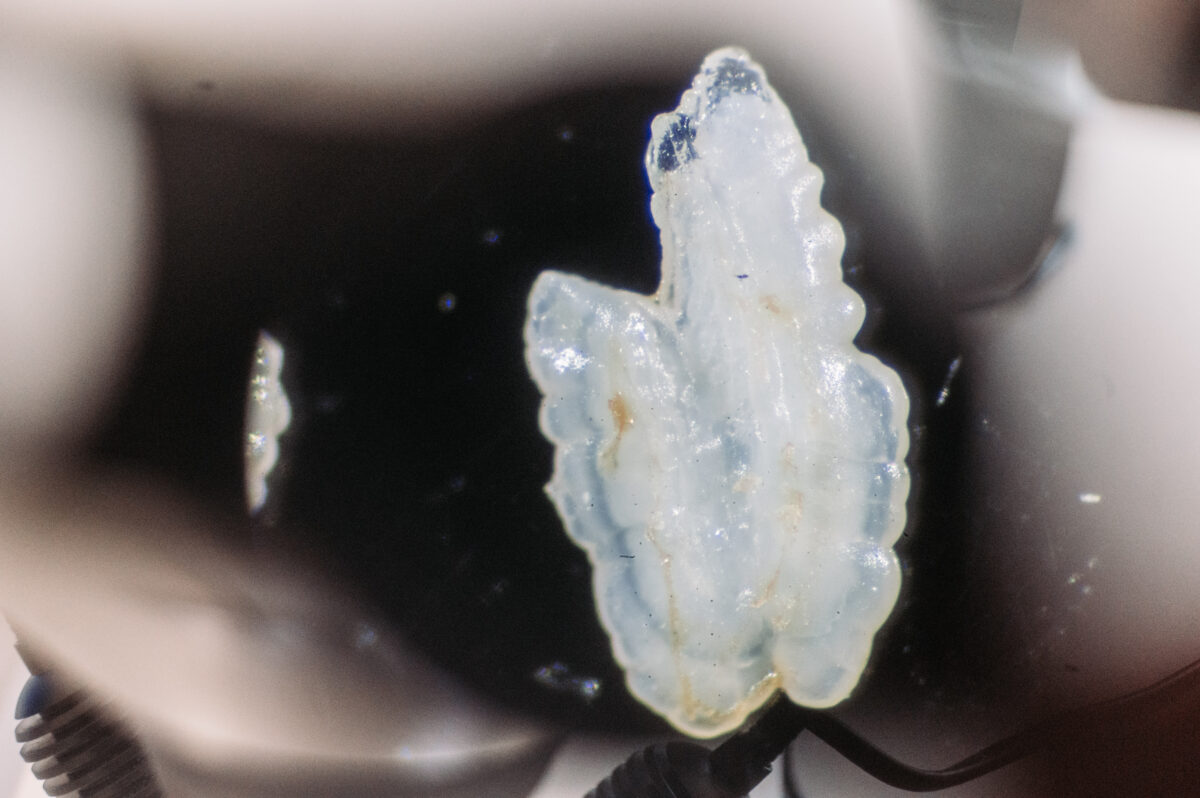 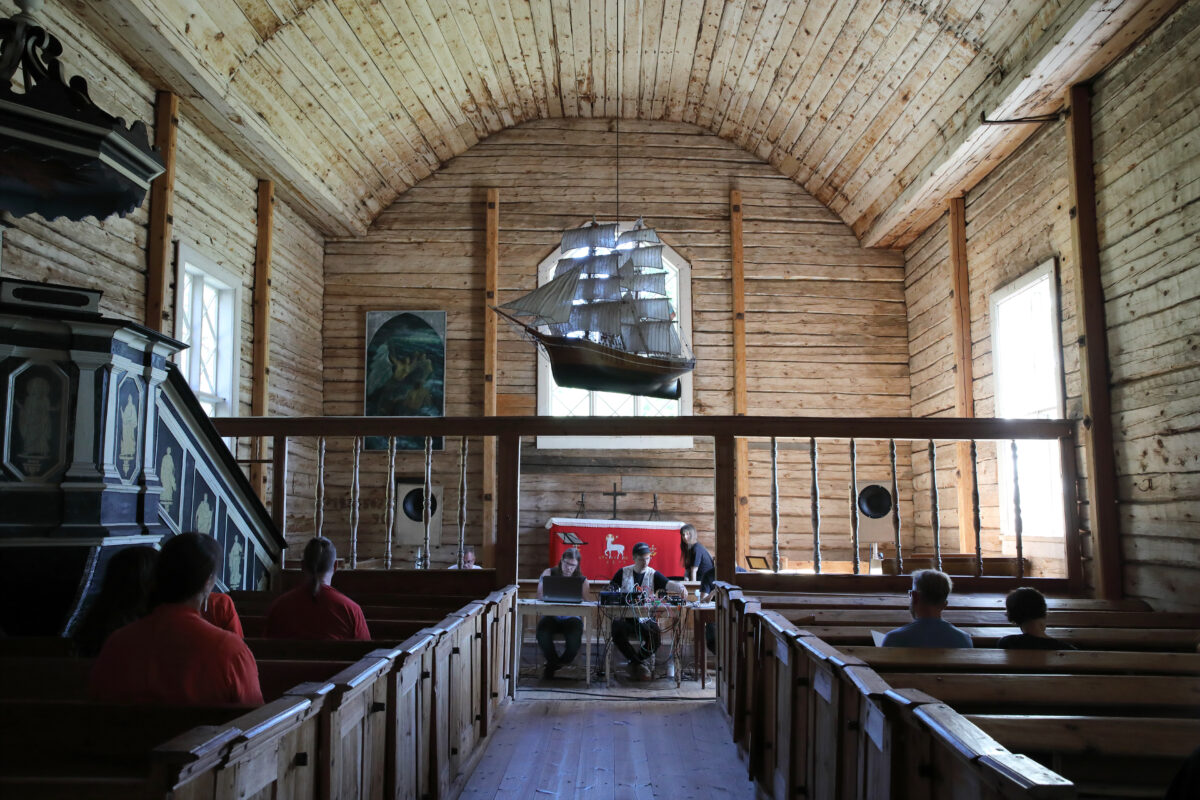 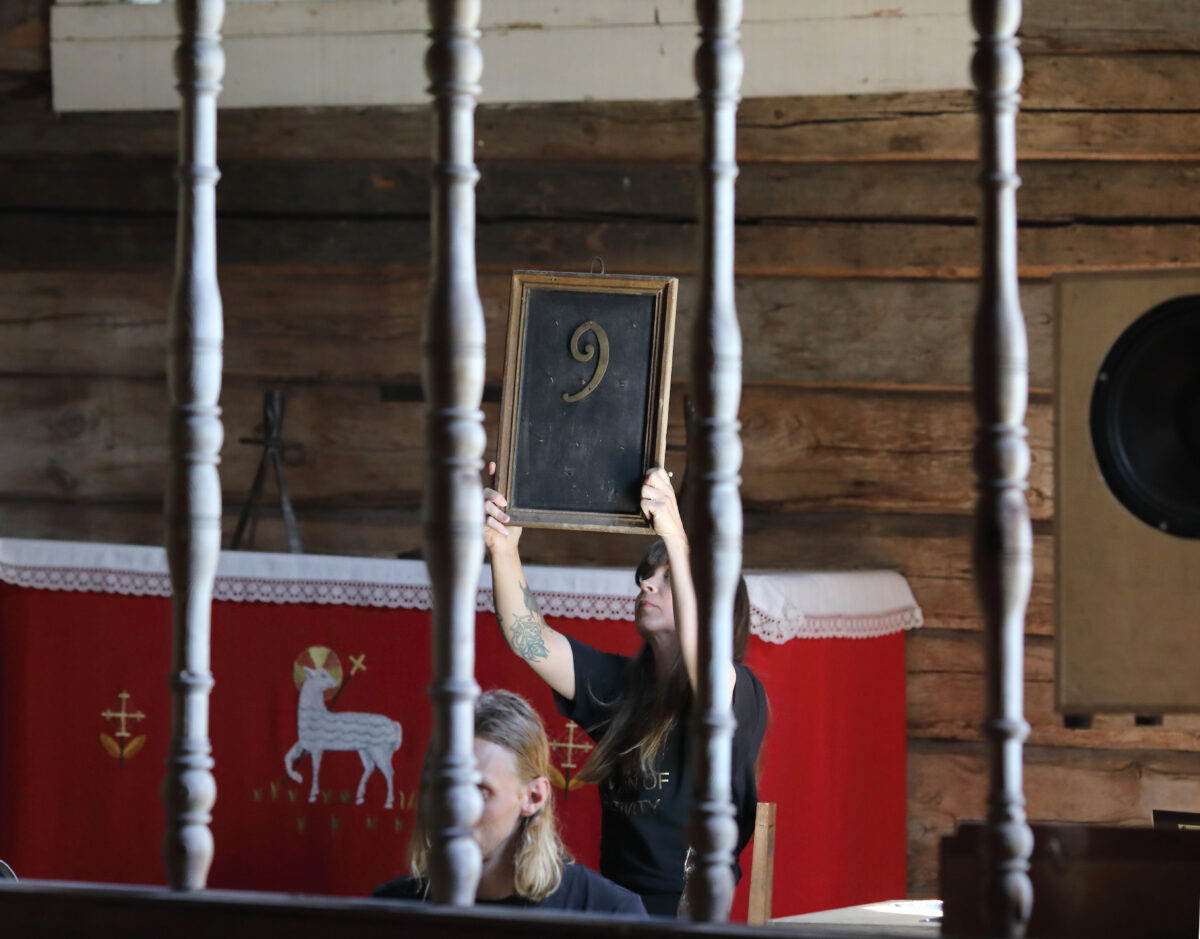 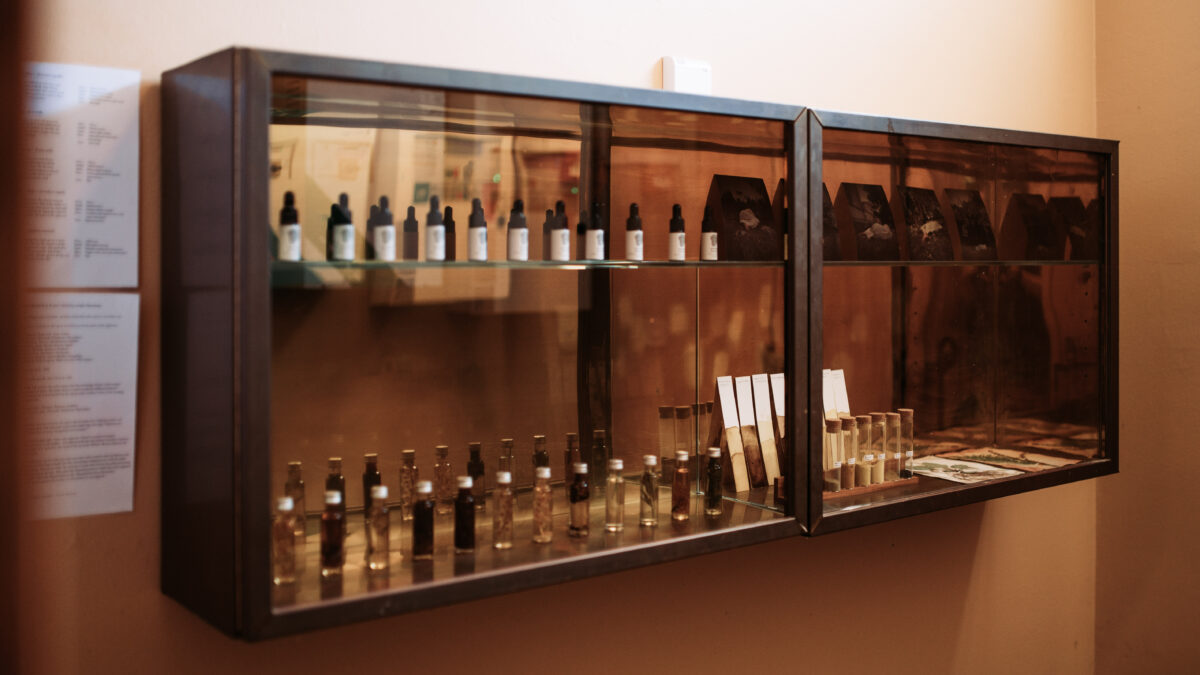 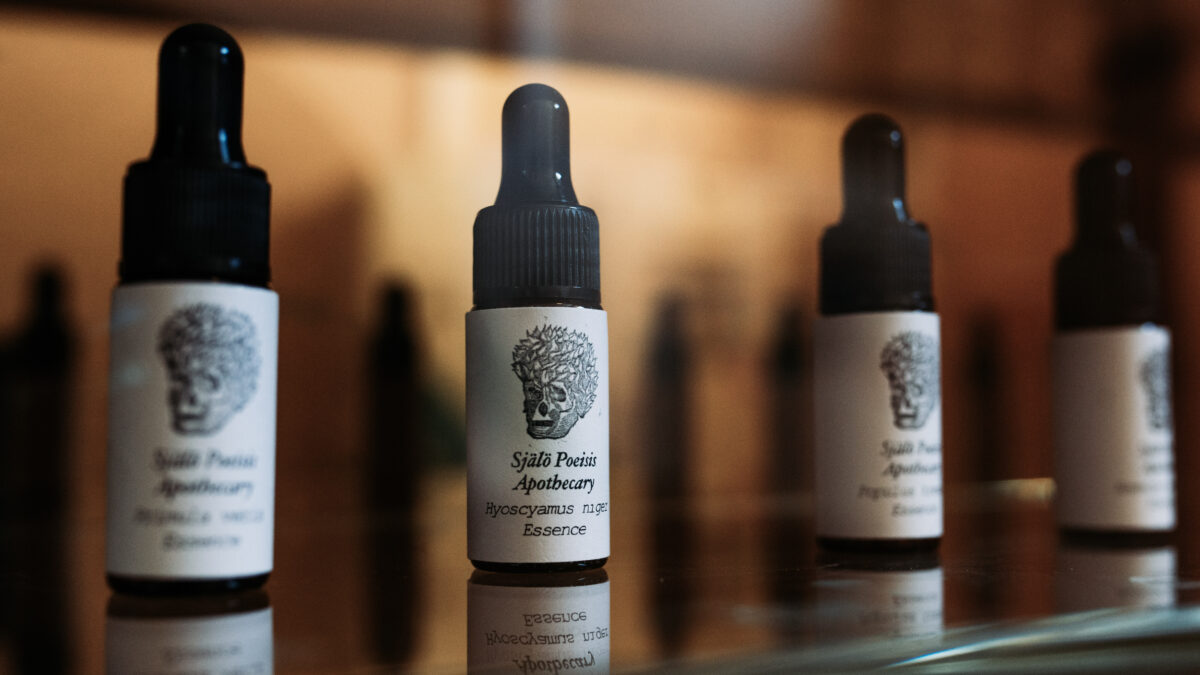