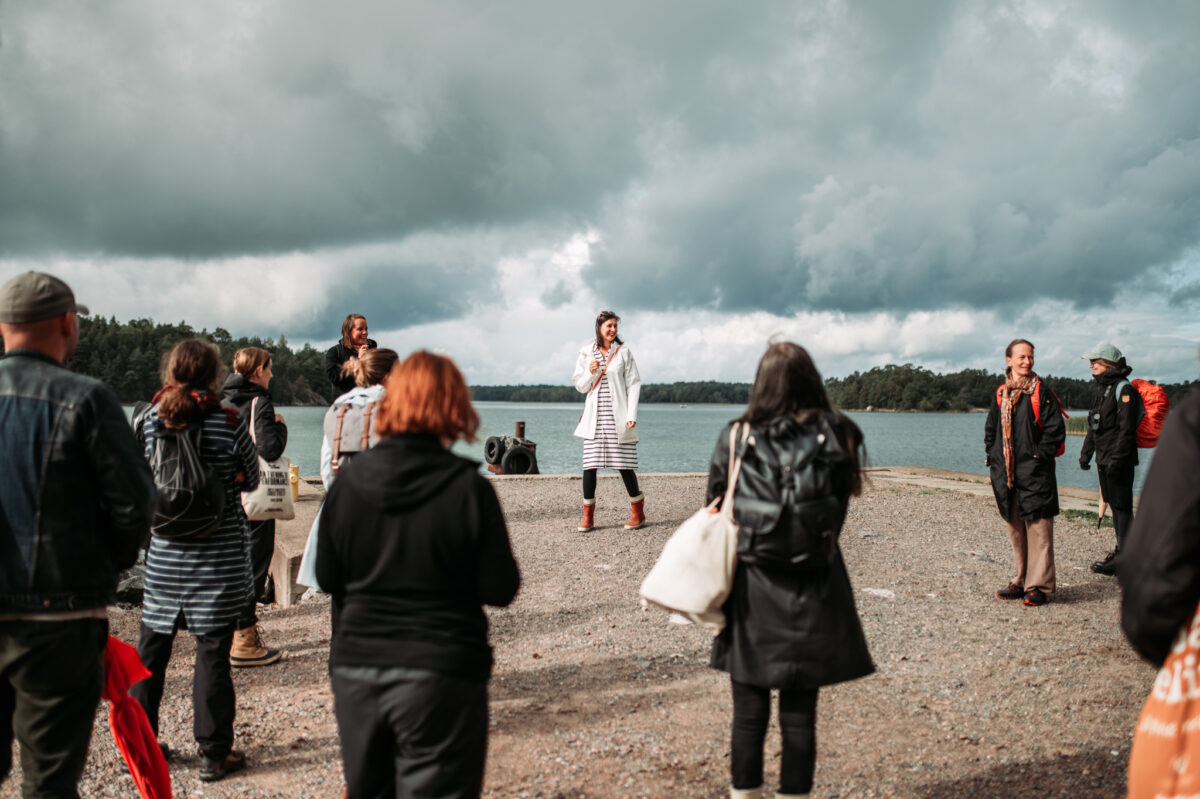 In collaboration with the New Performance Turku Festival, CAA invited festival audiences to travel to the island of Seili from the city of Turku on a day trip, 4 September 2020. The aim of the day’s programme was to share the ongoing processes of working with artists and scientists on the island. The talks, walks and performances were loosely framed by the idea of caring knowledge, with an emphasis on practices of observation as sticky entanglement. With a focus on diverse artistic and scientific methodologies, CAA invited the visitors to follow their own traces among the entwined sediments of natural and cultural histories on the island and the surrounding archipelago: how do we know what we know? How to situate our practices in the midst of ceaseless change?

The group of thirty visitors from Turku were guided on the island by filmmaker Lotta Petronella and professor emeritus Ilppo Vuorinen. Artist Saara Hannula’s tea ceremony drew attention to perennial plants on the island and the experiential knowledge stored in them. At the Archipelago Research Institute biologist Jasmin Inkinen introduced the lively microscopic underwater community of plankton.

Lotta Petronella drew from her four years of immersed study of the historical hospital archives of Seili and the women’s stories buried in there, while she also followed closely the ongoing scientific environmental research on the island for her recently premiered documentary film Själö – The Island of Souls. Petronella also shared her current research that recalls the multilayered narratives of the island through the spirit of the plants.

Ilppo Vuorinen worked as the director of the Archipelago Research Institute of Turku University in Seili between 1992 and 2016, but he first came to the island as a biology student already in the 1970s. Vuorinen recently published a book on the history of the island and the scientific research carried out there over the decades, such as the time series documenting the changes in the Archipelago Sea ecosystem.

Saara Hannula’s Matara introduced perennial plants growing on the meadows of Seili, such as lady’s bedstraw, St. John’s wort, yarrow, meadowsweet and red clover. Most of these are archaeophytes that have arrived in the Turku Archipelago as a side effect of seafaring and agriculture. They may also have been used as medicinal plants at the hospital in Seili. Matara is part of Hannula’s perennial artistic research into the traces of cultural and scientific practices performed on the island over centuries.

The day-trip was organised in collaboration with New Performance Turku as part of the 2020 festival Mobilities. The programme in Seili was coordinated by curator Taru Elfving, with the assistance of Saskia Suominen, as part of the Spectres in Change project by CAA and funded by Kone Foundation. 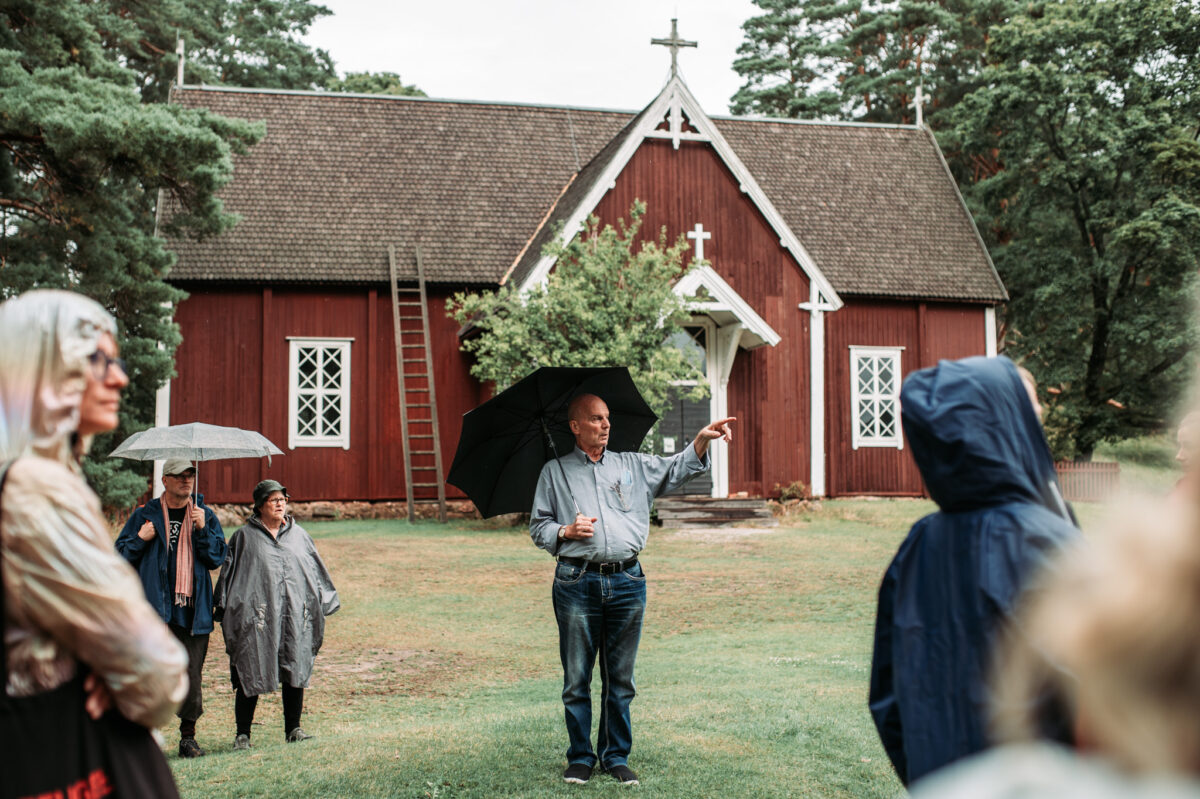