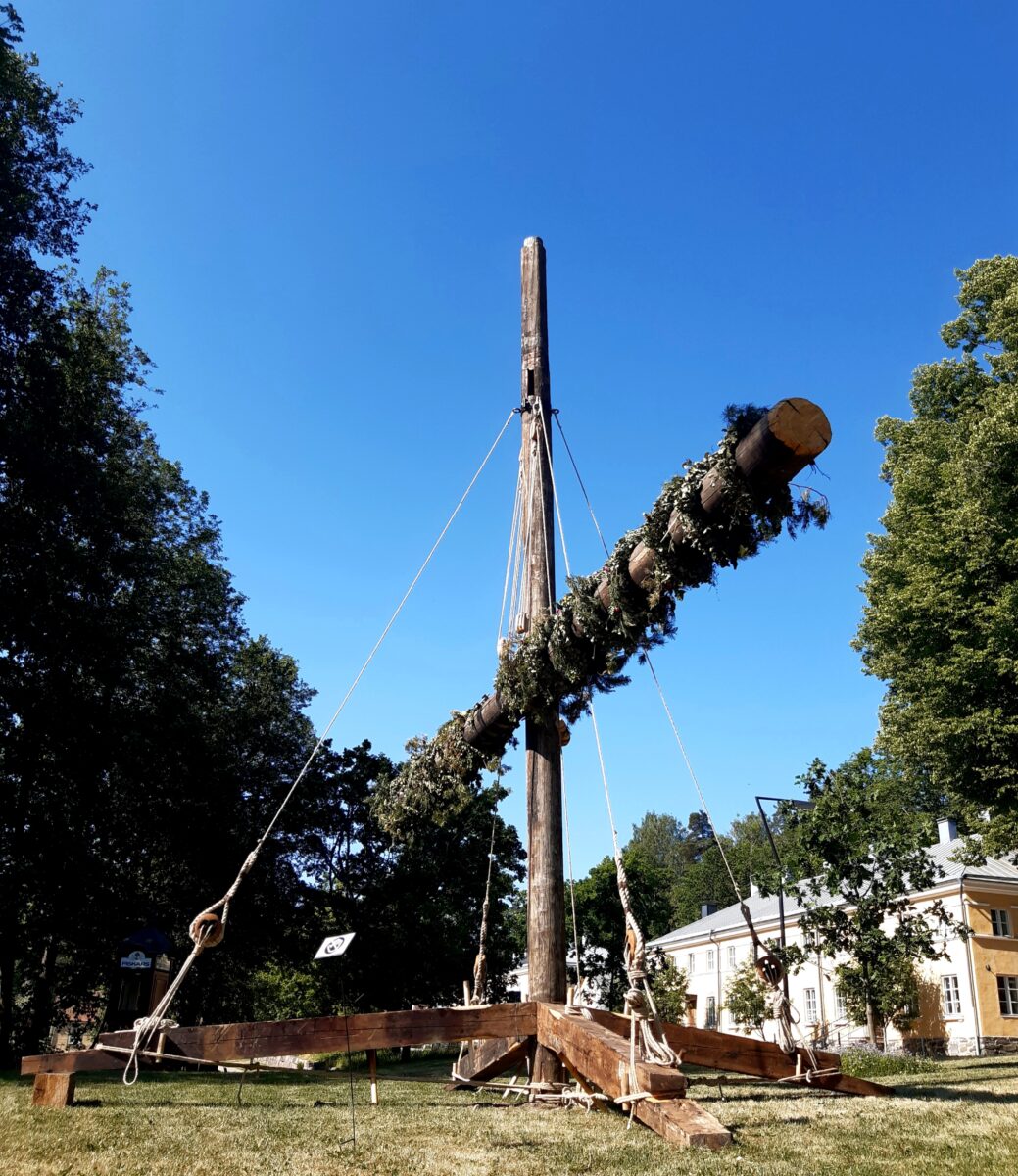 Midsummer Mast grew out of the research-led practice of FRAUD (Audrey Samson and Francisco Gallardo) that has been focused in forestry and arboriculture, examining their couplings with historical commodity chains (shipbuilding, timber and mast trades, wood derivatives and emission markets among others). Invited by CAA, the artists visited the Turku Archipelago and Fiskars in autumn 2019. Their encounter with the museum ship Sigyn, which had recently sourced new masts from the Fiskars forests, initiated a collaboration with carpenters and shipwrights to think of ways to salvage the discarded parts. The installation Midsummer Mast was realised as part of the exhibition Meadow, organised by ONOMA in Fiskars during Summer 2020.

Midsummer pole is a pre-modern summer-solstice related tradition celebrated in many European countries. This custom was also celebrated in certain villages in the west of Finland, including Fiskars, a legacy of the Swedish Empire’s rule.

Birch and pine garlands decorated poles which were erected in offering of good harvests, celebration of the beginning of the “light days” (Celtic calendar), or as popular tribunals where governors, barons and kings were deposed and punished if ruled guilty. These May Poles were hoisted in fields and meadows known as the “Ey-commons” or “Fields of May”. Thus, meadows operated as the highest court in popular law – now known for example in England as “commons law”.

The Sigyn, built in 1887, needed new masts in 2018. This wooden barque that crossed the oceans and seas for trade a hundred years ago, the last remaining of its kind, is now a museum ship in Turku. Unlike last century, when Finland provided most European Empires with the timber and tar to build their fleets, when scouting for the mast material in 2018, only a handful of trees in all of Finland were found to be of suitable size. The three trees ultimately used to re-mast Sigyn were found in Fiskars forest.

To foster an exchange between traditional and contemporary practices, the Midsummer Mast in Fiskars has been conceptualised and built in collaboration with shipwrights and carpenters. It is made from salvaged discarded masts, spars and other maritime wares from the Sigyn, donated by Forum Marinum.

As the unprecedented environmental crisis creates further emergencies, FRAUD proposes “salvaging” as a way to question the meaning of traditions. Now that there might not be a world to “hand over” to the coming generations, nor is it possible to “return to the sources”, how do we re-claim traditions?

Midsummer Mast was commissioned by CAA as part of Spectres in Change project, funded by Kone Foundation.

The work was supported by ONOMA, Forum Marinum, Sigyn Foundation, Fiskarin Laatupuu Oy, Ruusupapu, Fiskars Oy, and Fiskars Historical Archives. The work was made possible through a collaboration with Entisöinti Rinne Oy. 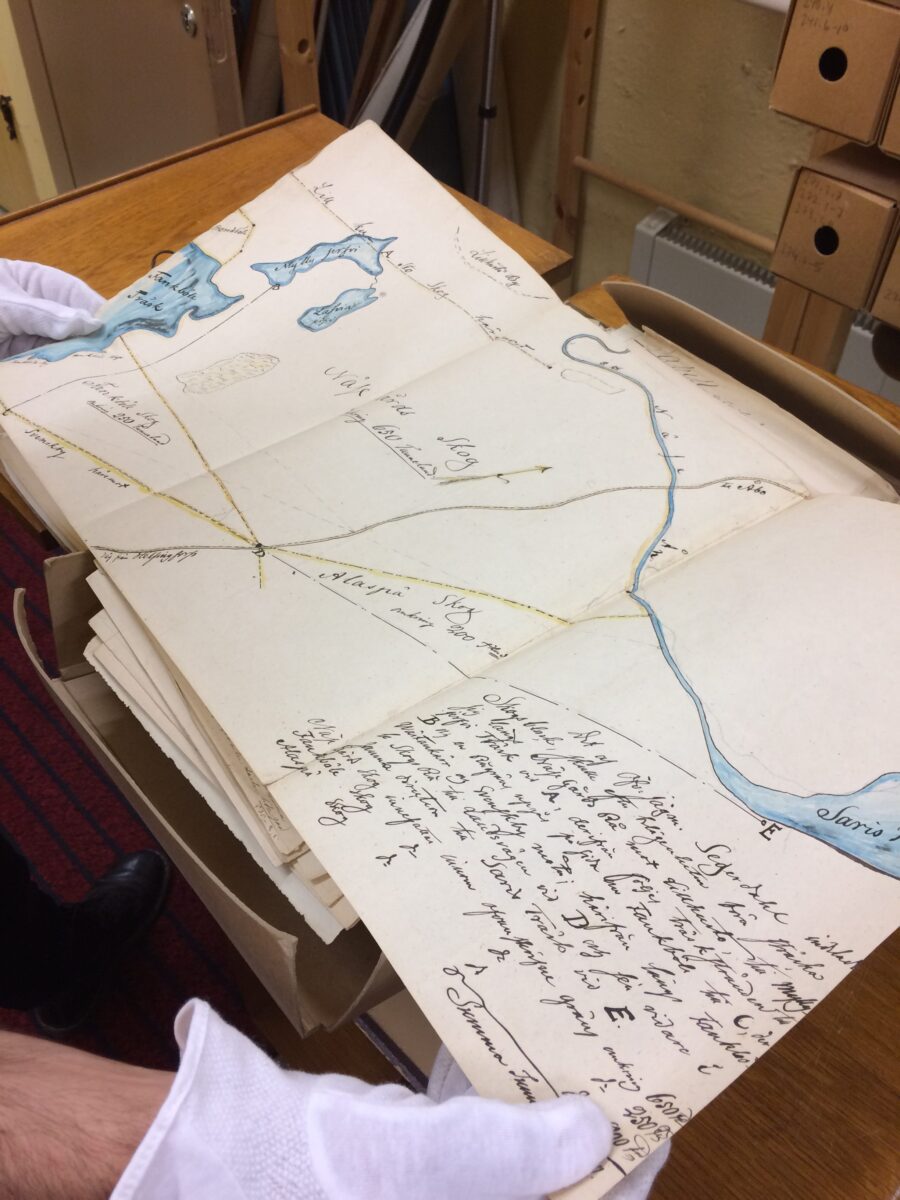 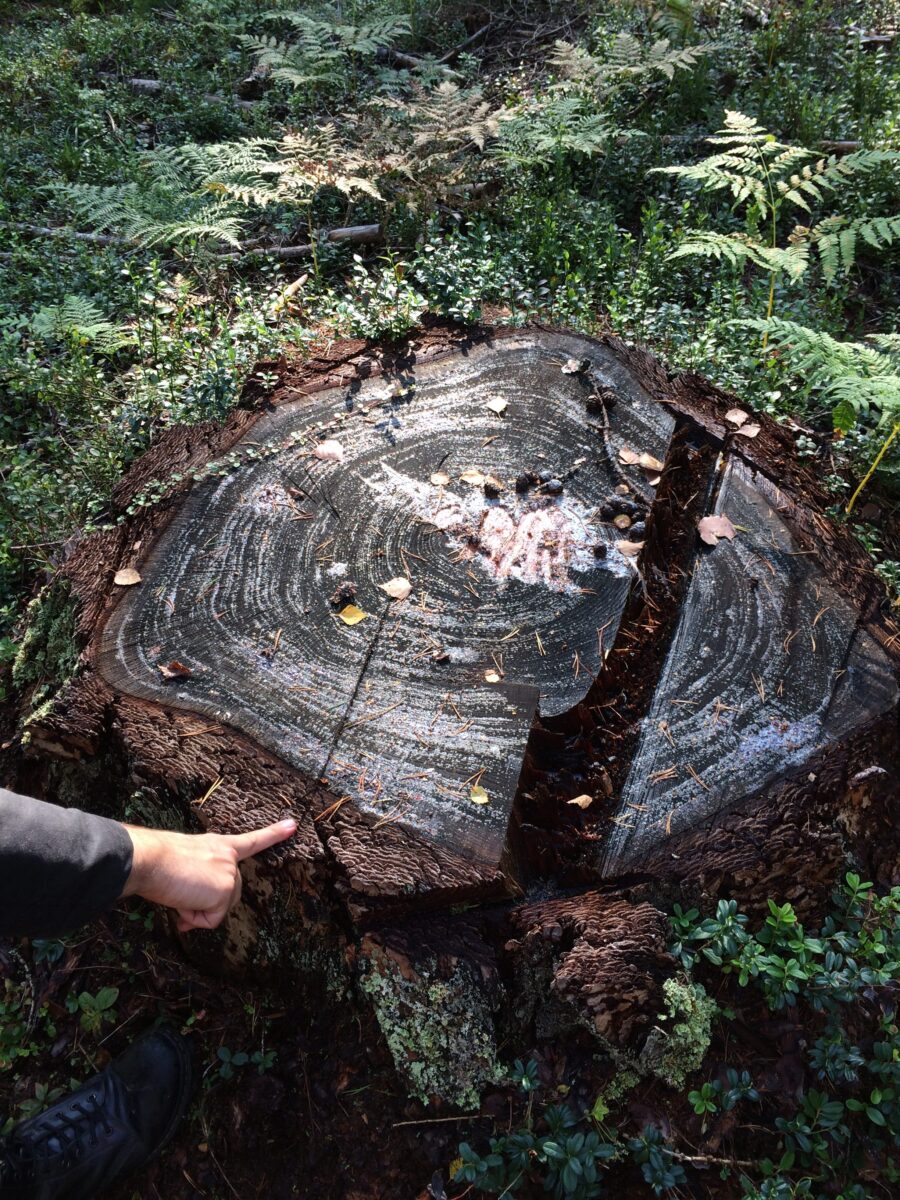 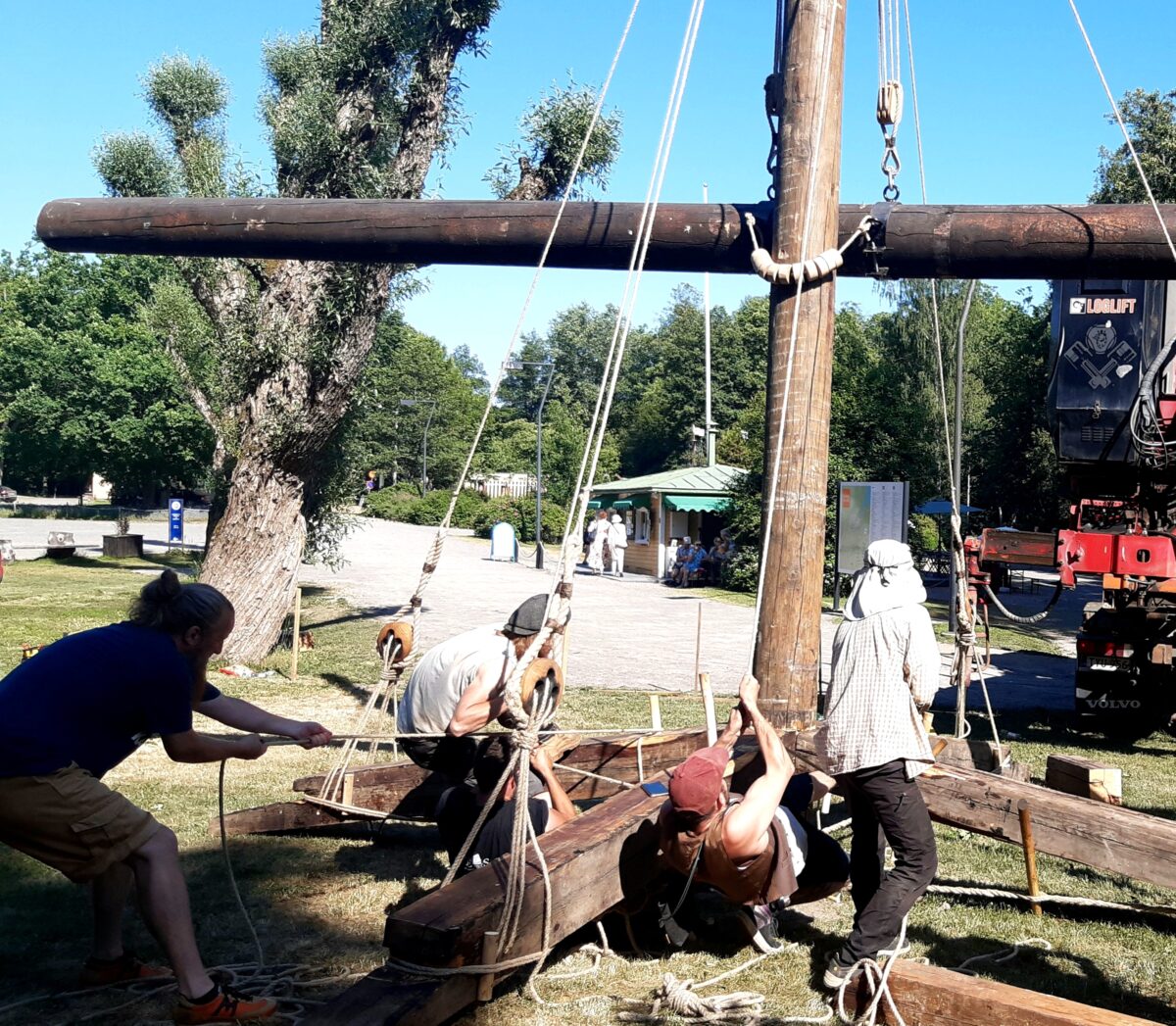