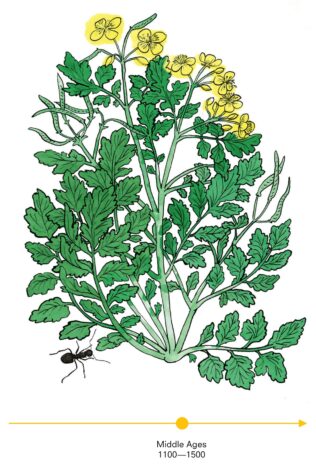 It is impossible to say where greater celandine orginally came from, such is the extent and length of time that humans have cultivated it. In southern Finland it is an archaeophyte, presumably introduced by monks in the Middle Ages, if not earlier. It is already mentioned in King Gustav Vasa’s letter to the Viipuri garrison in 1556. Greater celandine has spread from cultivated areas to broad-leaf forest, rocky sites and fertile cliffs. Greater celandine was widely used for medicinal purposes and for dyeing; the latex in the stem gives a dark yellow colour. The seeds have a fleshy structure which ants like, and the ants spread the plant when transporting the seeds. Birds that eat ants may spread greater celandine even further, but humans are probably the most effective long-distance dispersers of the plant. 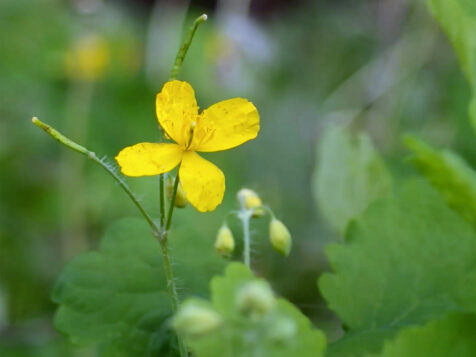 Near the main building, which used to be the mental asylum, there is a rocky slope which was cultivated as a garden in the 19th century. Several plants from the asylum era still grow there, including Finnish white roses, and apple and cherry trees. In summer the scent of dotted loosestrife (Lysimachia punctata) is discernible; a popular outdoor ornamental plant since the early 20th century. Wild marjoram (Origanum vulgare), with its blue-tinged flowers, grows next to the main building wall. The plant is native to Finland, so it may already have been used as a spice and as medicine during the leper hospital era in the 17th century. There may have been other, smaller gardens in Seili near the residential houses, where plants such as herbs, cabbage and hops were grown for food or medicinal purposes. Henbane (Hyoscyamus niger) was one of the most important medicinal plants from the Middle Ages up to modern times. Henbane is extremely poisonous, but it was valued due to its narcotic effect. Another medicinal plant still growing at Seili today is common figwort (Scrophularia nodosa), used to treat inflammation, swelling and warts.