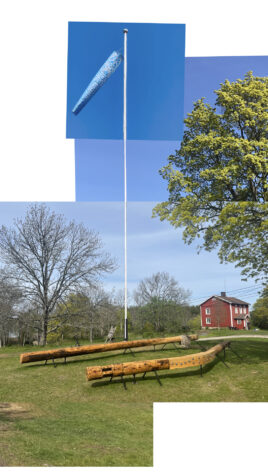 Fields of May is an infrastructure converging practices and historical-material specificity which create the conditions of possibility to conjure worlds attuned to non-extractive rhythms.

The installation consists of salvaged discarded masts, spars and other maritime wares donated from the museum ship Sigyn – a wooden barque built in 1887 that crossed the oceans and seas for trade. As Seili is situated next to the old Baltic maritime trade route, where passenger ferries pass today, Sigyn would have routinely sailed past this island. In 2018, the ship needed new masts. Unlike last century, when Finland provided most European Empires with the timber and tar to build their fleets, scouting for the mast material in 2018 brought with it new challenges – only a handful of trees in all of Finland were found to be of suitable size. 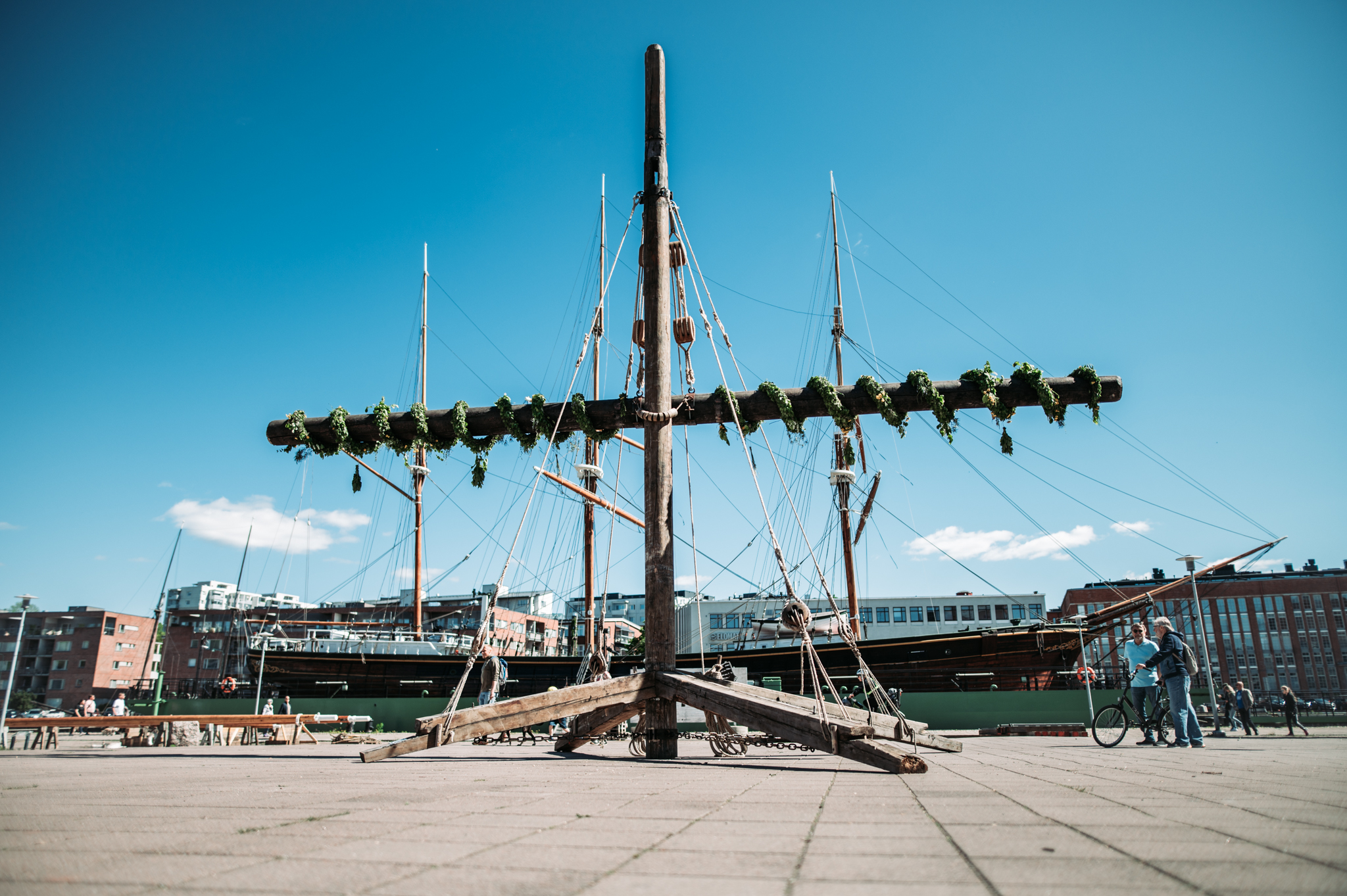 The Sigyn’s masts were previously erected in an installation named Midsummer Mast in 2020 (Fiskars) and 2021 (Turku). The installation drew inspiration from the pre-modern summer-solstice related tradition, where birch and pine garlands decorated poles which were erected as an offering for good harvests and celebrated the beginning of the ‘light days’ (according to the Celtic calendar). Here in the Archipelago, maypoles were bound to the liberalisation of maritime trade, and, in the 19th century, the appearance of the ritual in the area demonstrated the prowess of the village’s shipbuilding capacity and ability to collaborate. 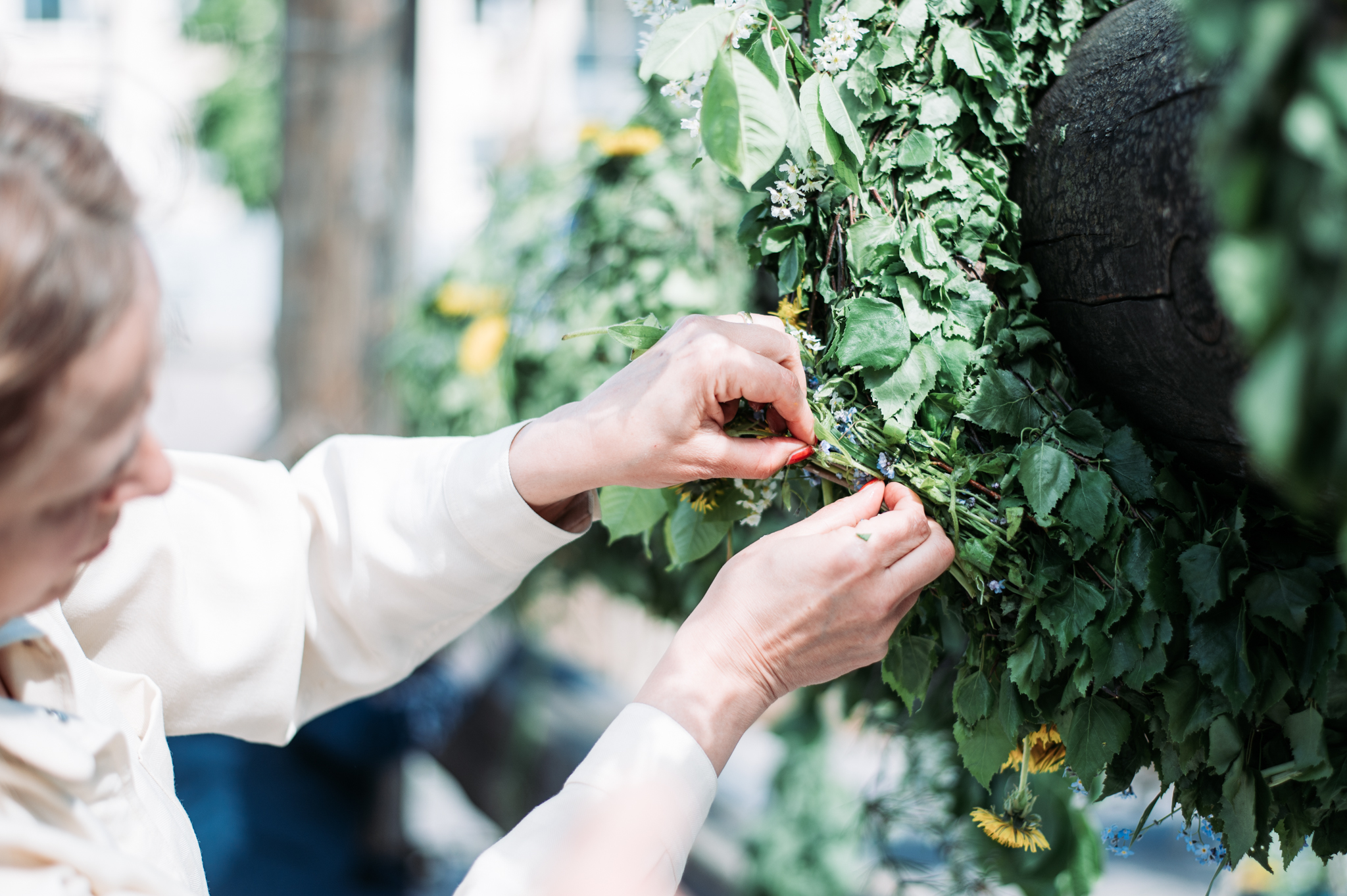 Earlier in England, these structures also acted as popular tribunals where governors, barons and kings were deposed and punished if ruled guilty. ‘Maypoles’ were hoisted in fields and meadows known as the ‘Ey-commons’ or ‘Fields of May’. Fields of May operated as the highest court in popular law – now known for example as ‘commons law’. Juridical and environmental maypole traditions thus inform the artwork commission, Fields of May, as an infrastructure which aims to foster an enquiry into the reach of the so-called ‘Blue Economy in the Baltic Sea’. 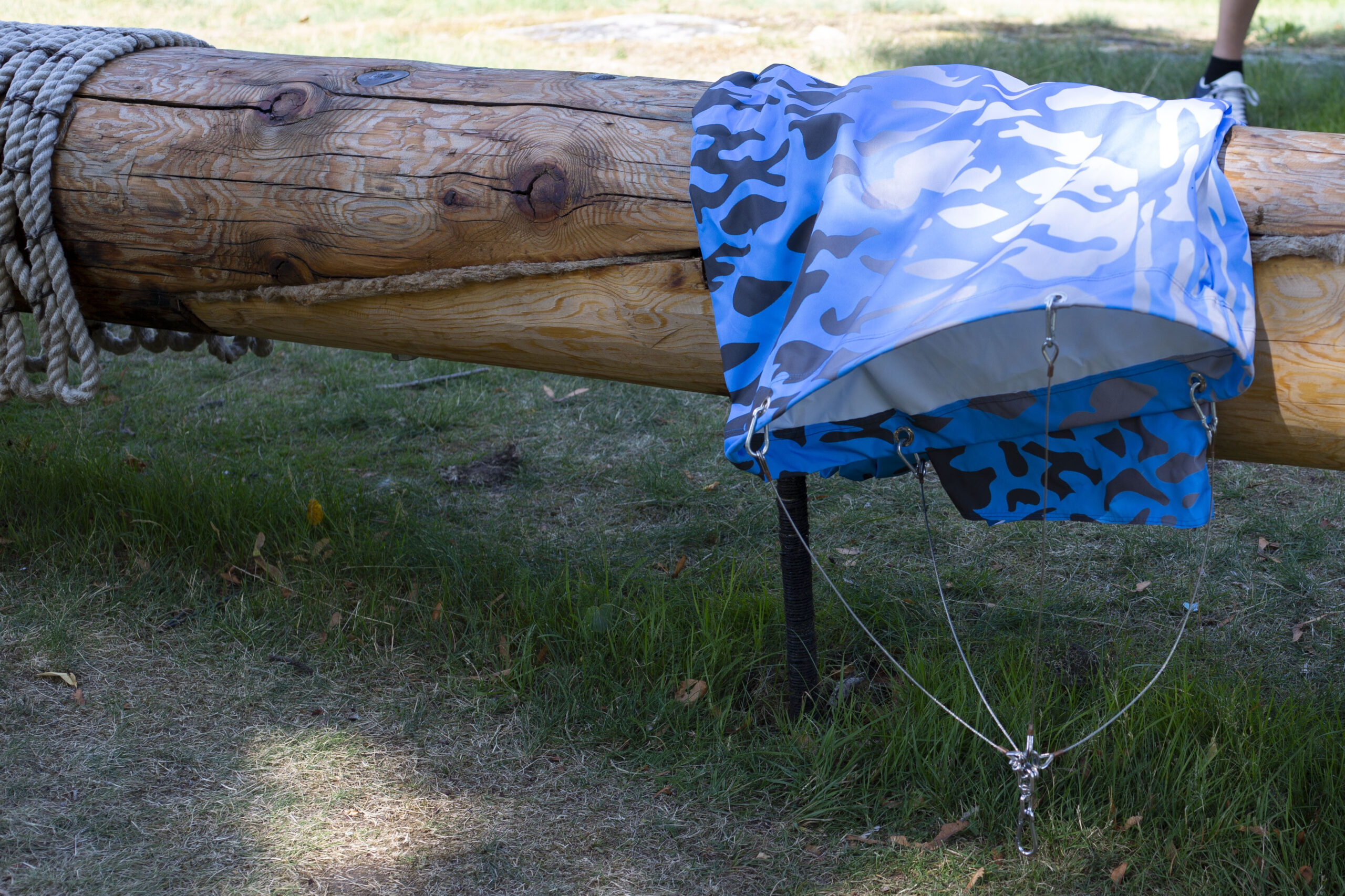 The salvaged masts, which compose the seating area, bear witness to colonialism and timber trade as much as to the changing nature of Finnish forests. They act as a structure to chair multidisciplinary events to discuss the potentiality of more-than-human legal ecologies. In honour of one of the Archipelago Research Institute’s important protagonists and research focus, a herring indicator of wind speed and direction has been designed by the artists, reminding us to, amongst our other oceanic friends, follow the herring. 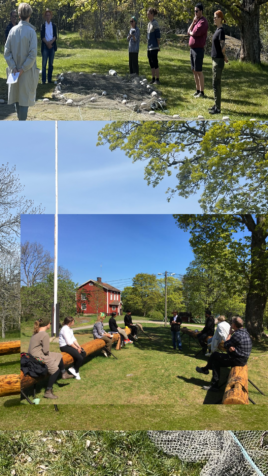 Fields of May is commissioned by CAA as part of Spectres in Change, funded by Kone Foundation.In addition, the commission has received funding from Acción Cultural Española and Canada Council for the Arts. Fields of May was inaugurated in May 2022 in Seili as part of an exhibition and a public programme in collaboration with the Archipelago Research Institute.